Second paragraph of third chapter:I had read this many many years ago, and enjoyed it to the extent of going out of my way to visit Bulgakov's house, now a museum, on the first of my two visits to Kiev. (I didn't learn a lot - everything was in Russian or Ukrainian. Might be different now - my Russian is better and I imagine they have broadened out their appeal a bit.)

The book was first published in Paris in 1967, long after the author's death in 1940. It tells the story of the devil visiting Stalinist Russia, and interacting destructively with the institutions of literary power. The unnamed Master is the author of a novel about Pontius Pilate and Yeshua Ha-Notsri (Jesus the Nazarene); Margarita is his lover. There are some very vivid images and moments, and also some very clever allusions to what could not actually be said in the Stalinist era. However I have to admit I found the plot rather rambling and difficult to grasp, and the satire (as so often) a bit too happy with its own cleverness. So I'm not sure that I would go back to it a third time. Still, you can get it here.

This was the top book on my shelves that I had read but not reviewed online. Next on that list is Zen and the Art of Motorcycle Maintenance, by Robert M. Pirsig. 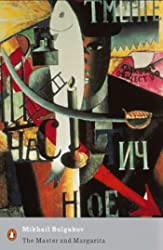 One of my reading programmes is to go chronologically through the winners of the BSFA Award for Best Novel, the Arthur C. Clarke Award and the Otherwise Award (formerly the James Tiptree Jr Award). In order to keep up momentum, I've decided to do all the winners of a given year simultaneously, for a better comparison. So this takes me to the awards made in the year 1999 for work done in 1998: the Clarke Award went to Tricia Sullivan's novel Dreaming in Smoke, the BSFA Best Novel to The Extremes by Christopher Priest, and the Tiptree, very unusually, to a short story, “Congenital Agenesis of Gender Ideation by K.N. Sirsi and Sandra Botkin”, by Raphael Carter. (This was the first time, and until last year the only time, that the Tiptree was awarded solely to short fiction.)

There's very little crossover between the various shortlists. The Tiptree published a "shortlist" of no less than 26 other works, and a long list of another 20, none of which was on the BSFA Best Novel or Clarke lists. (The Tiptree shortlist did include the BSFA Short Fiction winner, “La Cenerentola” by Gwyneth Jones.) The Extremes, which won the BSFA Best Novel award was on the Clarke shorlist, and The Cassini Division by Ken MacLeod was shortlisted for both BSFA and Clarke. This was the year at Connie Willis's To Say Nothing of the Dog won the Hugo for Best Novel, and the previous year's winner, Forever Peace by Joe Haldeman, published in 1997, won the Nebula because of the latter's weird nomination cycle at the time. Octavia Butler's Parable of the Talents, published in 1998, won the Nebula the following year.

Second paragraph of third chapter of Dreaming in Smoke:

I felt there was a good book in here trying to get out. It's a feminist take on human colonisation of an alien planet, spoiled by the annoyingly lazy and passive character of the protagonist, and by various dream sequences which aren't really all that descriptive and don't take the plot further. I found it rather hard to engage with, frankly, and perhaps it is a novel that demands more effort from the reader than I was in the mood to give. You can get it here.

I am happy to count all of that year's Clarke judges as friends, and no doubt they made what seemed to them the right choice, but I am really surprised that it was chosen ahead of The Extremes or The Cassini Division, both of which I enjoyed much more. (The other shortlisted books, none of whcih I had heard of let alone read, are Cavalcade by Alison Sinclair; Earth Made of Glass by John Barnes; and Time on My Hands: A Novel with Photographs by Peter Delacorte.)

Second paragraph of third chapter of The Extremes:

The problem of being a witness, as they described it, was having to decide where to be before the action began. You had to witness, be close enough and see enough so you could write a report afterwards, but you also had to survive.

I liked The Extremes a lot more - it seemed to me a bit of a departure from Priest's usual beat, set firmly in a coastal town in Kent with virtual reality, coming to terms with the ghosts of mass murder and a bit of sex all key ingredients to the plot. If anything I felt it was a bit too straightforward compared to some of Priest's other work, but it was still highly satisfactory, with a beginning, a middle and an end which all cohered from the two main characters' viewpoints. You can get it here.

As well as The Cassini Division, I have read two of the other three books on the BSFA shortlist, Inversions by Iain M. Banks and Queen City Jazz by Kathleen Anne Goonan, missing out so far on To Hold Infinity by John Meaney. I think in the end I'd have voted for Ken MacLeod over the others, though it would have been a close thing.

Sirsi and Botkin could not immediately go to Rajasthan, so they used samples Sirsi had previously taken in an effort to identify the gene for agenesis of gender ideation, hoping to find it in families closer to home. A preliminary analysis found six candidate genes on the x chromosome that were present in all the affected family members but none of the others. Two of these genes had well-known functions and could be discarded, but Botkin had to find and interview people with each of the other four. Ten years ago this would have been an impossible task; the availability of genetic databases made it feasible, though not precisely easy (people are understandably alarmed when asked to come in for tests based on a cell sample taken five years ago).

Of the 26 shortlisted works for the Tiptree Award, I think I have read three - Brown Girl in the Ring by Nalo Hopkinson; Parable of the Talents by Octavia E. Butler; and “Story of Your Life”, Ted Chiang. I think I have also read three of the long list - Children of God by Mary Doria Russell; “Oceanic” by Greg Egan and Six Moon Dance by Sheri S. Tepper. However, I think the judges got this one right, given what the Tiptree Award is meant to be about. The story is written (rather loosely) in the style of a scientific paper, explaining the authors' research into a group of people who are simply unable to distinguish gender. If you're exploring a "my god, what if?!" idea like that, there's no need for much in the way of plot or characters (though the story does have both), and it's a very good challenge to the reader's preconceptions. It's also very short. It's not available separately but you can still get the original publication here and (slightly cheaper) the reprint in a Tiptree anthology here. 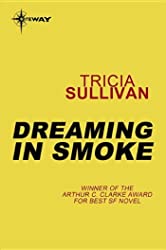 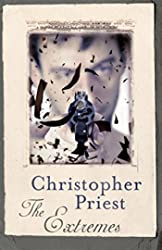 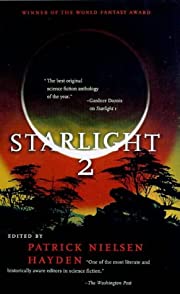 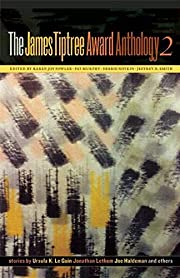 Next up, the awards made in 2000 for work published in 1999: The Conqueror's Child by Suzy McKee Charnas, The Sky Road by Ken MacLeod and Distraction by Bruce Sterling. 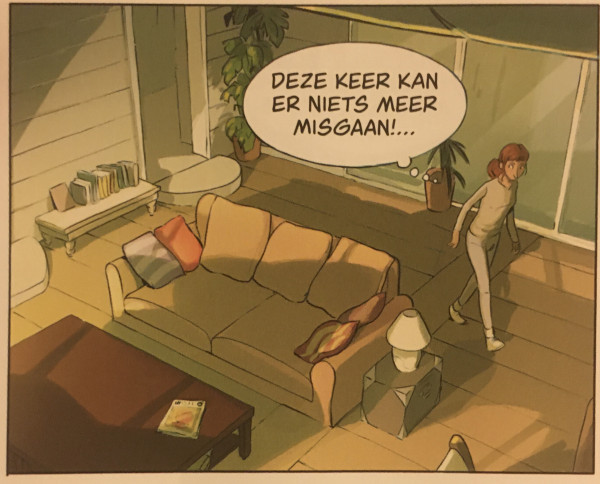 This time nothing else can go wrong...
Second frame of third chapter of De dag waarop ze haar vlucht nam:

*giggle* For the first time in my life I am doing something crazy! I am heading off!
Just like that! I'm taking a plane to go visit people who I don't even know!
These looked promising on the shelf in FNAC, so I bought them for Anne for Christmas, and have now got around to them myself. I was a bit annoyed to realise, soon after starting, that I had actually got Dutch translations of the original French bandes dessinées - Le jour où le bus est reparti sans elle and Le jour où elle a pris son envol. (There are two more volumes, Le jour où elle n'a pas fait Compostelle and Le jour où il a suivi sa valise.) It was fairly easy to spot because the architecture of the city where our protagonist lives is very obviously Parisian. The creators are a bit less obvious; the writer is credited as "Béka", the joint pseudonym of Bertrand Escaich and Caroline Roque, and the artist as "Marko", the pen-name of Marc Armspach. Maëla Cosson seems to be the colorist's real name, but the Dutch-language translator is identified only as "Xmed". I'm not in a position to judge how accurate the translation is, but it's idiomatic and comfortable at least.

The first book is rather charming, as Clementien (presumably Clémentine in the original), heading off to a yoga weekend with a bunch of people she doesn't know, is left behind during a pit stop and approaches enlightenment with Antoine, the wise and kindly owner of the roadside motel/café where she has ended up. Many Zen parables are told. In the second book, she puts her life on hold to go to Berlin and find further enlightenment and Zen parables, and to be honest it doesn't work as well; the joke perhaps has worn a bit thin. I'm not really inclined to seek out the third volume. However, the first is recommended. 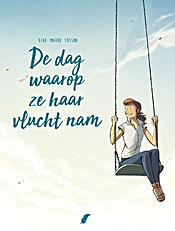 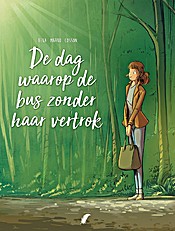