Image of the Fendahl, by Simon Bucher-Jones (and Terrance Dicks)

I have vivid memories of watching Image of the Fendahl when it first came out in 1977 - in retrospect, the last really satisfactory story of Season 15 of Doctor Who, though as a ten-year-old I was generally forgiving. When I rewatched it after thirty years in 2008, I wrote:

I remember being a bit underwhelmed by Image of the Fendahl when it was first broadcast [am no longer sure that is true!], but I really liked it this time round. Having mourned the disruption of the Doctor/Leela partnership by K9's arrival in my write-up of The Invisible Enemy, actually we're back to business as before here as the tin dog is out of action for plot purposes. Odd to think that this was the first story with a contemporary setting since The Hand of Fear a year previously (they averaged about one a season in those days). Yet again I find reinforcement for my view that the Leela/Four pairing is the Best Evar, with the contrast between the two quirky regulars sharpened by the crazy Earthlings they are dealing with; Louise Jameson is so expressive even without saying anything. Also my memories of first time round are tempered by the attempt to do much the same thing again a few years later but far less successfully in K9 and Company. Having said that, there are some surprising lapses of direction: the prolonged scenes of the Fendahl manifesting in the cellar lack a certain something, and there is a peculiar shot in episode 3 where we are treated to a prolonged close-up of the Tardis console. But in general it was rather good fun.

Watching it in sequence with the whole of Old Who a couple of years later, I wrote:

This is, so far, a season of re-trying tested formats. After the base-under-siege story and the space opera story, we have a new take on the Hinchcliffe-era horror story in Image of the Fendahl. It mostly works, and if it weren't for the fact that it comes so soon after the even more successful horror stories done in the Hinchcliffe era this would have a better rep among fans. But I think it does a lot of things better than, say, The Masque of Mandragora or the Pertwee stories which used similar themes, and the Fendahleen themselves are memorably icky. The tension between and among the scientists and the Tyler family keeps us guessing as well.

It's also yet another brilliant story for Leela, by her creator Chris Boucher, who wrote three of the six stories featuring her and the Doctor without K9. She is great at challenging and teasing the Doctor, efficiently violent but also pragmatic, also just a little vain about her new dress. More on this later, but Jameson's performance is tremendously enjoyable here as elsewhere.

Rewatching it now, I thoroughly enjoyed it, even with its flaws. For all that the Holmes/Hinchcliffe era of Who is generally described as "Gothic", this is the one story that really does tick all the Gothic boxes, and Hinchcliffe has already left and it's Holmes' last story as script editor. I think also the Doctor and Leela as viewpoint yet alien characters work very well to shed some light on our world as others might see it. 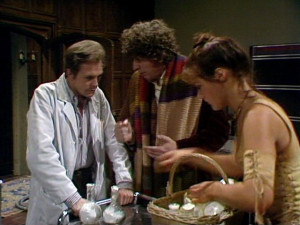 The guest cast are all fully integrated. This was Wanda Ventham's first acting job after returning to work from the birth of her son Benedict; I wonder what happened to him when he grew up? 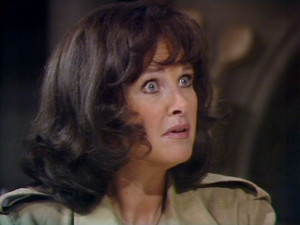 And Daphne Heard is just fantastic as Granny Tyler; within a year she would go on to be Peter Bowles' mother in To The Manor Born. 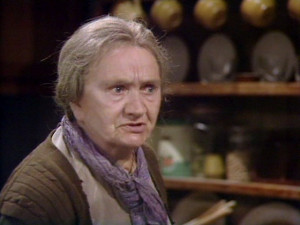 And the script has some great lines.

DOCTOR: Yes, Fendelman. Tell me about him.
MOSS: Well, he's foreign, isn't he. Calls hisself a scientist. They do say he's one of the richest men in the world. You wouldn't think so to look at him, scruffy devil. They say he made his money out of electronics, but that don't seem likely 'cos he ain't Japanese.
DOCTOR: Japanese?
MOSS: No. His people dig up bodies.
DOCTOR: They do? Splendid.
LEELA: Grave robbers.
DOCTOR: Or archaeologists. 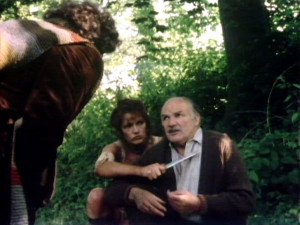 The second paragraph of the third chapter of the Terrance Dicks novelisation is: 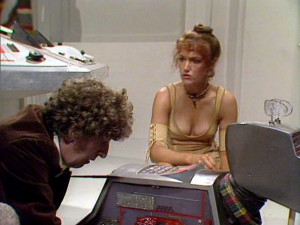 When I first reread the book in 2008, I was not forgiving:

Doctor Who and the Image of the Fendahl is again a stick-closely-to-the-script effort, which makes the holes in the story a bit less easy to ignore.

I should concede that Dicks does (as he often did) give most of the incidental characters an introductory paragraph explaining their background and motivations, which is in fact a nice set of additions to the narrative. You can get it here.

Anyway, the reason I'm revisiting all of this is that the Black Archive series of Doctor Who monographs chose to ask Simon Bucher-Jones to write up Image of the Fendahl as the series' fifth volume. The second paragraph of the third chapter is:

Image of the Fendahl begins with a blond young man talking to a skull. But this isn’t Hamlet and the Skull isn’t, at least to begin with, a reminder of all humanity’s mortality. Adam Colby jokes about it and calls it ‘Eustace’, and as an archaeologist he doesn’t find it in any way sinister, merely puzzling. Expository dialogue between Colby and his colleague Thea Ransome explains that the skull is anomalously 12 million years old, although still that of ‘modern’ Homo sapiens. 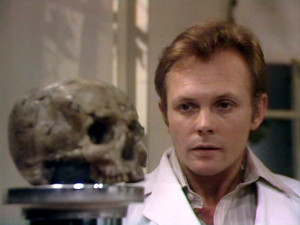 I generally enjoyed this, but I am going to start with a serious imperfection in the .epub version which I bought: endnotes and references to them are wrongly joined up, with individual endnote references sometimes taking you to the start of that chapter’s notes section, rather than to the specific note, and sometimes instead to the start of the bibliography for the book as a whole; meanwhile if you do find your endnote, read it, and then want to return to the main text, clicking on the reference instead brings you to the start of the chapter you were in, rather than to the place where you left off. Other books in the Black Archive series have got this right, as most ebooks do, and you would have thought it a fairly straightforward technical tweak, even with 180 notes to a text with rather fewer pages. This may seem like petty whining, but in a book like this where there is a lot of good stuff in the endnotes, the publisher's failure to hyperlink them correctly is a real barrier to reading pleasure.

Which is a shame, because otherwise more than any other book in the series so far, this gave new depths to my enjoyment of something I already really liked. As usual, it is neatly divided into thematic chapters, and as usual, I’ll quickly summarise them in order.This is meaty stuff, all done in tremendous, affectionate and often convincing detail. Recommended. You can get it here.

A few years ago I read The Taking of Planet Five, co-written by Bucher-Jones, an Eighth Doctor novel which picks up on the Fendahl and a couple of the other things mentioned above, but I did not rate it all that highly. However, I very much enjoyed the Fendahl’s appearance in the Kaldor City audios, set in the same continuity as both Robots of Death and Blake’s 7, and starring, among others, Scott Fredericks in his B7 role as Carnell, though he is also Max Stael in Image of the Fendahl. Kaldor City is also recommended, though more difficult to get these days I think. 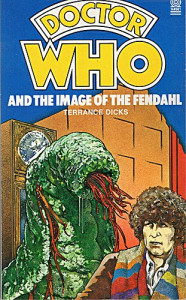 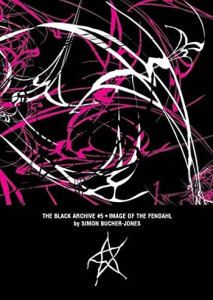