Here are my thoughts on this year's Hugo finalists in the Best Novella category. All of them are from Tor.com, a clean sweep previously achieved by Asimov's in 1996 and 1991 - though in those days there were usually only five on the final ballot, not six.

6) The Empress of Salt and Fortune, by Nghi Vo. Second paragraph of third chapter:

Five cubed dice. Bone and gold. The figures inscribed in silver on each side include the moon, a woman, a fish, a cat, a ship, and a needle.

One has to start pruning somewhere. This is a sweeping fantasy narrative set in an alternate China. I'm afraid I slightly lost the run of it.
5) Finna, by Nino Cipri. Second paragraph of third chapter:

Ava dropped the box carrying the FINNA on the ground and squatted next to it. Behind them, in the Nihilist Bachelor Cube, the maskhål squirmed in the air. The seam between their world and another universe twitched restlessly. Ava turned her back to it, so she wouldn’t have to look.

I liked all the rest. This has a hapless worker for a multidimensional IKEA-like company pursuing a missing customer and romance across the dimensions. Didn't completely gel for me, but came very close.

“Why is it so important for you to find something that fits her, when she’s still wailing and crying and snotting all over everything?” she asked. “You call me the nonsensical one, but right now it feels like you’re putting the frosting before the fire.”

I don't like most of McGuire's work - there, I've said it! - but I do enjoy the Wayward Children stories, most of which have previously had Hugo nominations. This is a further installment in the narrative of Jack and Jill, twin sisters who featured in two of the earlier stories; now they have swapped bodies and there are dark doings with zombies and Frankensteinish creations. Not quite as good as the first of the series, but still entertaining.

She watched them across the fire as she helped Cye cut up jerky for stew. Over the fire, a pot of beans and water and dried tomatoes was just starting to bubble, and the steam from the stew combined with the smoke from the fire to haze the evening air. It put the three women into soft focus, reminding Esther of the Why We Fight reels that always played before Approved films—but these three women weren’t young soldiers fighting on foreign soil for the prosperity of the United States.

This is great stuff, a tale of a future authoritarian USA where lesbian travelling librarians are the preservers of all that is good about culture. Young Esther joins them and gradually finds out more about the uncomfortable reality of her society. A great read.

Frenchy’s Inn not the only colored spot in Macon. But tonight it’s the one to be at. Most here is sharecroppers and laborers. Every table packed. Where there ain’t tables people on their feet, roosted on the stairs—fitting in however. Hardly room to dance or a patch of quiet to think. Whole place is a hot, sweltering, haze-of-July-in-Georgia mess. But long as the liquor pouring and the music going, everybody right as rain.

A very dark spin on Birth of a Nation as a Lovecraftian summoning mechanism, thwarted by African-American sorcerors in an alternative 1922. Well put together and timely.

She raises her hand, grips a pinch of air between her fingers, then throws her hand down, as though she were pulling a cord under a trapdoor.

I'm being partly sentimental here: Tochi and I have been friends since 2006, when he was an undergraduate at Yale trying to make sense of the Balkans, and I have been thrilled to watch his career develop since then. I entreated the DisCon III WSFS team this year (successfully) to let me be the one to send him the "Congratulations, you're a Hugo finalist" message; one of the high points of a process that, er, also had its lows for me.

But it's not just sentimentality. This is a really good story which, like Ring Shout, addresses the contemporary debate about race in America, but rooted in today and the recent past rather than 1922. The two protagonists are a girl with psychic powers and her brother, who of course gets imprisoned for the crime of being black. We get a raw tour through recent crisis points, and ends on a note of empowered defiance. A real thrill, and it gets my vote. 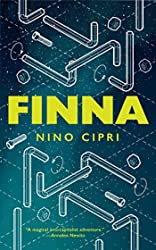 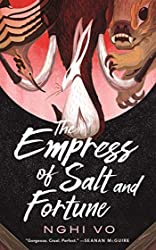 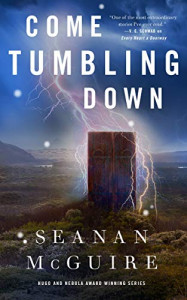 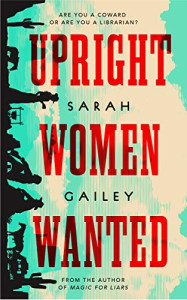 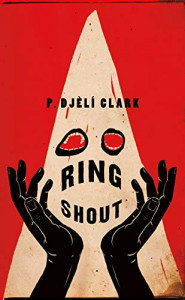 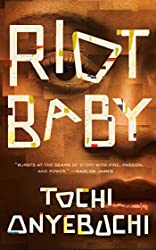