I discovered recently that I had a third cousin living on the other side of Brussels, who I had never met but whose grandmother was a Whyte; and then even more recently that I had a fourth cousin twice removed living in Brussels, who I had never met, whose mother was a Whyte. I eventually made contact with both, who had of course never heard of each other either. And this afternoon we had a gathering of the clan at our place.

First, the actual Whytes by birth and Whyte descendants: Common ancestors of this group:

And then a group selfie with everyone squeezing in: 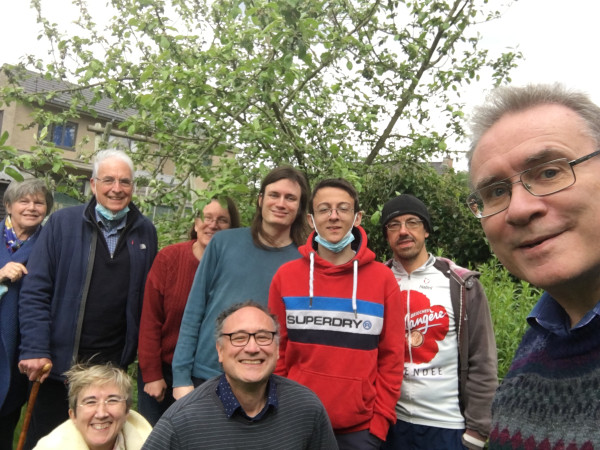