November 2009 was an extraordinary month of travel for me. As previously noted, I woke up on the morning of 1 November in Juba, Southern Sudan (now South Sudan), my first morning in Africa; wandered down to the riverside terrace for breakfast and noted fuzzily that there was a ripe mango under one of the chairs. I wondered who might have thrown it or dropped it there; and then looked up and realised that no human agency was involved. Here's me by the Nile on my first morning. My two travelling companions, Gérard Prunier and Sigurd Illing, were both Africa experts, but it was my first time on the continent. I flew from Juba to New York via Nairobi and Istanbul, three continents in almost exactly 24 hours (some like to pointlessly argue about which continent Istanbul is in, but it's certainly not the same continent as Juba/Nairobi or New York), sitting beside Gérard while reading his book.

I stayed in New York for most of a week on work business, but then went to a fantastic conference on Elizabeth I and Ireland held in Connecticut, before returning home. I wish I had had more time to devote to this subject in the last ten years. (But I guess Worldcons have absorbed a lot of my time.)

This was also the month that the BBC in Belfast got in touch to invite me as a TV pundit for the next election, at that point scheduled for the spring of 2010. There were a couple of hoops to jump through, but I accepted.

I read 24 books in November 2009, mainly while sitting around in Juba waiting for meetings to happen.

Non-fiction 6 (YTD 90)
The Meditations of Marcus Aurelius
Collapse: How Societies Choose to Fail or Survive, by Jared Diamond
From Genocide to Continental War, by Gérard Prunier
King Leopold's Ghost, by Adam Hochschild
A History of the Middle East, by Peter Mansfield (second edition, revised and updated by Nicholas Pelham)
Islam: A Short History, by Karen Armstrong

SF 5 (YTD 76)
Queen City Jazz, by Kathleen Ann Goonan
Invisible Cities, by Italo Calvino
The Pollinators of Eden, by John Boyd
Where Late The Sweet Birds Sang, by Kate Wilhelm
The Swoop, or How Clarence Saved England, by P.G. Wodehouse 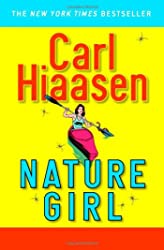 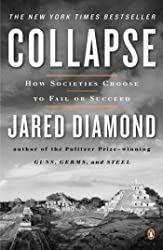