Getting out of the country - travel in pandemic times

We managed a three-country trip this week, my first time out of Belgium since 1 March.

We had already been planning to visit my sister in Burgundy, but then some work stuff came up in Geneva, which is not too far away and which Anne had always wanted to visit. So, for this first time in pandemic times, we got out. I chronicled in a blurry photo the exact moment when we left Belgium at 12:17 on Saturday 18 July. 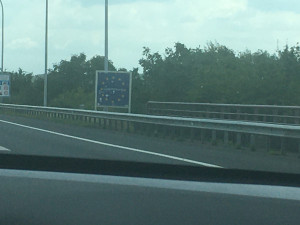 In Luxembourg we stopped for lunch with my cousin J, her husband D and their children L, N and S; tremendous to spend time with relatives in person for the first time since this all started. I also recorded the exact moment that we crossed into France, at 3:20 pm. 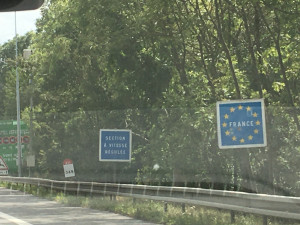 My sister C and her husband T and daughter S live in the former home of a quarry-master overlooking a disused quarry near Cluny in Burgundy. 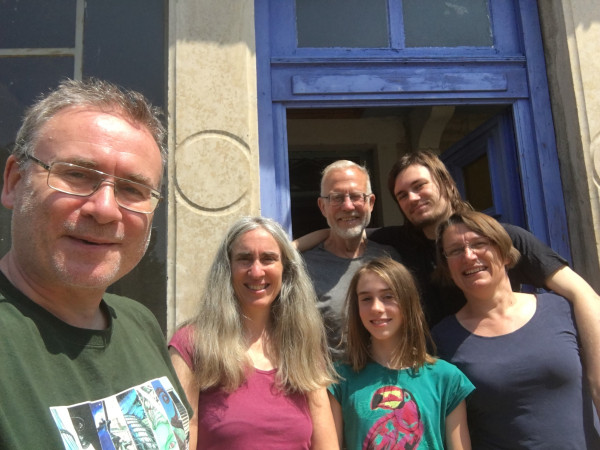 I was very happy to relax at the bottom of the quarry, now a lovely natural haven, for a couple of days. I found that I had a companion from the order Erinaceinae:

I took young S on an expedition to the nearby Gallo-Roman quarry at Saint-Boil, used as a source of gravestones in the 2nd and 7th centuries AD, and lost until 1971. Another quiet spot, with lizards. 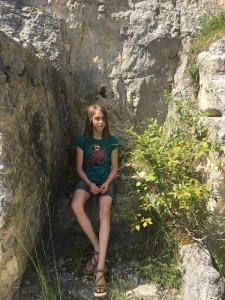 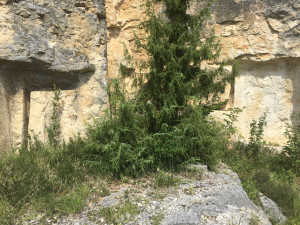 And you can get "boilogical" wine at the farmer's market. (Not "biological". That's something different.) 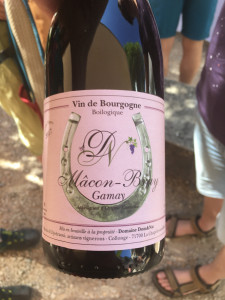 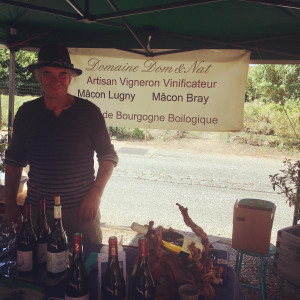 And so, on to Switzerland, crossing our third border at 3.20 pm on Tuesday. 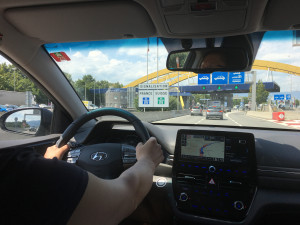 The major landmark in Geneva is the Reformation Wall, commemorating heroes of Protestantism, some of whom I confess were new to me. It dates from 1909 - somehow I thought it looked more recent. 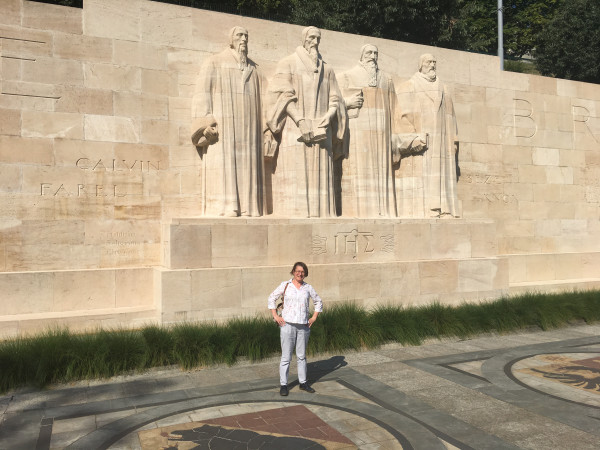 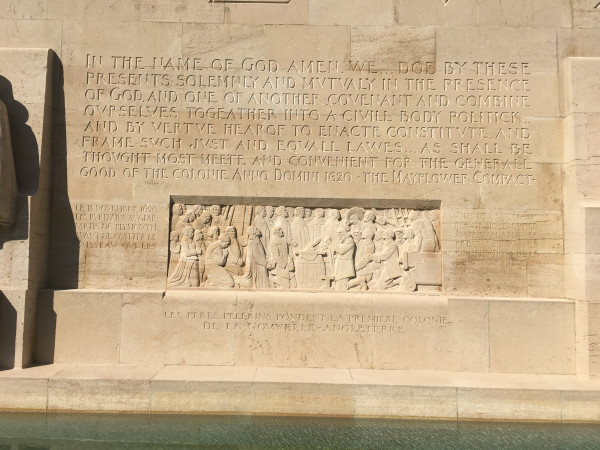 My work meetings were all in buildings filled with embassies: 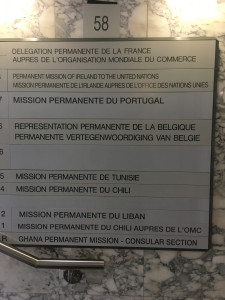 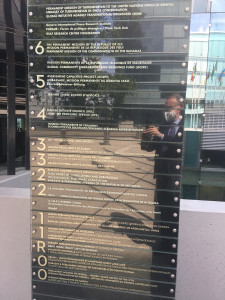 It was really interesting to see real people, in a foreign city, in person. One ambassador took me to a cafe across the road because they are not doing meetings in their own mission at the moment. Another insisted that the squirt and scrub with hand sanitizer before shaking hands. And a junior diplomat simply met at our hotel for breakfast.

On the way home, we took a detour to Lausanne for a site of personal pilgrimage: "It was on the day, or rather night, of the 27th of June 1787, between the hours of 11 and 12, that I wrote the last line of the last page in a summerhouse in my garden. After laying down my pen, I took several turns in a berceau, or covered walk of acacias, which commands a prospect of the country, the lake and the mountains. The air was temperate, the sky was serene, the silver orb of the moon was reflected from the waters, and all nature was silent. I will not dissemble the first emotions of joy on the recovery of my freedom, and, perhaps, the establishment of my fame. But my pride was soon humbled, and a sober melancholy was spread over my mind by the idea that I had taken an everlasting leave of an old and agreeable companion, and that whatsoever might be the future fate of my history, the life of the historian must be short and precarious."

Our route home from Lausanne took us along the back routes of Eastern France, Pontarlier, Baume-les-Dames (where we stopped for lunch) and Épinal before we joined the main road as usual at Nancy. An unexpected adventure!

I must say that it was incredibly refreshing to get out of the country for the first time in months. I will work from home again next week to minimise risk of infecting my colleagus with Luxemburgish, French or Swiss germs; but am very glad to have seen somewhere else for a change.