Young Frankenstein won the 1975 Hugo for Best Dramatic Presentation and the 1975 Nebula for Best Dramatic Script (the latter awarded in 1976, but with eligibility covering December 1974 when the film was released). The other Hugo finalists were Flesh Gordon, Phantom of the Paradise, The Questor Tapes and Zardoz; the other films on the Nebula shortlist were Dark Star, A Boy and His Dog (which won the 1976 Hugo) and Rollerball. The only two of those that I have seen are Zardoz and Dark Star, for both of which I have an unfashionable affection. Young Frankenstein is perhaps more approachable than either. IMDB users certainly think so, they rate it 3rd and 4th on the two rating systems (with The Godfather II at the top). 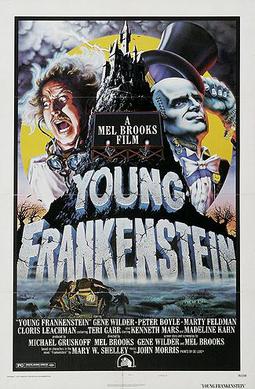 There are a couple of returnees from earlier Oscar-winning films. The most prominent is Gene Hackman, who gets one scene as the blind man here, but (with a lot less hair) was Detective Doyle in The French Connection four years ago. 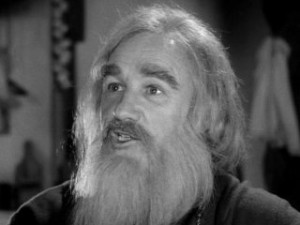 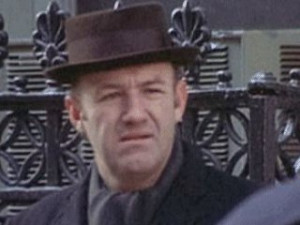 The Frankenstein family lawyer, Gerhard Falkstein, is played by Richard Haydn who was in The Sound of Music nine years ago as Max Detweiler. 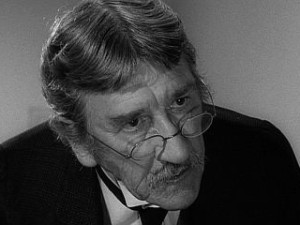 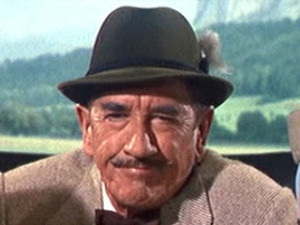 And one returnee from a past Hugo-winning film, blink-and-you'll-miss him: John Dennis, one of the orderlies in Dr Frankenstein's lecture, was Wagner the sanitation man in Soylent Green.

I have happy romantic memories of the first time I saw Young Frankenstein, and although I can see its flaws thirtysomething years on, it's still much more good than bad. To get the bad out of the way first, it's another all-white film (apart from one black student in Frankenstein's class). Sure, it's mostly set in Transylvania, but still. 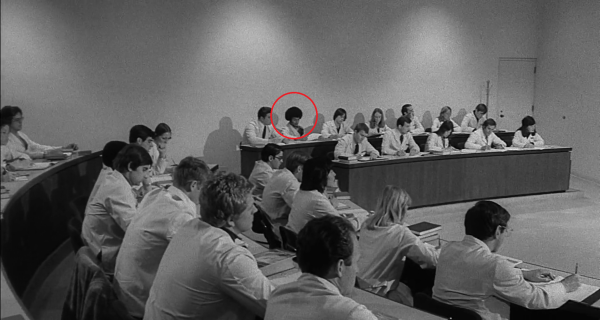 Disability is also awfully funny, something I don't think I had seen in my film-watching programme since the 1930s. the most uncomfortable moment for me is the monster attempting to sing. 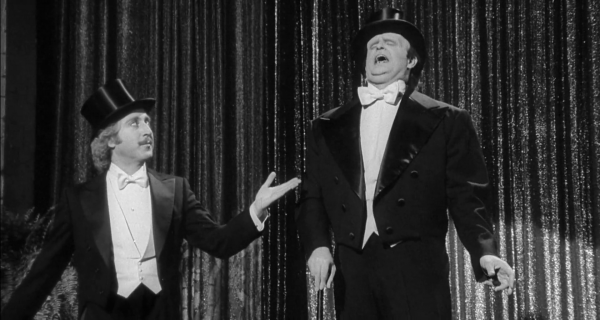 Having said that, the scene with Gene Hackman's blind man meeting the monster is utterly hilarious. 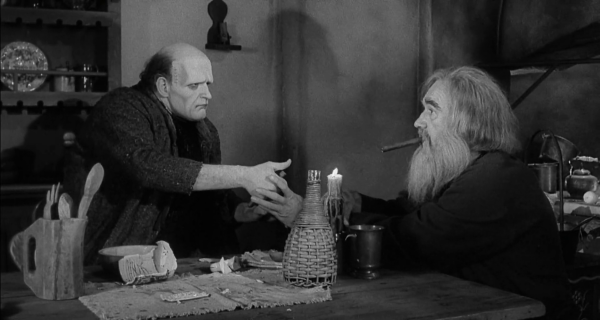 And Marty Feldman is truly memorable as Igor (with moving hump on his back). 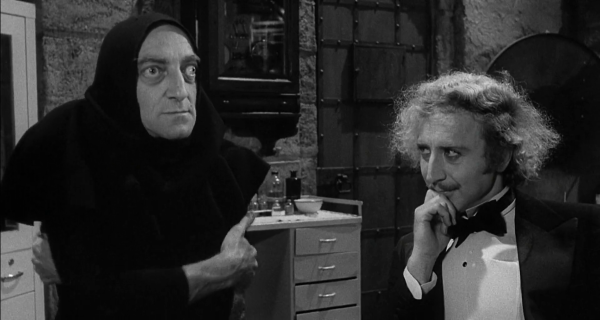 The humour is rather sexist in places, with Madeleine Kahn's Elisabeth and Cloris Leachman's Frau Blucher the butt of the jokes. All power to Teri Garr who is much much better than her material. 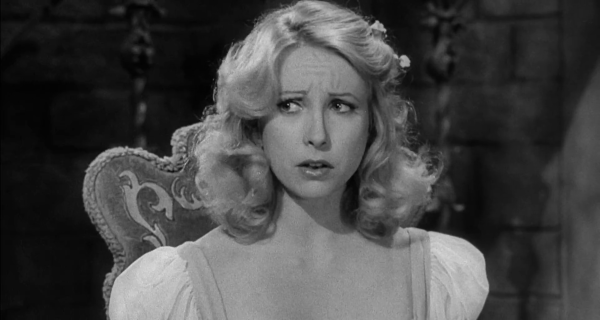 And some of the other gags are brilliant - the scene with little Helga, for instance. 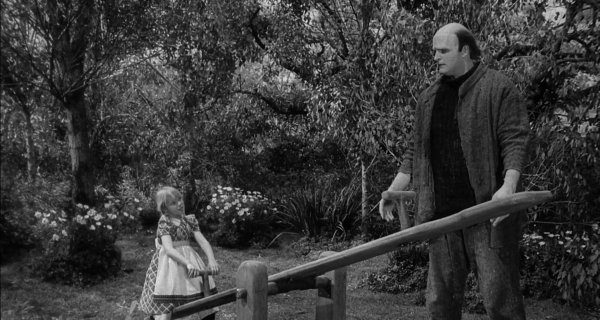 Or the earlier scene with the secret passageway (and gosh, there's some symbolism there): 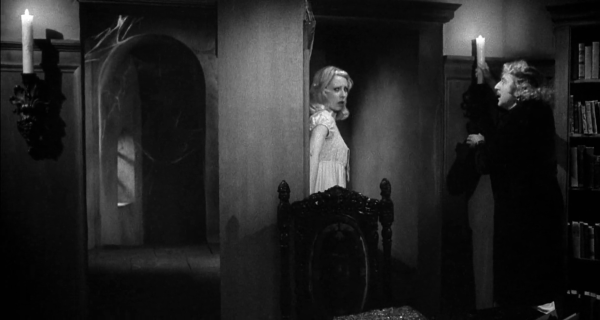 And Inspector Kemp, who is also not entirely human but literally polices the boundaries of what is permissible: 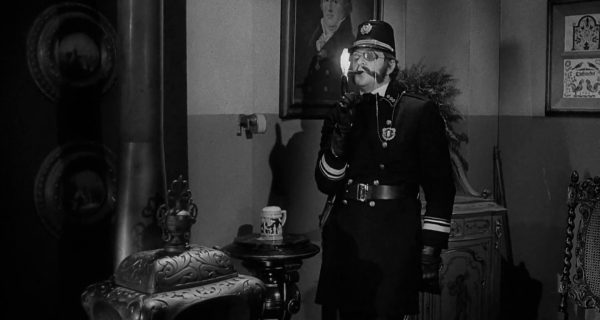 In general it's very funny, if occasionally wince-inducing. I was glad to have an excuse to revisit it. You can get it here.

I'm not doing a compare and contrast with the original novel Frankenstein, because the real source material here is much more recent - it's the James Whale films of 1931 and 1935, starring Boris Karloff, and to a lesser extent the last Frankenstein film with Karloff from 1939. I don't think I had seen any of these on my romantic evening back in 1986, but enough of the Frankenstein mythos has seeped into general consciousness that I understood exactly what was going on.

Nwxt up are two less cheerful films: One Flew Over the Cuckoo's Nest and A Boy and His Dog, winners of Oscar and Hugo respectively for 1976.
Tags: films, hugo and nebula winning films, sf: hugos, sf: joint winner of hugo and nebula awar, sf: nebulas, writer: mary shelley
Subscribe