Raiders of the Lost Ark

I've jumped ahead in my sequence of Hugo and Oscar-winning films because Raiders of the Lost Ark was on TV the other day, and I thought, why not?

Raiders won the Hugo for Best Dramatic Presentation for 1982, beating Dragonslayer, Excalibur, Outland and Time Bandits. I think the only other one I've seen is Time Bandits. IMDB users rank it the top film of 1981 both here and here, with that year's Oscar winner, Chariots of Fire, some way down - I find that a little odd, I thought Chariots was a very good film; but I'll discuss that when I get to it in my Oscars sequence. Raiders did get a nomination for best Picture, and won four Oscars, for Best Sound, Best Art Direction, Best Film Editing and Best Visual Effects. Steven Spielberg was also nominated for Best Director.

It's a tremendous bit of escapism. The stunts are spectacular, the staging is breathtaking, and the music incredibly earwormy. Just in case you have no idea what it's about, here's a trailer:
The film is set in 1936, where mild-mannered archaeology professor Indiana Jones, played by Harrison Ford, takes a break from stealing relics from indigenous peoples to attempt to prevent a Nazi expedition from digging up the Ark of the Covenant in Egypt. This requires him to retrieve his late mentor's daughter, who he has a previous toxic relationship with, from Nepal and then fight off well-organised bad guys. The Nazi group defeats him after many twists and turns, capture the Ark and are destroyed by divine forces emanating from the Ark when they open it. There's a particularly memorable chase sequence in the streets of Cairo (actually in Tunisia), at the end of which a planned lengthy fight sequence was cut short during filming because Ford's digestive system had collapsed and he could not go through with it as scripted, giving us one of the most iconic scenes of the movie.
There are many ridiculous things about the story, but the most ridiculous is that the ancient Egyptians happen to have left instructions for finding the Ark in just exactly the right places for Jones (and nobody else) to put the pieces together, and then left the actual hidey-hole well stocked with snakes which have survived three thousand years without any visible food souirce. The Nazis veer more towards comedic than genocidal. Many of the actors playing Arabs (and Asians) are browned up, most notably John Rhys-Davies, who barely attempts to conceal his Welsh accent as Sallah. The fact that the Nazis might have issues with Jews is mentioned precisely once. It does not even pass step one of the Bechdel test (there is only one named woman character, played by Karen Allan, Marion, a peril monkey, whose one remarkable characteristic is that she has a good head for liquor). But it is tremendous fun all the same.
As usual, I'm going to note actors who appeared in Doctor Who as well as here. (I haven't spotted any crossovers yet between Raiders and other Oscar-winning or Hugo-winning films that I have already reached in this sequence. There are of course plenty such to come.) They are all fairly minor characters, mostly playing races other than their own. The most visible, because he has two roles in Raiders, is Vic Tablian, who plays both the dubious guide in Peru and the man with the monkey in Cairo; a couple of years earlier, he was Ahmed in Pyramids of Mars. 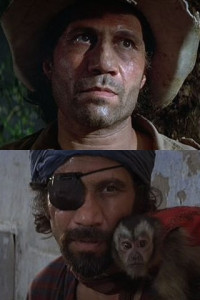 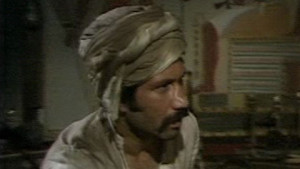 Sonny Caldinez appeared four times in Doctor Who, once unmasked as Kemel in The Evil of the Daleks (1967) and three times as an Ice Warrior; in Raiders he is the Mean Mongolian in the Nepal bar scene. 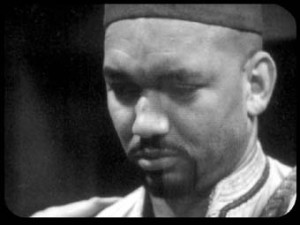 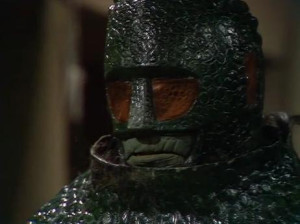 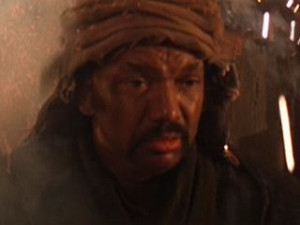 Tutte Lemkow appeared in three William Hartnell stories, one of which is completely lost, but his roles as Kuijiu in Marco Polo (1964) and Ibrahim in The Crusade (1965) survive. In Raiders he plays the Imam who tells Jones how to reduce the height of the staff (advice that is clearly ignored, to no great disadvantage). 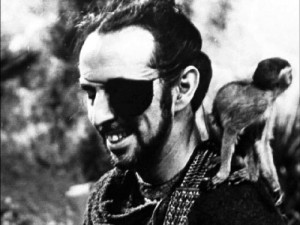 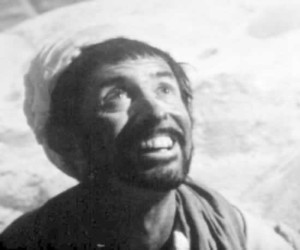 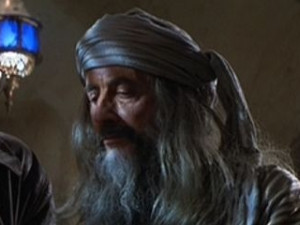 Kiran Shah plays Abu in Raiders, and has twice been in New Who, but obscured by costume, as the Unknown Figure in Listen (2014) and an emojibot in Smile (2017). He was already in his twenties when playing a child in Raiders. 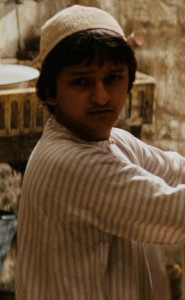 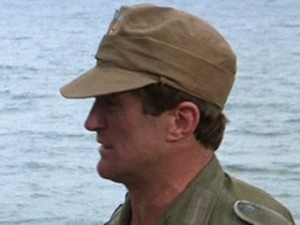 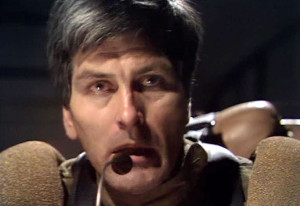 Back to normal order now, I think - next in sequence is actually The French Connection which won the Oscar in 1971.
Tags: films, hugo and nebula winning films, sf: hugos
Subscribe