In December 2003 we celebrated little U's first birthday, and at work I was dealing with the fallout from the previous month's events, rushing out a report on Georgia on the first of the month (actually most of it had been writen before the revolution on 25 November, but obviously needed updating) followed by one on the Preševo Valley in Southern Serbia. At the end of the month Serbia had an election.

Non-fiction 3
The Myth of Greater Albania, by Paulin Kola
The Music of the Primes: Searching to Solve the Greatest Mystery in Mathematics, by Marcus du Sautoy
Eats Shoots and Leaves, by Lynne Truss

I think Brief Lives is the best of the Sandman volumes, and probably ahead of Paladin of Souls as my favourite book of the month. You can get it here. I will get back to Paladin of Souls in due course as I do my Hugo/Nebula joint winners reread.

The one I would not recommend: Carolan's Concerto. 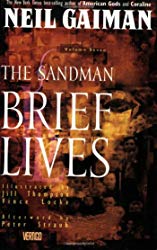 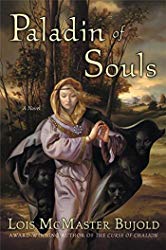