Ben-Hur won the Oscar for Best Motion Picture of 1959, one of 11 Oscars in total, the others being Best Director (William Wyler), Best Actor (Charlton Heston), Best Supporting Actor (Hugh Griffith), Best Art Direction-Set Decoration, Best Cinematography, Best Costume Design, Best Special Effects, Best Film Editing, Best Music – Scoring of a Dramatic or Comedy Picture (Miklós Rózsa) and Best Sound Recording. That remains a record, equalled only twice since (by Titanic and The Lord of the Rings: The Return of the King). It lost in only one category, Best Adapted Screenplay (to Room at the Top). It was the third film to win both Best Actor and Best Supporting Actor, after Going My Way and The Best Years of Our Lives. 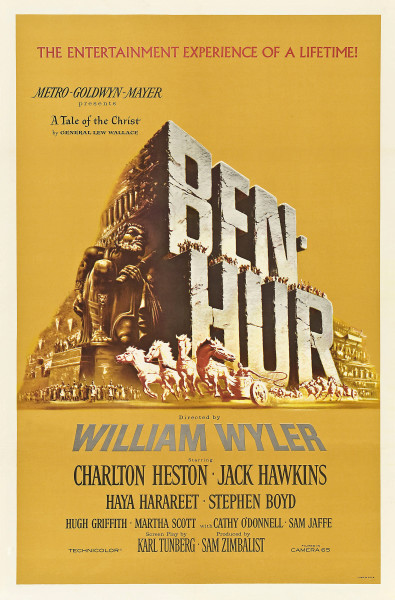 The other contenders for Best Motion Picture were Anatomy of a Murder, The Diary of Anne Frank, The Nun's Story and Room at the Top, none of which I have seen. On the IMDB rankings, Ben-Hur places 7th and 3rd, with North by Northwest and Some Like It Hot ahead on both tables. Unusually, I have seen both of them, and I have to say that on reflection I liked both more. I have also seen the first part of Plan 9 from Outer Space, though I could not bear to finish watching it. That year's Hugo for Best Dramatic Presentation wen to the first series of The Twilight Zone. Here's a trailer for Ben-Hur.
It’s an epic film set in Rome and Judæa at the time of Christ, who makes a couple of appearances in the film. The core plot is about a young Jewish nobleman who is unjustly condemned to the galleys, but makes a comeback as a champion chariot racer and defeats the Roman who betrayed his friendship. It’s based on a novel published in 1880, which was a best-seller in its day. The film was also a huge hit. My mother-in-law, a teenager when it came out, recalls a local cinema showing it on continuous loop, with the time that the chariot race would start on prominent display. She went with her friends to celebrate the end of their exams and claims that she can remember nothing about it except the chariot race.

She is the same age as the younger members of Monty Python, who were surely inspired by memories of their own teenage viewings of Ben-Hur when writing Life of Brian, though I guess Zeffirelli’s Jesus of Nazareth was fresher in their memories and also there are probably only so many ways you can do a film set in first-century Palestine. Here’s Pontius Pilate as portrayed by Frank Thring and Michael Palin in 1959 and 1979 (Thring’s version also has a slight speech impediment): 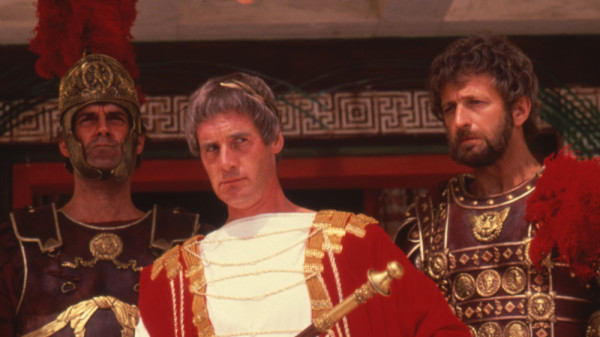 Before I get onto the things I liked and didn’t like about the film, I’m struck by the number of key players who have already appeared in Oscar-winning films. I have not been keeping count of others, but I think that the tally of six is the highest so far for actors playing a significant part. (I have completely missed Franklyn Furman, who was an extra in seven Oscar-winning films from 1937 to 1952.) Let’s start with the star himself, Charlton Heston, who was also the male lead seven years ago in The Greatest Show on Earth:
Heston running the circus 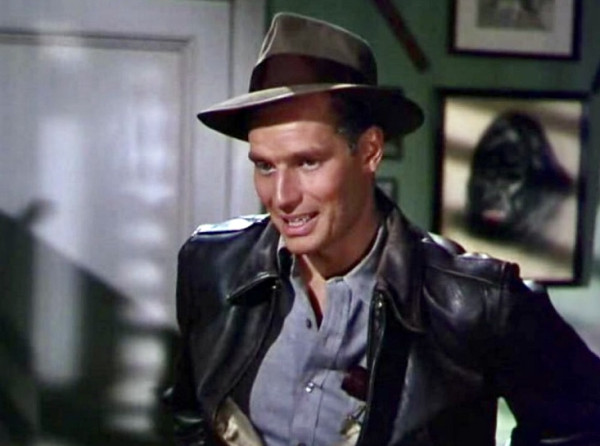 Heston preparing for the other circus

and as Quintus Arrius

Andre Morell in The Bridge on the River Kwai

Going back a year, one of the gentlemen of the Reform Club in Around the World in Eighty Days becomes one of the Three Wise Men (with a rather striking resemblance to Ken Stott’s Balin in the Hobbit films):

Finlay Currie in Around the World in Eighty Days

Going back some more years, Sam Jaffe, who played the Einstein-lookalike character in Gentleman’s Agreement, is one of the few Jews actually playing a Jewish character in Ben-Hur (see below for the other one):
Sam Jaffe in Gentleman's Agreement 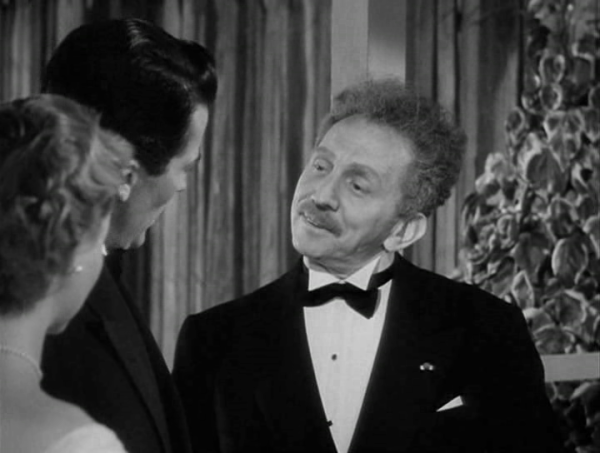 And Cathy O’Donnell, the youngest of the leading ladies in The Best Years of Our Lives thirteen years ago, comes back as Ben-Hur’s sister, in what was her last ever film role (though she did a few more TV appearances). Her brother-in-law, William Wyler, was the director. Now that she’s in colour, we can appreciate her lovely auburn hair.

Cathy O'Donnell in The Best Years of Our Lives We are also getting to the point where some of these actors also had Doctor Who roles. Andre Morell, mentioned above, is best remembered in sf as Professor Quatermass in Quatermass and the Pit (made between Bridge on the River Kwai and Ben-Hur), but he also played Marshall Tavannes in the 1966 Doctor Who story The Massacre, of which sadly no footage survives, not even screenshots or the equivalent. 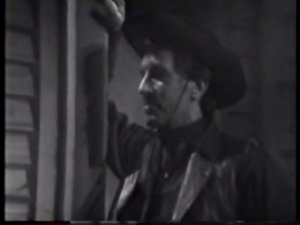 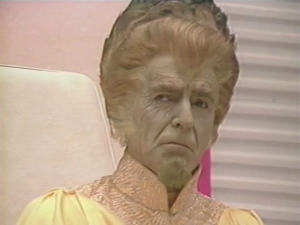 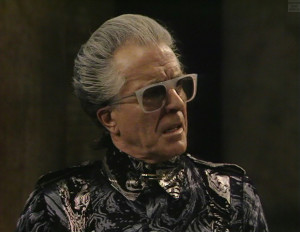 OK, so what is bad and what is good about the film?

It’s long. It’s the third-longest Oscar-winning film - we’ve already had the longest, Gone With the Wind, and the second-longest, Lawrence of Arabia, is just around the corner. A lot of the book has been cut, and the spectacle on the screen is just about enough to keep you interested, I admit. I’ll have to get used to this; I’m roughly a third of the way through this project, but I’ve already seen five of the ten shortest films (Marty, The Broadway Melody, The Lost Weekend, Casablanca and It Happened One Night; the five others are Annie Hall, Driving Miss Daisy, The Artist, The French Connection and Kramer vs Kramer).

As usual (Bridge on the River Kwai aside), non-white people are marginalised, but in this case not completely absent. There’s one African galley-slave:

Hugh Griffiths blacks up as Sheikh Ilderim, because that’s what Arabs look like (it won him an Oscar):

And much more impressively, Les Ballets Africains, the national dance group of Guinea-Conakry, perform at the banquet in Rome.

So we are a smidgeon of a step above the total invisibility of a lot of Oscar winners, but with points deducted for blackface.

The women characters are particularly poorly served; the most interesting woman in the book, Balthasar’s daughter Iras, is simply omitted. Haya Harareet (not only a rare Jewish actor playing a Jewish part, but actually Israeli) puts in a great debut performance as Esther, Simonides' daughter and Ben-Hur's love interest, but I cannot quite believe the chemistry between her and Charlton Heston:

Let alone between Ben-Hur and his unnamed, silent date at the Roman banquet, played by the uncredited Marina Berti:

The other two credited women characters are Ben-Hur’s mother (Martha Scott, only 11 years older than Heston) and sister (Cathy O’Donnell, as noted), who get afflicted with leprosy, cured and rescued.

On the flip side, this is the queerest film I have seen among Oscar-winners so far. The only one that comes close is the very first, Wings. Charlton Heston supposedly was never told that any homo-eroticism was intended in the relationship between Ben-Hur and Stephen Boyd’s Messala; I find that very difficult to believe. (NB Boyd, a Glengormley man, wearing brown contact lenses.)

And of course there isn’t the slightest hint of it elsewhere:

Heston’s own Oscar-winning performance carries the film, of course. He smoulders, suffers and learns.

It’s very much supported by the music of Miklós Rózsa, who we have encountered before in The Lost Weekend; it's an extraordinary, expressive, convincing symphonic sweep which actually isn't all that intrusive except when it's diegetic.
And the whole thing looks very good. Supposedly the most expensive film ever made at that time, you can really feel the resources put into it with 10,000 extras, and the Italian studios at Cinecittà put to exceptionally good use. I have to say I was not overwhelmed by the sea battle scene (filmed in California), but the chariot race was every bit as good as advertised, and I can see why my mother-in-law's local cinema featured it as the main attraction. This is only half of it - it's well worth watching the whole ten-minute sequence if you see no other part of the film.
I'm ranking it 8th on my overall list, below All About Eve but above Around The World In Eighty Days. You can get it here.

Next in my sequence is The Apartment, of which I know nothing.

I had read the book back when I was a student, over thirty years ago; I re-read it after watching the film. Here's the second paragraph of the third chapter:

"To a wayfarer in a strange land nothing is so sweet as to hear his name on the tongue of a friend," said the Egyptian, who assumed to be president of the repast. "Before us lie many days of companionship. It is time we knew each other. So, if it be agreeable, he who came last shall be first to speak."

The film improved massively on the book, which is rare but not unique. My biggest regret about the adaptation is that the most interesting character, Balthasar's daughter Iras, who is Ben-Hur's alternate love interest (the Naughty Girl to Esther's Good Girl), is dropped from the film (as she is apparently from all the screen adaptations). But apart from that, the book is much more of a Shaggy God story, with Jesus healing Miriam and Tirzah (after a dramatic rescue from prison) much earlier, and Ben-Hur and Balthasar becoming active disciples of Christ in the years before the crucifixion (and it is Ben-Hur who gives the dying Christ his last drink via a sponge). The chariot race and downfall of Messala are also also much earlier in the book, and even if you haven't seen the film you get a sense that it's running out of steam in the last third or so, where Ben-Hur recruits an army of rebels who we don't hear any more of after he throws in his lot with Jesus, and then the biblical stuff is reiterated in some detail. Gone With The Wind would have been a much better film if it had been as ruthless with its source material.

It's interesting to note that Lew Wallace had not himself been to Palestine at that point in his life (he did go later, when he was American ambassador to the Ottoman Empire), so the very convincing descriptions of Palestinian landscapes and peoples are a combination of wide reading in the Library of Congress and observing the horse-crazy ethnically mixed environment of Santa Fe and New Mexico generally, where he was Governor while finishing the book. Indeed, I wonder if the relatively sympathetic treatment of Pilate comes directly of empathy from one colonial governor to another. New Mexico had been under US rule only a little longer in 1880 than Judæa had been under Roman rule at the time of Pilate.

Incidentally, Mary is explicitly fifteen years old at the time of the birth of Jesus in Wallace’s novel.

It's not a bad book, it just takes itself a bit too seriously and goes on a bit too long. You can get it here.