On The Waterfront won the Oscar for Best Motion Picture of 1954, and picked up another seven, Best Director (Elia Kazan), Best Actor (Marlon Brando), Best Screenplay (Budd Schulberg), Best Supporting Actress (Eva Marie Saint), Best Art Direction-Set Decoration Black-and-White (Richard Day), Best Cinematography Black-and-White (Boris Kaufman) and Best Film Editing (Gene Milford). Three of the cast were nominated for Best Supporting Actor, but lost to Edmond O'Brien in The Barefoot Contessa. Leonard Berstein was nominated for Best Score of a Dramatic or Comedy Picture, but lost to Dimitri Tiomkin for The High and the Mighty. That record of eight Oscars was the same as the previous year's From Here to Eternity, and also Gone With the Wind (though both had thirteen nominations to On The Waterfront's twelve). The other contenders for Best Motion Picture were The Caine Mutiny, The Country Girl, Seven Brides for Seven Brothers and Three Coins in the Fountain. 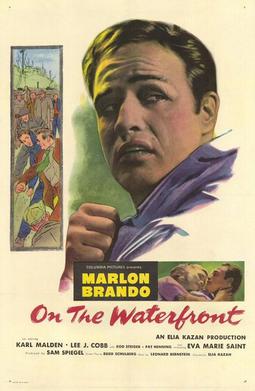 Both IMDB rakings, by score and number of votes, put it in 4th place for the year, with Rear Window and Seven Samurai ahead in both tables. The only other 1954 film that I think I have seen is The Belles of St Trinian's. (I am not really a film buff.) It's interesting that this is in black and white, fifteen years after Gone With the Wind. This trailer references Going My Way, which won ten years earlier:
It's a gritty story of corruption on the docks of Hoboken, New Jersey, with Brando's character a naïve young ex-boxer whose brother is the fixer for the local chieftain. The good guys eventually triumph, and the evil mr Friendly's grip is broken. I'm ranking it almost exactly half way down my list of Oscar-winning films (13th out of 26, if you want to know); I think it takes a similar theme to How Green Was My Valley and indeed Going My Way, but does it somewhat better; on the other hand I enjoyed it a bit less than Grand Hotel. I would have put it below Mrs Miniver apart from one redeeming virtue which I'll get to at the end.

All About the Men: Eva Marie Saint is luminous and effective as Edie Doyle, whose brother is killed by the mob in the first scene and who then becomes the love interest and inspiration for Brando's character Terry Molloy. She absolutely deserves her Oscar. (Aged 94, she is still around as of this writing.) But she is the only credited woman actor of the entire film. (There are several uncredited women in minor speaking or non-speaking roles.) 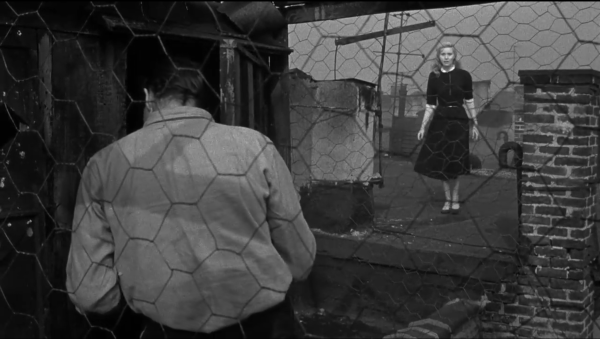 Plot: I'm marking the film down a bit for the actual story. It's pretty clear from early on what's going to happy; the nice characters move along inevitable arcs of redemption at different speeds (apart from those who die trying), and the bad guy is irredeemable. My revolutionary soul is struck by the fact that while the evil unions are clearly portrayed as the problem, there is no corresponding critique of the economic system that keeps the longshoremen trapped in dangerous low-paying jobs. (Also the agents of state coercion are all good guys.) At least collective action does survive to the end. It's a rather right-wing film, and I'm a little surprised to see so little commentary about this aspect of it online. 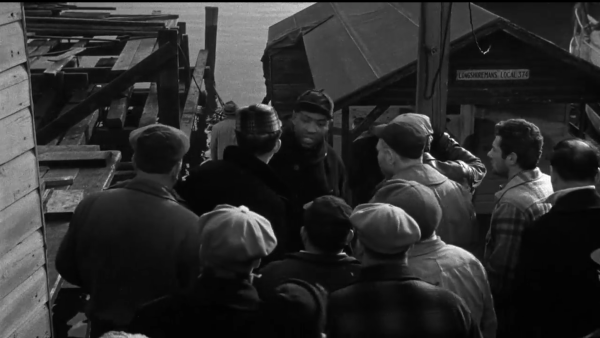 Whitewashing: This is normally my starting point, but in fact On The Waterfront is the first Oscar-winning film since Casablanca to have a black actor in a speaking part - Don Blackman as Luke, one of the longshoremen. I should add that as far as I can tell, there really weren't a lot of non-white dockworkers in Hoboken in the 1950s. Even today the city's black population is only around 4%. I'll be interested to read the journalism on which the film is based (I have it on order), but this may be an unusual case where one black guy in a cast of several dozen is actually over-representative for the time and place (and that's not a bad thing, let's be clear). Don Blackman, born in 1912 (so 42 when the film was made) had only just ended his career as a professional wrestler, where he fought under the name "Black Panther" and briefly held a world championship. This was more than a decade before Stan Lee invented the character of the same name for Marvel. Several other cast members were former professional boxers and wrestlers. 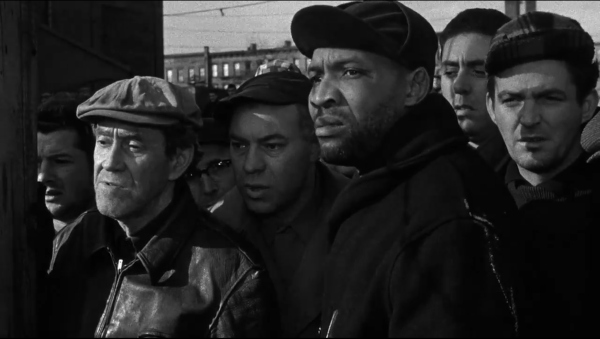 Brando: Being a film ignoramus as I am, I think the only other films I've seen Brando in are Guys and Dolls and The Godfather, which I will get to in eighteen years' time, plus of course Superman. His performance here is pretty electrifying. I complained above that Terry Molloy's character arc is a bit predictable, but Brando is completely magnetic as he portrays a not terribly bright kid who is compelled to raise his game and do the right thing, depite the potential personal cost. I commented earlier on his spark with Eva Marie Saint; I was also struck by the relationship with his screen brother, played by Rod Steiger (playing the older sibling despite being a year younger than Brando in real life). This is probably also the point to say that Steiger, Lee Cobb as the evil Mr Friendly and Karl Malden as the uncertain priest Father Barry all got Best Supporting Actor nominations. The only other film to get three Oscar nominations in this category is, again, The Godfather. 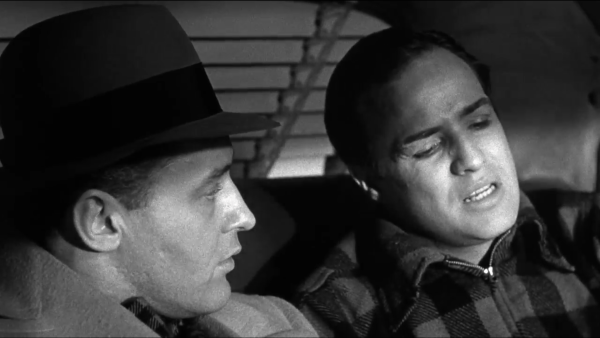 Cinematography: As noted above, Kazan chose to make the film in black and white, and it gives a tremendous sense of atmosphere which perhaps we might not have had in full colour. (A few seconds of colour film survive from filming.) The town of Hoboken, never actually named, is convincingly brought to life in the location shooting. (I don't think any of it was done in studio.) The camera tells the story as much as the acting, and it's the main channel for the Biblical references which reinforce the plot. 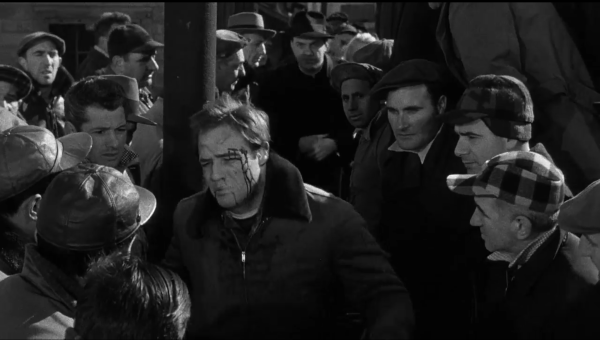 Music: This is really impressive. I wish I had been keeping a separate scorecard for the best incidental music in these films; this is up there with William Walton's Hamlet, Hugo Friedhofer's The Best Years of Our Lives, Miklós Rózsa’s The Lost Weekend and the various arrangements in Grand Hotel, and possibly the best of them if you like Bernstein's kind of thing (and I do). Listen for yourself.

So I was generally satisfied with the film, despite some grumbles. You can get it here.

Next up is Marty, of which I know nothing at all.