Cue excellent theme tune.
Big Finish have scored a major coup by persuading Georgia Tennant to return to her brief role as Jenny, the Tenth Doctor's cloned daughter, for more sfnal adventures across space and time, flanked by Sean Biggerstaff as the innocent but mysterious Noah, and both pursued by Siân Philips (who was Livia in I, Claudius forty years ago) as a vengeful cyborg, the Colt-5000. (Georgia Moffatt, as she then was, had a part in a Big Finish audio back in 2000, when she was only 16.) 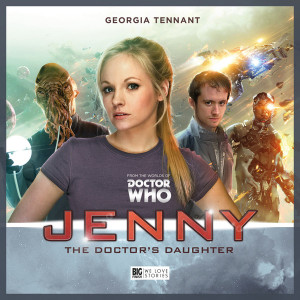 The first of four stories here, Stolen Goods by Matt Fitton, brings back the established Big Finish character of Garundel, a venal and rather camp space frog (played by Stuart Milligan who was President Nixon on screen), who attempts to get the better of Jenny in a complex but well-portrayed insurance scam. The plot doesn't occupy a lot of the hour, which leaves plenty of time for exposition and scene-setting, ending with the introduction of Philips's cyborg bounty hunter. The dialogue sparkles and Jenny is clearly established as a character to look out for. Also glad to hear Clare Corbett, who is a favourite voice actor of mine, though not that impressed that her character is coded as non-white. 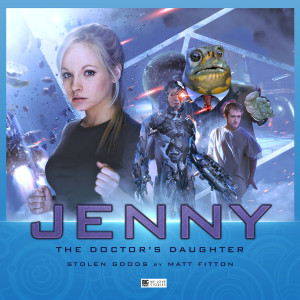 The best of the bunch is the second story, Prisoner of the Ood, by John Dorney (who gives himself a small part as a grumpy writer called John). The narrative jumps forward a bit from the first story, and we gradually find out what happened in the meantime by via flashbacks. Jenny finds herself in a contemprary English village, and quickly makes friends with newly moved in Angie (played by Arabella Weir, herself a former Doctor); but the Ood, led as on television by Silas Carson, have arrived and only slowly does it become clear who they are looking for. It's played for laughs to a certain extent but is also rather chilling in places. 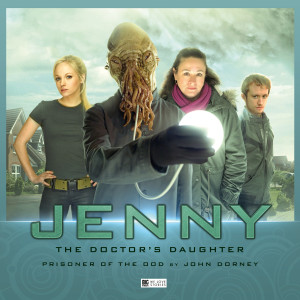 Neon Reign, by Christian Brassington (a new writer for the Whoniverse who played the showman in The Silver Turk and is briefly seen in The Five(ish) Doctors Reboot, and is incidentally godfather to the Tennants' younger son) has good bits and less good bits. It is a well-realised soundscape of a Blade Runner-like future world, ruled by the mysterious Dragon Lord, where all men are addicted to stupefying drugs and all women work themselves to the bone to keep things going. The story's take on sexism isn't especially subtle or sophisticated, and though Moffatt and Biggerstaff keep up the energy level as they plot the inevitable revolution, it's the weakest of the set, with background info about Biggerstaff’s character rather heavily inserted. Pik-Sen Lim, seen in The Mind of Evil back in 1971, has a welcome return to the Whoniverse. (Most of the incidental characters are played by Chinese actors.) 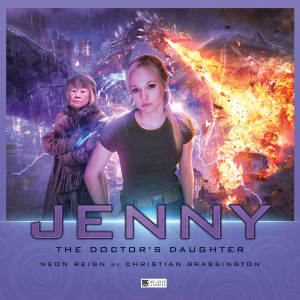 Finally, Zero Space, by Adrian Poynton, takes Jenny and Noah to a place in the universe where there is nothing but a space station inhabited by clones of its two founders, all brilliantly played by Adele Anderson and Anthony Calf (whose first TV role was in The Visitation, where he is killed three minutes into the first episode, and also played Colonel Godsacre in The Empress of Mars). The set-up is very good, and the small cast (joined again by Siân Philips, with a "surprise" cameo at the end from someone else) excellent, but I felt that the script muffed a couple of key points - it's not at all clear why Jenny being threatened with being cloned should be such a big deal; it's treated as if it would be fatal to her; and the ending leaves us with something of a reset button, the mystery of Noah's origins unresolved. It's also unexpectedly short - 45 minutes, whereas the other three are over an hour. The rest of the space is filled with the excellent incidental music of Joe Kraemer. 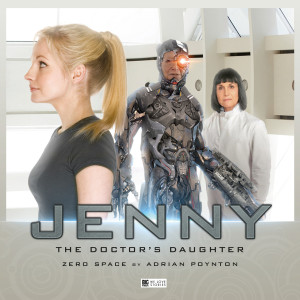 There's a nice behind-the-scenes disc as well. I generally liked this box set, with reservations about the fourth and especially the third installment; I do think it would be pretty acessible to fans of the Tenth Doctor era who had not listened to any other Big Finish, and could even be a gateway drug for them. You can get it here.
Tags: doctor who, doctor who: audio, doctor who: audio spinoffs, doctor who: spinoff audio
Subscribe