Duolingo - how it worked out

A bit over a year ago I blogged about my experiences with Duolingo, the language-learning app. At that point I had been trying it only with Irish and Dutch; the system gives you sentences to translate and other exercises, some of which are rather amusing.

The Dutch course in particular displays a bit of a fixation. 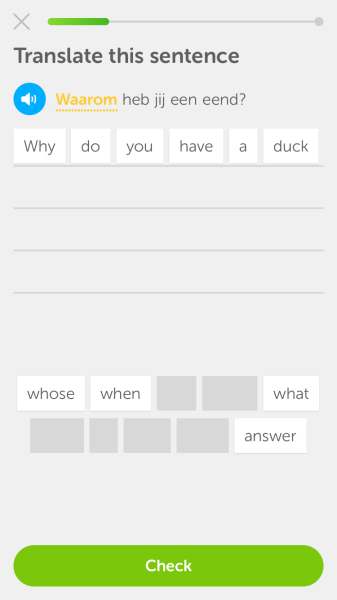 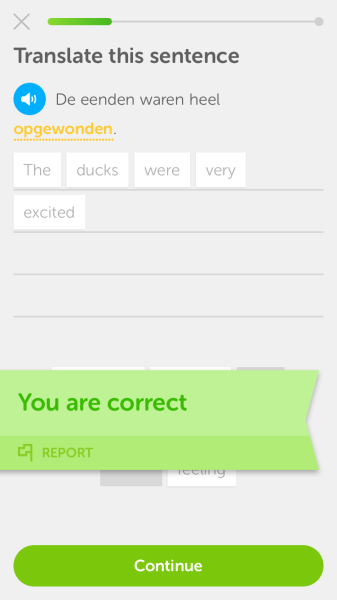 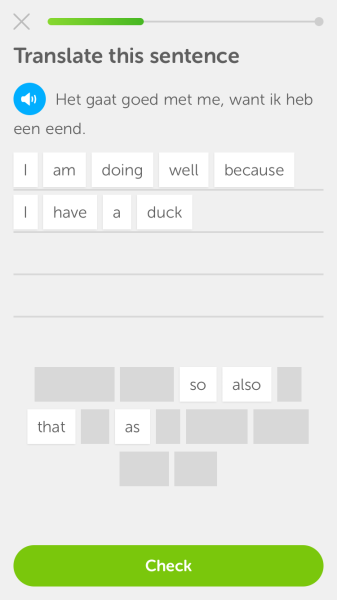 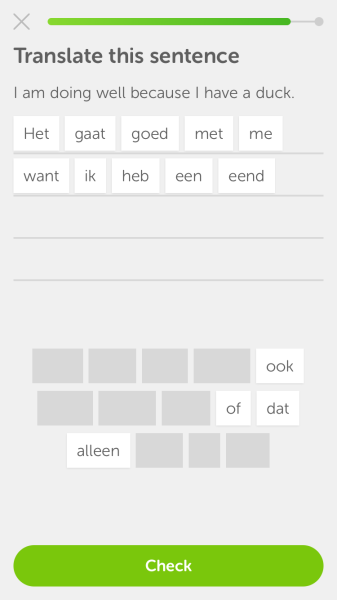 It would occasionally also lapse into conteporary post-Brexit politics: 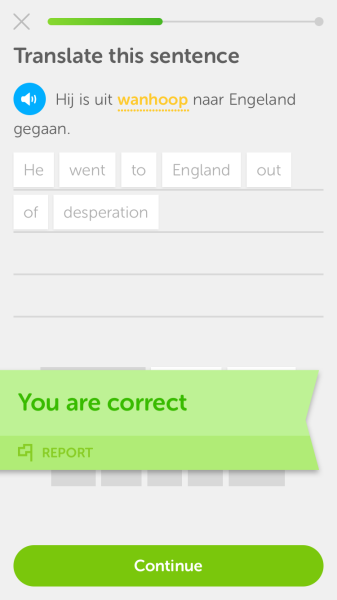 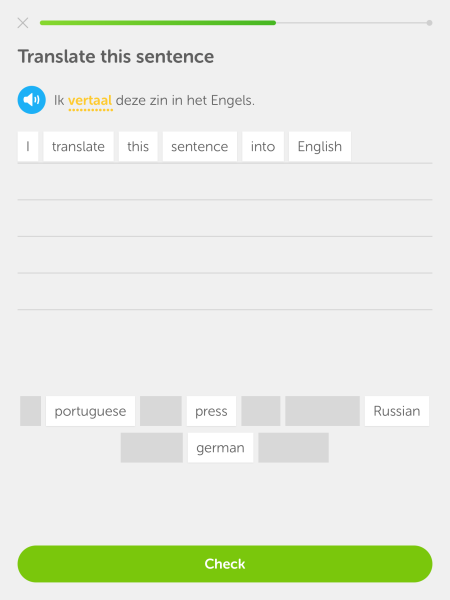 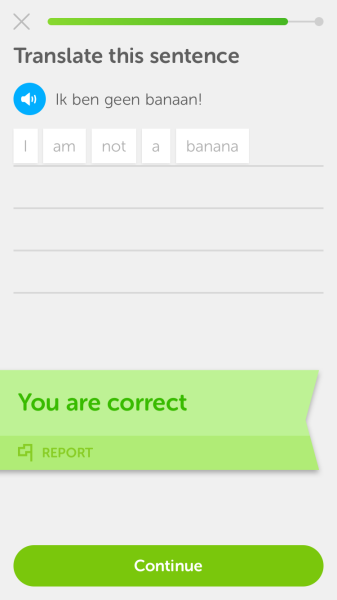 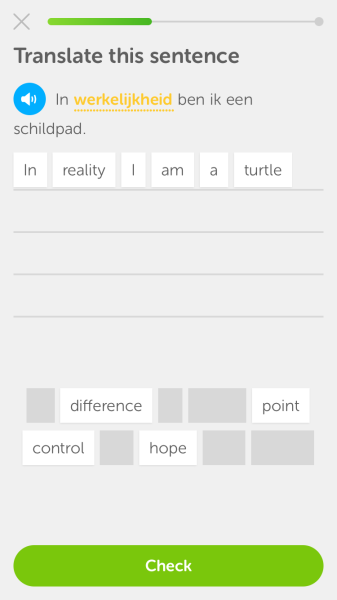 Though on Valentine's Day, it was a bit more relevant. 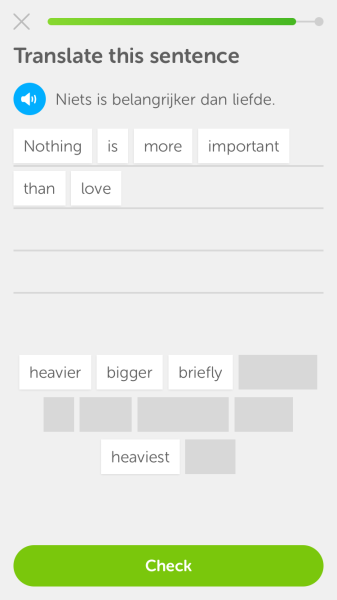 Meanwhile on the day of the Assembly election in March, the Irish course, whether by accident or design, had several relevant exercises: 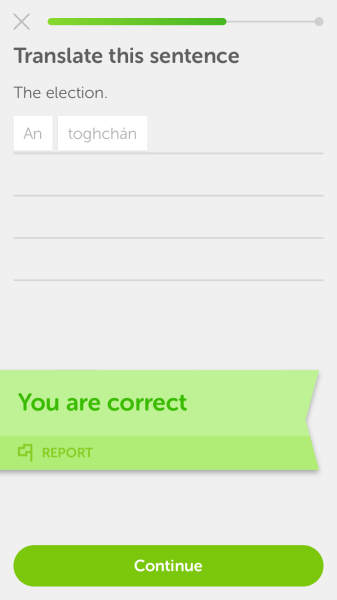 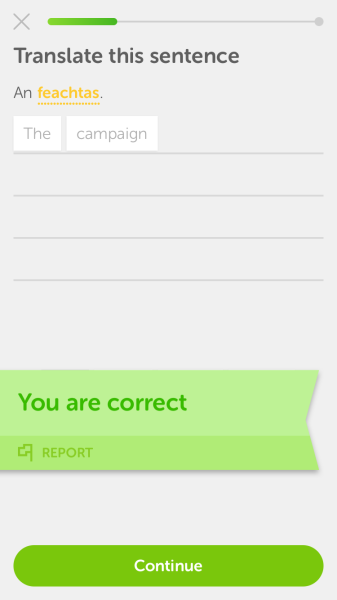 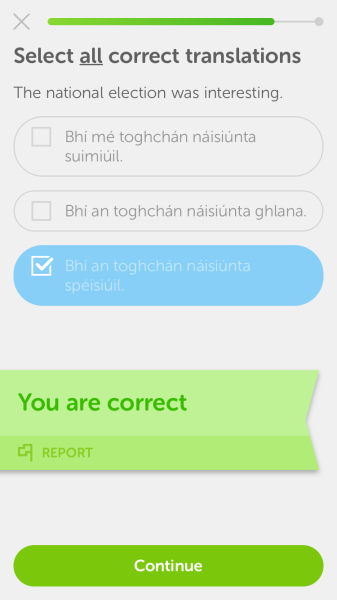 At other times it had geographical/linguistic observations: 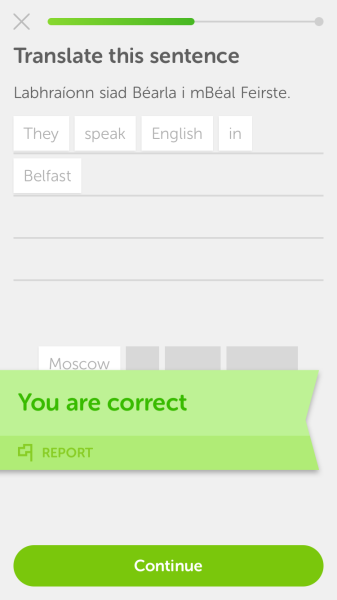 But also the occasional existential sigh: 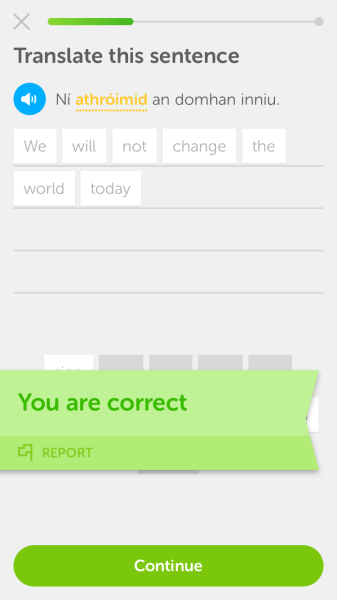 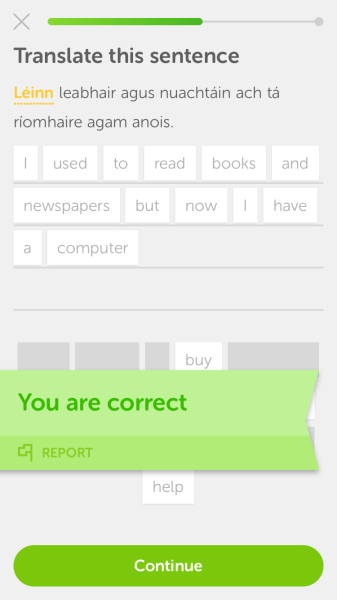 On top of Irish and Dutch, I also picked up the Russian course as well. It has a distinct twist towards not only the surreal but even the fantasic. 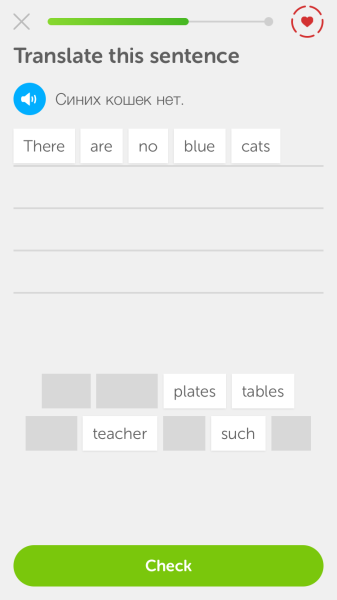 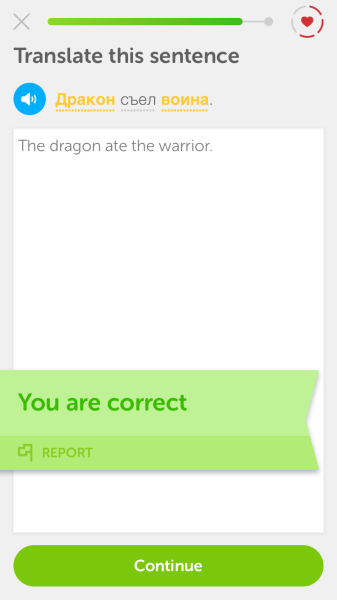 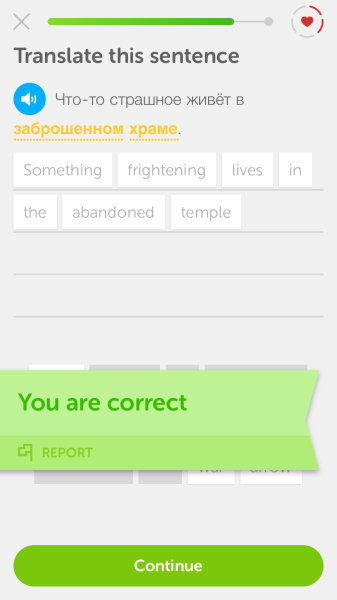 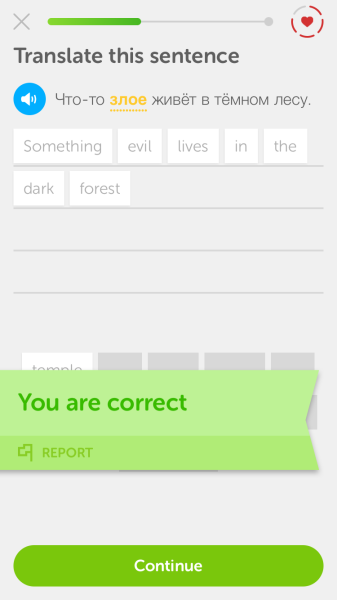 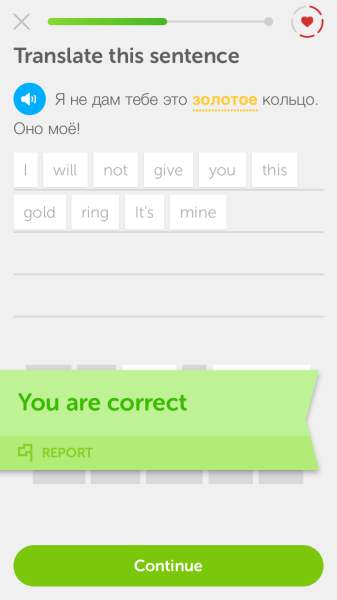 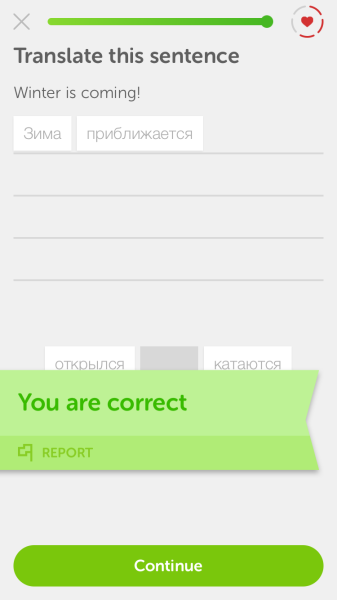 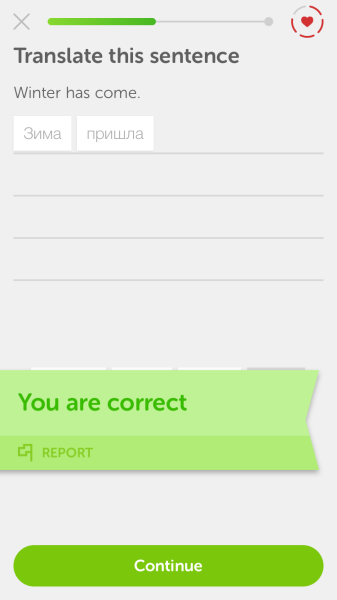 Which of course leads to the only question that matters (formal Вы on the left, informal Ты on the right): 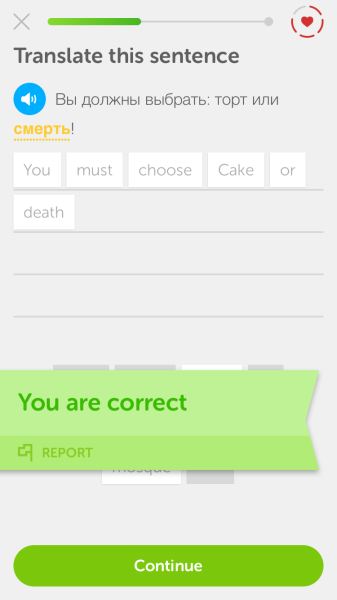 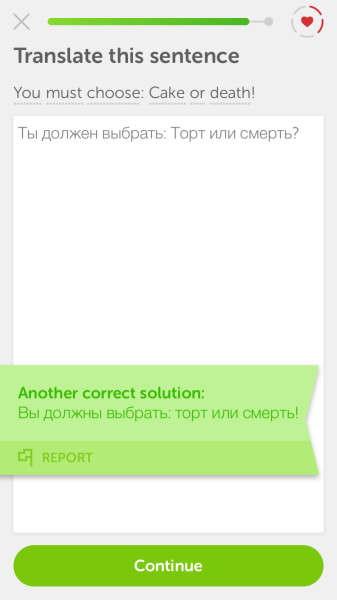 There is also a certain amount of contamination from the Dutch course to the Russian and Irish courses: 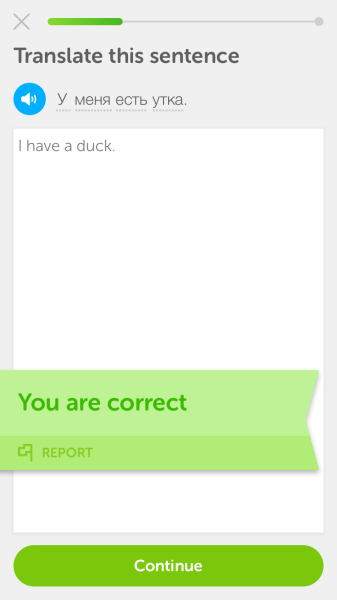 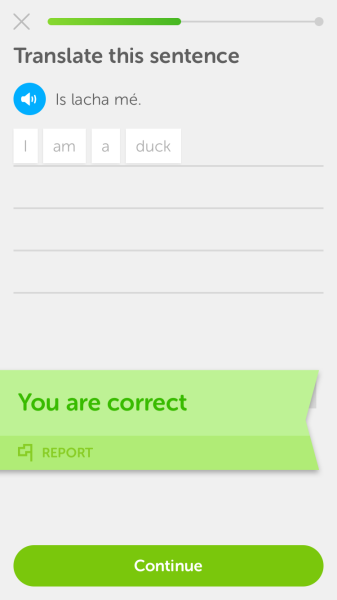 Well, it was all good fun - and I did the French and German courses too - but after about a year of it I realised that I had very definitely stalled, and Duolingo had got me to particular levels in all five languages - which in the case of French, Dutch and German was not a lot ahead of where I already was - and would get me no further. In particular, although I got to the stage where I had actually finished the Irish course, with all 60-odd exercises gratifyingly completed, my Irish remains in terrible shape. My basic vocabulary is somewhat improved, but my instinct for the grammar is still pretty poor, and I remain baffled by eclipsis and lenition. I think my Russian benefited a bit more from the experiment than my Irish did - the course is more substantial. (I also completed the French and German courses, which were a lot less surreal; my Dutch is still better than either, though Duolingo did not seem to think so.)

So I've gone back to reading on the train, and listening to Doctor Who audios as I walk from home to station and station to work, and so far this year I have finished reading 14 books and it's only January 13th. So you'll see more bookblogging this year, and no more Duolingo screenshots.
Tags: language: dutch, language: irish, language: russian, languages
Subscribe