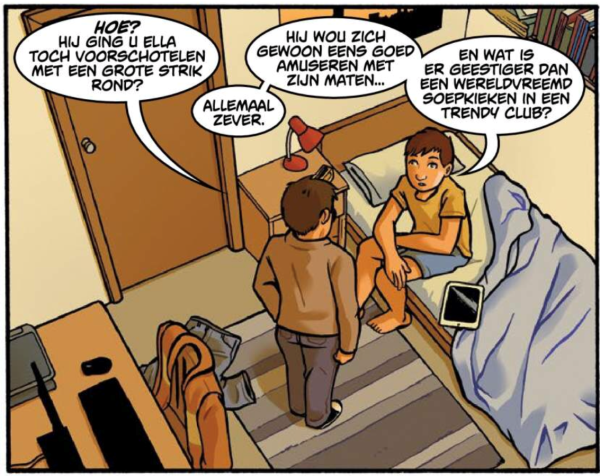 Matthias: "What? He was going to serve Ella up to you with a pretty bow on top?"
Lars: "Just banter. / He just wanted to have fun with his mates. /
And what's more fun than making a weirdo look stupid in a trendy club?"

I enjoyed Kristof Spaey's art in the Misschien / Nooit / Ooit trilogy with script by Marc Legendre, and picked these two albums up at Brussels Comic Con earlier this year, where he has joined forces with Flemish TV script writer Bart Vaessens to tell what at first sight appears to be a story of student love and drama in my local university city, Leuven. So far two volumes have appeared of what was originally planned to be a an ongoing series (though as the first appeared in 2014 and the second in 2015, and it's now 2017, I wonder if we'll see any more). The title Anders basically means Different.

The first volume, Lars, sets up our eponymous hero as an insecure chap who is trying to work up the confidence to get together with the lovely Ella. It plays out as a standard story of student shenanigans - up until the last few pages when suddenly one of their friends turns out to have supernatural powers which help Lars and Ella out of a fix, but are not such good news for one of their fellow students. The second volume, Onthuld (Revealed) tracks Lars, Ella and their friend Alix dealing with the consequent investigation by the police and by others. It also ends on a cliff-hanger.

It's very readable, if full of Flemish student slang which I don't usually hear much (though I may be hearing more, given that young F is about to start at Leuven where the comic is set). I hope that the creators do come back to Anders and give us some more. 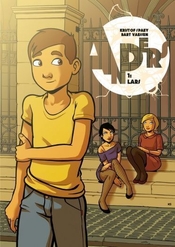 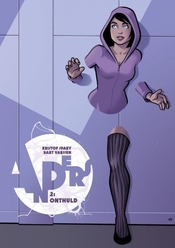