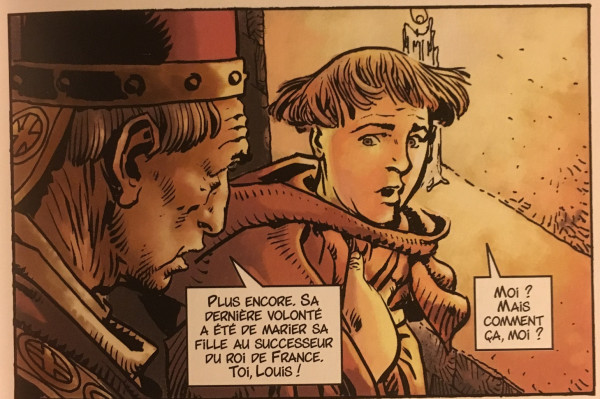 Suger: "There's more. His last wish was to marry his daughter to the heir to the King of France. You, Louis!"
The future Louis VII: "Me? What do you mean, me?"
Vol 2, second frame of page 3: 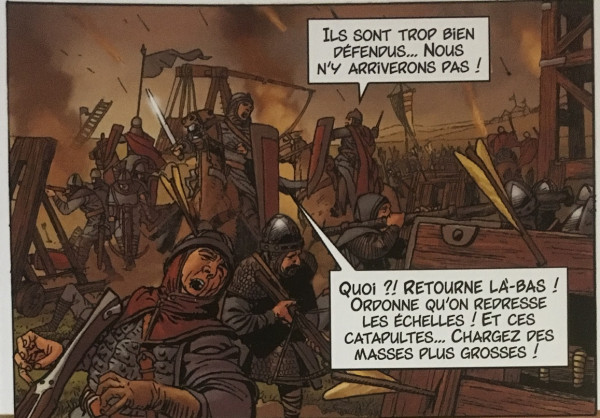 "They are too well defended! We won't make it!"
"What? Get back down there! Order the ladders back up! And those catapults... Load heavier projectiles!"

I have long been fascinated by Eleanor, ever since reading A Proud Taste for Scarlet and Miniver, and to my great joy discovered what may well be her astrological birthchart (cast for 14 December 1122 or 1123) while researching my M Phil. So when I spotted the Dutch translation of this recent bande dessinée in the local FNAC, I knew I had to go to the original and try it out.

It turns out that Delcourt, the French publisher, has started a line of historical series of albums about famous women rulers who have had a historically bad press, under the title "Les Reines de Sang", The Queens of Blood. Others covered include Cleopatra ("The Deadly Queen"), Fredegund ("The Bloody"), Eleanor of Aquitaine's descendant Isabella ("The She-Wolf of France") and Cixi ("The Dragon Lady").

The Eleanor series (subtitled "The Black Legend") has been translated so far into Dutch, Spanish and Italian as far as I know (alas, not English - it's surprisingly rare even for a top-selling French line to cross the Channel). It's a multinational endeavour, with writers Arnaud Delalande (French) and Simona Mogavino (Italian) joined by artist Carlos Gomez (Argentinian). There are six volumes out so far; the first two are told as a flashback from the 1142 siege of Vitry-en-Perthois, starting from 1137, the year when in quick succession Eleanor's father died, making her duchess of Aquitaine at 13 or 14, she married Louis, the heir to the throne, and his father then died making him Louis VII and her queen of France, and leading us through the first years of their joint reign.

Delalande and Mogavino have tried pretty hard both to include lots of historical detail (they slightly lose the run of it in the second volume) and also to inject some romance - Eleanor goes for it with some ruggedly handsome troubadours and noblemen, keeping Louis completely in the dark. But she comes across as an interesting character, trying to establish her own authority at court despite Louis being subject to the manipulations of Suger and his mother, attempting to protect her sister who falls in love with an older married nobleman, cultivating culture as well as warfare. Gomez' art is nice and clear, with big action scenes remaining uncluttered and the protagonists well characterised visually. The plot drives of course to the burning of Vitry, which means that we don't have all that much suspense about what is coming. But that only takes us to 1142, so I shall get the next volumes to see how the rest of the story is worked out. 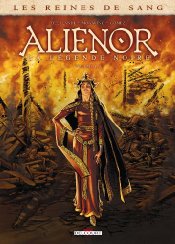 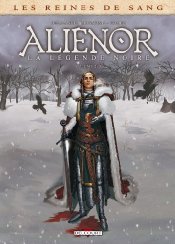