The Mexican: "You cannot leave me to my fate. This head is driving me crazy. It
keeps pulling faces and wakes me in the middle of the night by grinding its teeth."
Professor Bell: "Ask a dentist to pull them out."
Second frame of third page of De Poppen van Jerusalem: Eliphas the Ghost: "Do you think it is wise to flee from reality?"
Professor Bell: "Yes."

At a book fair a couple of years ago, I spotted these going for less than a euro, and snapped them up, having hugely enjoyed the first and second Rabbi's Cat collections. I wasn't so sure about these two, which open a series of five albums about a heavily fictional version of Professor Joseph Bell, who in real life inspired his student Arthur Conan Doyle's most famous creation. In the first, Bell is approached by a character based (anachronistically) on Pasqual Pinon, and must explore zombies and ghosts while avoiding the police; in the second, he rescues a rabbi and a priest from Jerusalem who have been shrunk to doll-size and transported to Scotland, and then in turn heads off to Jeruslaem to prevent an infernal summoning. It somehow lacks the quirkiness and humanity of the Rabbi's Cat, and the genre teeters uneasily between horror and fantasy. So, not really recommended. (I read the Dutch translation, and won't bother to find the French original.)

This was at the top of my pile of unread comics in languages other than English; next is the second volume of Antarès, by Leo. 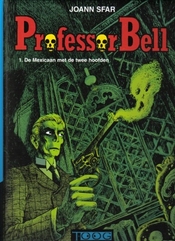 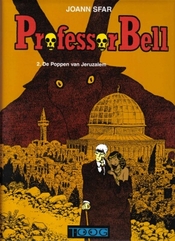