"We were just about to succeed."
Worldcon 75 is in Helsinki next August, and you all have to come. There are five guests of honour, and I'm going to do a series of posts highlighting some of their work.

First up is Claire Wendling. She is a brilliant artist, who made a big splash in the French comics (ie bande dessinée) world at a young age. Les Lumières de l'Amalou, published between 1990 and 1996 (ie before she was 30), shows her style developing from a quirky ligne claire in the early volumes to a balancing of people and landscape in the last. Compare this page of the plane crash which kicks off the narrative: 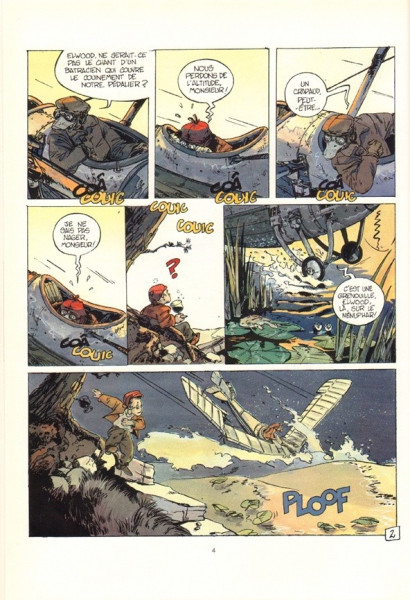 with this pursuit across rugged landscape neat the end: 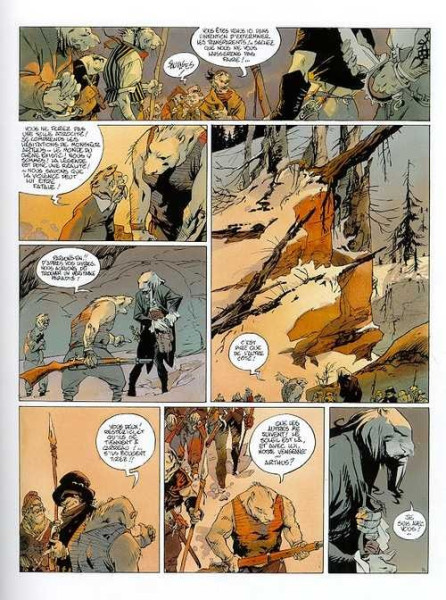 The story itself is about hybrid creatures inhabiting the shores of the river Amalou, uneasily located between central France of our world and the kingdom of the Oak (a huge but immobile sentient tree). In genre it's a hybrid between anthropomorphic fantasy and steampunk, between liminal and intrusion, between fairy-tale and tribal conflict. It's rather difficult to describe in more detail, but TV Tropes has had a go. Unfortunately it doesn't seem to be available in translation, but the point for Worldcon attendees is the art anyway, and I found it a rewarding and intriguing read.

This was my non-English comics slot, which I'm no longer really pretending to read in any particular order.