Me on TV (and radio) today and tomorrow

The votes in yesterday's election for the Northern Ireland Assembly are being counted today and tomorrow. (Elections here use the Single Transferable Vote, because unlike in England, they have to be fair.) I've already done one stint in radio studios for Good Morning Ulster, with presenters Conor Bradford and Julie McCullough, and Father Alan McGuckian gathering inner strength for his Thought For The Day: 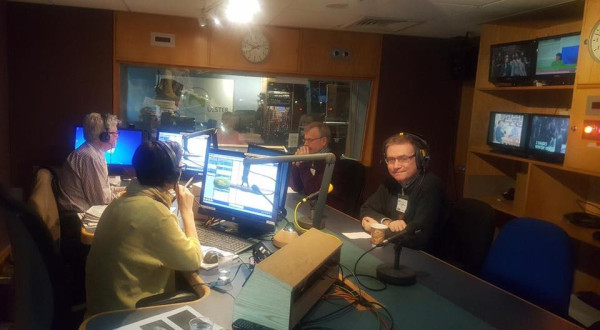 If you want to, you can hear me at 0750 here, and then saying much the same to BBC Radio Foyle at 0820 here. (I believe that radio can be listened to anywhere in the world.)