Oud-Heverlee, then and now

Took advantage of the fine weather this morning to try and reproduce the settings of some vintage postcards round our village - slightly hampered by the sun (should have got up earlier). 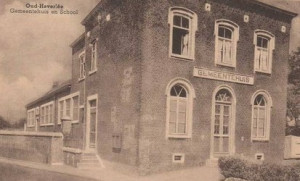 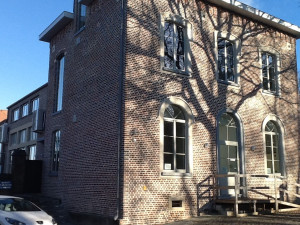 The old town hall, now the village library, was completely renovated inside a year or so ago, but retains the utilitarian brick facade, though the village name has disappeared. The school buildings behind ave been altered quite a lot. 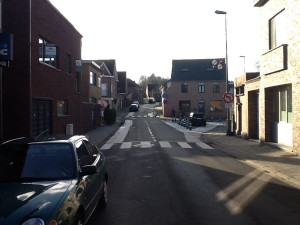 The position of the sun was a particular problem for this shot and I might try it again. The building facing us from he far corner of the junction was a cafe when we first moved here in 2001, but closed soon after and is just a private residence. (In the very short walk from the former cafe to our house, you pass a former bank branch and a former flower shop, both now private residence.) 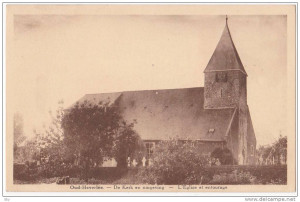 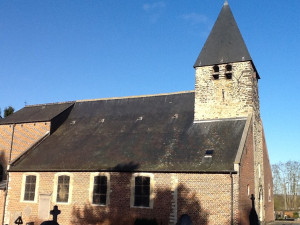 The Church of St Anne, at the core of the village, has been cleaned up since the older picture was taken (from the back garned on the adjacent property; we were not able to get across the wall). Also there was a clock on the south face of the 11th-century bell tower in the older picture, just about visible between the two small windows - it has now been moved to the east face, above the front entrance. 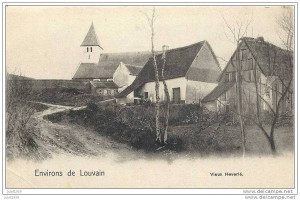 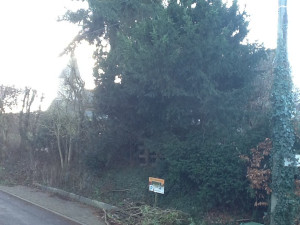 Finally, the one shot that turned out to be impossible to reproduce adequately is probably the nicest of the old pictures. The church in those days was painted white; the two quaint old buildings in front of it are both still there, in slightly better shape, and still painted white; but tree growth in the meantime makes it impossible to see except with the eye of faith.