Way back in February 2006, I helped F with the ceremonial planting of his municipal tree. 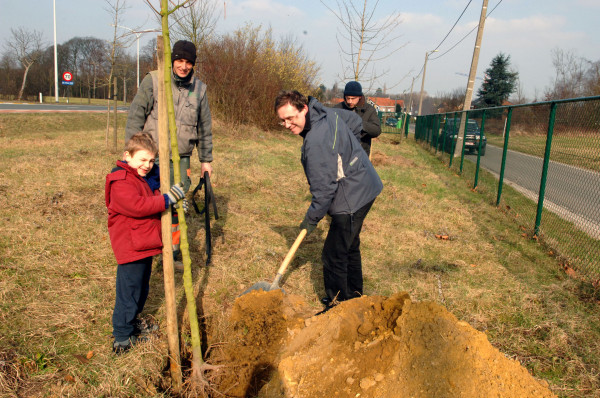 The commune dedicates trees to all the children turning seven in each calendar year. Most people pick up their trees for their own garden; we don't really have room, so opted to have it planted in the municipal garden. We were the only people to turn up to do the planting in person, along with two municipal gardeners and the journalist who took this picture.

I went back today to try and find it, and I think we succeeded: 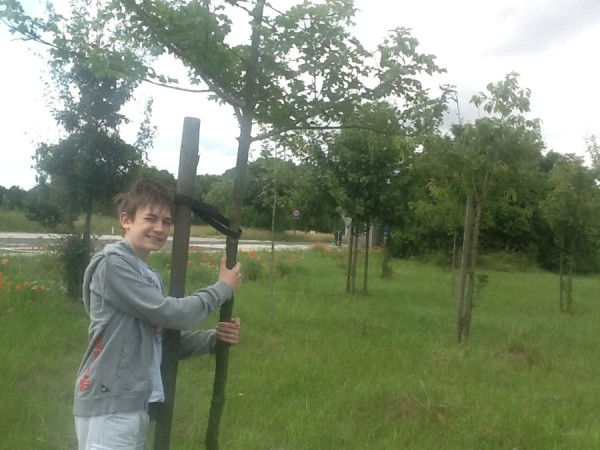 F is now more than twice as old as he was in February 2006, and he has clearly grown more than the tree has!