Irfan had been quieter than usual for a couple of weeks. As the ship ploughed on, southbound and unstoppable, he'd seemed paler, too, and while Irfan had always coughed for as long as Halim could remember, a dry-throated tickle that flared up when he was nervous or embarrassed, the racking, shuddering cough that he had picked up on the ship was new, a cough that seemed to rattle his membranes and tear him up from the inside out. Irfan had assured him that he was perfectly fine, it was just a bit of a cough, it was the change of environment and the dusty, thick-aired dormitory, and Halim had believed him because he'd wanted to believe him, despite his friend's uncharacteristic lethargy, his increasing reluctance to explore the ports when the ship docked, with the unconvincing excuse that he wanted to stay on the boat and study the English primer he'd filched off one of the Arab boys when his back was turned. That morning, when they had docked in Ceylon, it had been Halim urging Irfan to come and investigate the docks, instead of the other way round. Irfan, sitting, sweating, on the over-bright deck, had just shaken his head, and when Halim insisted, increasingly concerned, Irfan had just grinned wearily and told Halim to tell him all about it later, and when Halim did return, hours later, having swarmed around the port with a haphazard collection of Italian and Egyptian boys, resolutely refusing to worry, he had found Irfan in the exact same position that he'd left him in the English primer, tellingly propped open at the same page Halim and Irfan had been poring over the night before. In all his life; Halim had never known Irfan to sit still for minutes at a time, let alone hours, and he finally collected his courage and demanded to know what was wrong.

Jess is about to publish her third novel, so it's just as well that I've finally caught up with her second. This is an intensely told tale of two Turkish ice-cream sellers and the young Irish woman who befriends them in the Australian outback during the first world war. Things go downhill very rapidly after Gallipoli - even the Turks' fellow Muslims, mostly Arabs from other parts of the Ottoman Empire, start to shun them - and the situation accelerates to a dramatic ending based on a real historical incident. A grim story told with a very human touch. You can get it here.

I'm sorry to say that this was the non-genre fiction book that had lingered longest unread on my shelves. Next on that pile is Lying Under the Apple Tree, by Alice Munro. 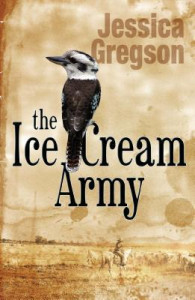 Right now, it was hurtling on a course towards Westminster Abbey on the bright, frost-flowered morning of 15 January 1559. After their tangle with sinister robots and exploding bubble-wrap at Kerblam!, the whole fam favoured a trip into a tech-free era, far enough back to not jeopardise the existence of any close relatives, but somewhere civilised enough to have decent grub and no cesspits to mess up Ryan's new trainers. Graham suggested the coronation of Elizabeth I, as the feast and flooring were bound to be top notch, and also because his recording of Cate Blanchett's film Elizabeth had clashed with his series-linked Bake Off repeats, so it seemed easier to hop back and watch the real deal rather than hunt down a DVD.

This is actually the first novelisation of any Thirteenth Doctor story to be published. I was one of the relatively few who really did not appreciate the televised story it is based on, writing:

I'm glad to say that I liked the novelisation a bit more. As is often the case when bulking out a 50-minute script to 178 pages of novel, Wilkinson has used the extra latitude to give a lot more depth to her setting and characters - particularly the villainous Becka Savage, whose means and motivation are made a lot clearer. She also has the Doctor discovering that being treated as a woman isn't much fun. And the ending is changed, tying in to wider Who continuity. Definitely worth getting hold of, for a Who fan. Not really sure I could recommend to others! You can get it here. 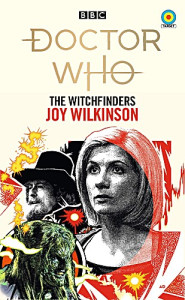