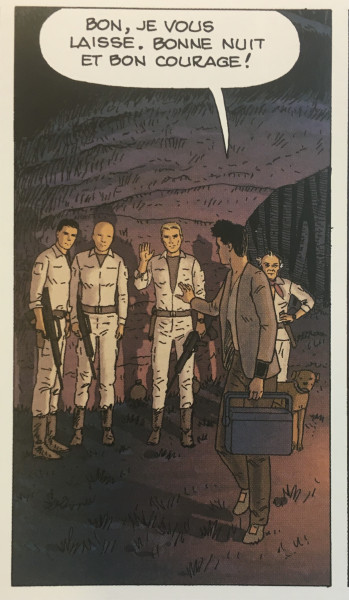 Claudia: OK, I'll leave you to it. Good night and good luck!
Second frame of third page of Épisode 3:

Sterens: This phenomenon has been described in space
travellers' tales. But it has never been confirmed.
So, I've reached the end for now of Leo's Mondes d'Aldébaran series of graphic novels (though a two-volume story, Neptune, is coming out next year). These two round out the trilogy whose first volume I read when it came out. Kim and friends are exploring the new planet reached through a mysterious cube; their mission, and they themselves, are put at risk by dark political machinations back on Aldebaran, and they must deal with the threats of hostile but insentient life-forms and justly suspicious humanoids on their new planet.

Perhaps a bit more starkly than before, Leo looks at migration, integration and xenophobia in a society which thinks of itself as advanced, and links this inevitably with colonisation and exploration. The art is lush, the plot is standard but fairly rattles along, and the characters are all pretty distinct and believable. Recommended (as are all 24 of the Aldebaran books). You can get vol 2 here (here in English) and vol 3 here (here in English).

This was my top unread comic in a language other than English. I have a lot to choose from but I think I'll go for the new and final volume of Le dernier Atlas next. 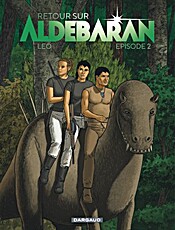 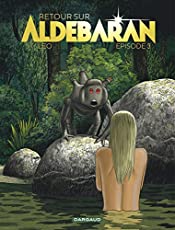