Next books
The Empire of Time, by David Wingrove
Crashland, by Sean Williams

So, young F has endured ten days in quarantine since I last wrote, and has displayed no symptoms of COVID whatsoever. So we have had a lucky escape. He is free as of tomorrow and I also get a test tomorrow morning (actually my 7-day test from his positive notification, but three days late because I have been travelling and recovering from travelling), and hopefully that will be the end of the story.

In fact I got pinged as having been close to some confirmed cases of COVID at the weekend, while in The Hague, presumably from others in the testing queue on Tuesday last week, but I’d meanwhile had another test on Friday so I was cleared.

I’d had the Friday test for my trip to the U.K. from Monday to Wednesday, only to discover on Monday morning that the British requirement for a recent negative test has been dropped if you are double-vaxxed (as I have been since June). So there you go.

Meanwhile I had a pleasant time in London, with a couple of days of work and also an afternoon visiting C in Eltham, including the medieval palace hall where Henry VIII was brought up. 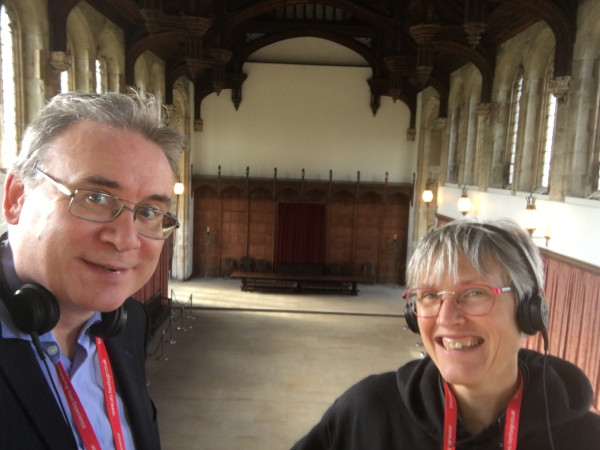 Eltham Palace is quite extraordinary - reconstructed as an Art Deco home in the 1930s by Sir Stephen and Lady Virginia Courtauld, who only actually lived there for eight years. It has been well restored.

It’s also close to an anonymously crucial spot in Irish history.
Anyway, back to the usual routine. Belgium’s current rate of positive cases is the lowest in Western Europe, and the U.K.’s is the highest (not counting the Isle of Man or Channel Islands); and our death rate is about half the U.K.’s. So I hope I have not brought any nasty souvenirs back with me, but tomorrow’s test will make that clear.

Edited the following day: As I hoped and expected, my test on Saturday morning was negative.
Collapse