Anne and I went up north for the weekend to celebrate our wedding anniversary (28 years ago, yesterday). Great fun. Got a great AirBnB right beside the Hofvijver (which was just as well considering the miserable rain today). We had the following meals:

Friday evening: De Poentjak, Kneuterdijk 16; a good crowd and a great rijsttafel. I look a bit merry in the picture (taken by Vince, which is why only half of his head is visible). Anne's classes didn't finish until 4 on Friday; so we had to battle the traffic around Brussels, Antwerp and Rotterdam and it took three hours - we were barely in time for our 8pm dinner appointment. It also turns out that the Mauritshuis, which was the main target for our trip, is closed on Saturdays. But it's not like there is nothing else to do in that part of the world, and we decided to go to Leiden yesterday and visit the National Ethnology Museum, which we had missed on our previous visit.

I can't recommend it highly enough - we spent the whole morning there, and even so may have skimmed one or two of the rooms. There's a big exhibition on at present on the Aztecs; there's a smaller exhibiton on indigenous voices from the Americas; there's a massive permanent display about Indonesia, which does not sugar-coat the history of Dutch involvement; as K proudly told us the previous evening, there is a recently installed Waka, a Māori ceremonial canoe; and there is a room full of Buddhas. There's also a decent cafe, which we really needed about half way through. Leiden is only 18 minutes from the Hague on the slow train, 10 on the fast train; we left the car in the AirBnB garage.

Relaxing in the early evening before dinner, I finished off my re-read of Neal Stevenson's Quicksilver, the closing chapters of which are set in the Huygens house on De Plein and in the Binnenhof, less than five minutes' walk from where we were staying. I am also reading a biography of John Quincy Adams, who staffed his father's diplomatic mission to the Netherlands in the 1780s and then himself served for three years as the American diplomatic representative in the Hague in the 1790s. (Two current ambassadors had joined us for dinner on Friday.)

This morning we did in fact get to the Mauritshuis, which I don't think I had actually been to before. As famous art galleries go, it is small but digestible. Again, they are up front about the provenance of some of the works on display. As a child I was bored by art galleries, but my late aunt Ursula gave me sound advice: look for the one picture that really works for you, she said, and that alone makes the visit worthwhile. The picture that grabbed me today was The Bull, painted by Paulus Potter in 1647. It's huge, and it's ultra realistic. You can practically smell the cow shit and canal water. A number of young women grabbed me, as it were. I love the cheeky look on the face of the future mother of Jesus Christ, in The Education of The Virgin by Michaelina Wautier, a Belgian painter who had previously been erased from the history of art: 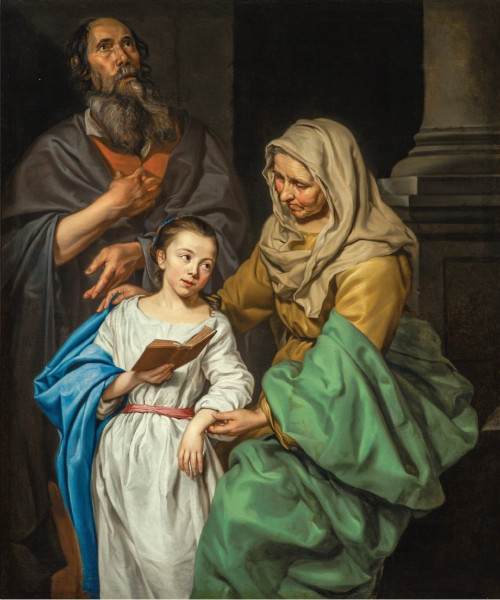 At the other end of the emotional scale, Rembrandt's Andromeda grimly awaits her fate. She is opposite the Anatomy Lesson of Dr Nicholas Tulp, which can't be exactly reassuring for her. And here's the Holbein portrait of Jane Seymour, third wife of Henry VIII and mother of Edward VI. Finally, all the girls want to see Vermeer's Girl with the Pearl Earring. As I said above, the Mauritshuis is really not too difficult to grasp - having been to the Louvre in July - only 16 rooms, and I downloaded and ruthlessly used the app to keep track of what I was looking at.

Just a few metres away is the Historical Museum of the Hague, which I confess I would not have even considered going to, if it weren't for the fact that we kept walking past it and curiosity got the better of me. There is a great exhibition on the history of the Binnenhof. This includes actual body parts of Johan and Cornelis de Witt, who were torn to pieces by a baying mob in 1672. I won't disturb you with those, but here are various depictions of one of the most frequently painted government building complexes in Europe, from the west: Today
And from the east: 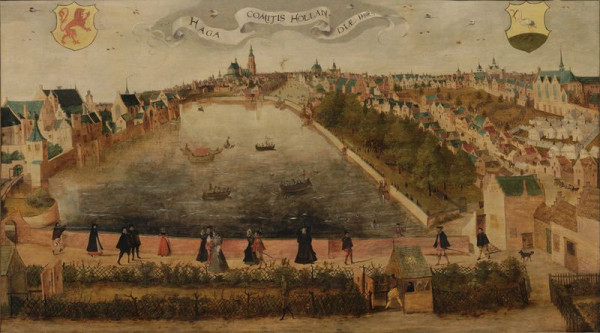 Today
The exhibition looks at the connection between power and architecture, and does it rather well. Upstairs is a collection of everyday objects from the history of the Hague, including the personal bidet of Queen Emma (regent in the 1890s). 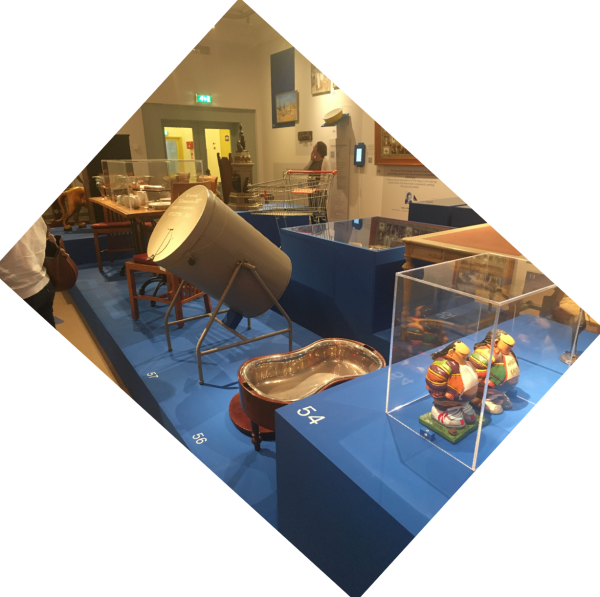 Well worth the visit. I think people who know The Hague better than I do would appreciate it even more, but it's a good museum all the same.

The journey home took almost exactly two hours, due to being Sunday afternoon rather than Friday evening. Another time we might do the whole trip by train. But it was a nice weekend.
Collapse