It begins in childhood. Play is necessary to an immature mammal, a means of learning to handle the body, the perceptions, and the outside world. The young human plays, must play, with its brain too. The more intelligent the child, the more its imagination needs exercise. There are degrees of activity, from the passive watching of a show on a screen, onward through reading, daydreaming, storytelling, and psychodrama . . . for which the child has no such fancy name.

"The Saturn Game" won both Hugo and Nebula for Best Novella for work published in 1981. (So it's the Hugo for 1982.) In both cases it beat "In the Western Tradition", by Phyllis Eisenstein, and "True Names", by Vernor Vinge. The Hugo ballot also included "Blue Champagne", by John Varley; "With Thimbles, with Forks, and Hope", by Kate Wilhelm; and "Emergence", by David R. Palmer. The Nebula ballot also included "Amnesia", by Jack Dann; "Swarmer, Skimmer", by Gregory Benford; and "The Winter Beach", by Kate Wilhelm. I think it's not unfair to say that "True Names" has had the better staying power, though "The Saturn Game" remains the most anthologised of any of these.

Frankly, it's not very good. It's a story of astronauts exploring Iapetus, Saturn's third largest moon, while at the same time engaging in a complex fantasy role-playing game in which two of them who are not married in real life are married in the game. I was unable to suspend my disbelief that this activity, with its inevitable potential for fatal distraction, would be permitted, let alone encouraged, by the management of any space mission; and on top of that, the modalities of the space mission seemed pretty implausible in places. Also the characters themselves are rather cardboardy. I guess voters of 1981 were interested in D&D, which was then approaching its peak (certainly that was the time that I was playing it most myself), and Anderson of course was always a popular figure among fandom. But this is one of the less robust winners of both awards. Good stuff has been and will be written about games in an sfnal context, but this ain't it.

Other Hugo and Nebula winners that year were as follows:

Novel: The Hugo went to Downbelow Station, by C.J. Cherryh, which I rather bounced off; and the Nebula to The Claw of the Conciliator, by Gene Wolfe, which also somewhat underwhelmed me. I'd have voted for The Many-Colored Land, or Riddley Walker. The BSFA Award went to the first Gene Wolfe volume, Shadow of the Torturer; I'd have voted for Chris Priest's The Affirmation.

Novelette: The Hugo went to "Unicorn Variation", by Roger Zelazny, which is a favourite of mine; the Nebula to "The Quickening", by Michael Bishop, which I don't think I've read.

Short Story: The Hugo went to "The Pusher", by John Varley; Lisa Tuttle declined the Nebula for "The Bone Flute". I don't think I've read either.

Dramatic Presentation: No Nebula, but the Hugo went to Raiders of the Lost Ark.

Next in this sequence is Connie Willis's "Fire Watch" which (spoilers) I also don't rate very highly. 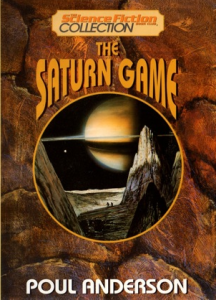 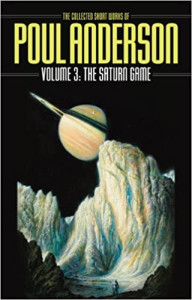