As previously noted, I started the month in Berlin, but flew immediately to London for a Worldcon planning weekend. No sooner was I back from London than I went to Geneva for a day. At the end of the month I visited Barcelona, where I caught up with an old friend (who you may spot in my college-era photos) and her children. 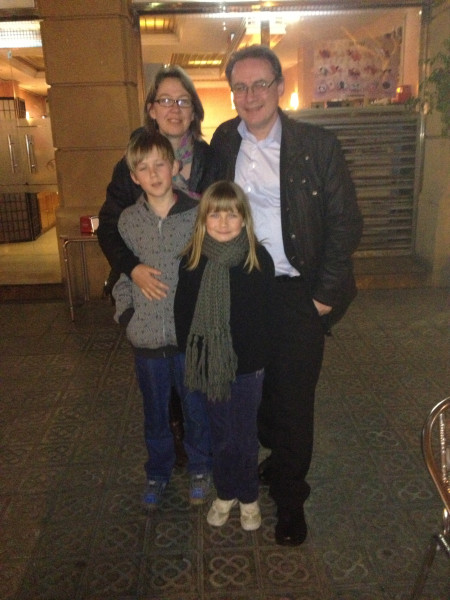 Also a lovely picture of the Atomium at night (we were up there seeing the first Hobbit film): I had one of those funny exchanges at work. I had attended a press conference given by several MEPs in the European Parliament, and was chatting to an assistant who I knew on the way out. He said, "What struck me was that none of them are native English speakers, but their press release was very well written."
"Oh, do you really think so?" I replied. "Very glad to hear it." (Polishing fingernails modestly.)
My friend was shocked. "Isn't that a bit off, a lobbyist writing a press release that is then issued by MEPs?"
I said, "No, not really. They asked me to give a hand with drafting, I did it for free because it's in my client's interests and they all know that, they were satisfied with my text and they used it. They could have changed it if they wanted, but they didn't."
"Anyway," I added, "I once sat in an MEP's office and wrote and sent an email to other MEPs from his official account. He was looking over my shoulder of course, and could have changed the text or stopped me sending the email if he wanted, but it was my fingers on the keyboard. I'm sure that happens all the time."
"Wow," said my friend.
"What's more," I added, "that MEP was in fact the MEP who you happen to work for. Before your time, I think."

No names, of course. Also I got profiled in Brussel Deze Week.

In the outside world there was a by-election in Mid Ulster.

With a lot of daytime travel and also some short books, I read 24 that month.

Non-fiction 2 (YTD 7)
The Unfree French, by Richard Vinen
What's Up With Catalonia? The causes which impel them to the separation, translated and edited by Liz Castro

Fiction (non-sf) 3 (YTD 5)
A Rag, a Bone, a Hank of Hair, by Jonathan Gash
The Castle, by Franz Kafka
The Lady and the Unicorn, by Tracy Chevalier 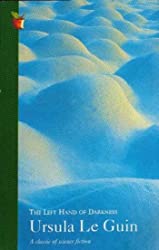 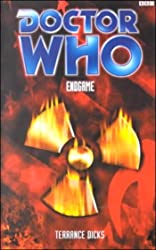