A really accomplished technothriller, set in a slightly divergent timeline where the Caribbean states have got their act together to be an effective counterpart to the larger countries who want to play in their sand. Our protagonist, allied with a mysterious but glamorous French agent, gets involved with a criminal mastermind who plans to wipe out large chunks of the human race through biological terrorism. Lots of split-second escapes and dramatic writing; it would make a good film (though probably couldn't fit in the background politics). It seems to be out of print, but you can get it here (for a price).

This was both the shortest book of my dwindling stack acquired in 2014, and the sf book which had lingered longest unread on my shelves. Next on both piles is The Rain-Soaked Bride by Guy Adams. 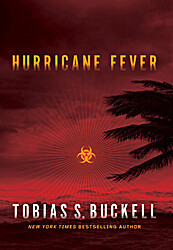