Second paragraph of third chapter of The Primal Urge:

As you went through plate glass doors into a foyer ambushed with cactus, a sign in sanserif announced, “Only books stand between us and the cave. Clyde H. Nitkin. The IBA ran mainly on dollar lubrication supplied by the Clyde H. Nitkin Foundation, and the words of the great man, at once original and obvious, were in evidence throughout the building. In the cafeteria downstairs, among the Mojave Desert decor, was “To read is to strike a blow for culture. Clyde H. Nitkin.” In the Main Exhibition room on the ground floor was “Speech is silver: silence is golden: print is dynamite. Clyde H. Nitkin.” Up in the library, appropriately enough, was “Only by libraries can man survive. Clyde H. Nitkin.” And, most touching heart cry of all, reserved for the board room up by the roof, was “Dear God, I would rather be an author than Clyde H. Nitkin.”

Ann let go of him and stretched. They had materialized beside a dead tree. Its bare shining arms were like a reproof to the girl; Bush realized for the first time what a slut she was, how dirty and unkempt, and wondered why it did not alter what he felt about her – whatever that might precisely be.

As sometimes happens, my reading lists threw up two related novels simultaneously, both 1960s works by the late great Brian Aldiss. They are very different in content, The Primal Urge being set in a contemporary (1961) world, and Cryptozoic! set in the much more distant future as well as the even more distant past. Both however look at the impact of new technology on England and the consequent disintegration of British society and government.

The Primal Urge is both more approachable and has aged much less well. The story is about the revolution in 1961 Britain caused when everyone of adult age installs lights in their forehead which glow if they are sexually attracted to the person they are speaking to. (The book was banned in Ireland.) A few foolish people resist the compulsory modification to their bodies, but the population as a whole embraces it, and soon, each other. The humour is not exactly subtle - one of the protagonist's love interests is called Rose English, and there is a psychiatrist called Dr Croolter B. Kind. It's a long way down the list of Aldiss's novels, perhaps an attempt to break into the mainstream by writing a contemporary comic novel with an sfnal twist, and for that reason has dated very badly; but it's clearly written and you know where you are. You can get it here.

Cryptozoic! aka An Age shows more of Aldiss's greatness as a writer, but doesn't quite come together as a novel. A couple of hundred years from now (in a setting which nonetheless feels like England in 1967), people have developed the technology of mental time-travel by use of a drug (called CSD, totally different from LSD of course). Our protagonist returns from an extended mental time trip to find that a fascist government has taken over, and he is sent on a meandering quest to eliminate a fellow time-traveller who is a threat to the government. It's the sort of story that Moorcock and Ballard were doing just that bit better at the time, but there are some Aldissian twists to it all the same (notably the protagonist's relationship with his father and his lover). You can get it here.

The Primal Urge was the top book on my unread list acquired in 2015; next on that list is Day of the Dead, Neil Gaiman's script for his Babylon 5 episode.

Cryptozoic! was the top book on my unread list acquired in 2018; next on that list is City of Miracles, by Robert Jackson Bennett. 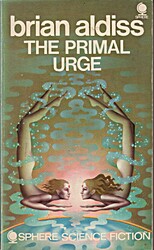 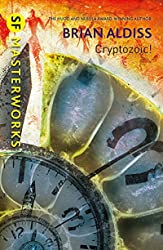