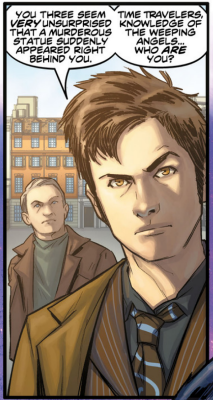 I have been thoroughly enjoying the Thirteenth Doctor comics, perhaps even a little more than the TV show. Here Jody Houser brings the four-strong TARDIS crew to play a Rosencrantz-and-Guildenstern type role in the background of Blink, which remains for me the single best episode of New Who. The Thirteenth Doctor bonds with Martha Jones, and sheepishly realises the Tenth Doctor's emotional cluelessness; and the Tenth Doctor meanwhile is perturbed by three time-travelling strangers. There are Autons and a Time Agent as well, but who cares? It's immense fun just to see the characters actually doing something together, and wishing it could have been televised like this. (Though there are already rumours that Tennant will return for the 60th anniversary...) You can get it here.

This was my top unread comic in English. Next on that pile is Wake: The Hidden History of Women-Led Slave Revolts, by Rebecca Hall. 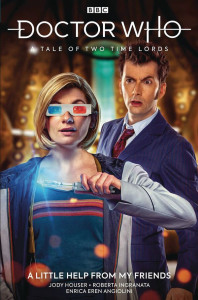