My last update was a bit pessimistic, as COVID case numbers started to surge again in Belgium. But actually it now looks not too bad. Cases today are at 1330 (well, that's the daily average for 10-16 July), compared to 697 ten days ago and 328 twenty days ago. But hospital numbers are only at 265, up a bit from 240 ten days ago and down rather more from 329 twenty days ago. So it looks rather like the extensive vaccination campaign (68% of the entire population has had one jab, 49% have had both) means that those who are getting the bug are not getting it as badly. It's still far from over, of course, but this is the first time we've seen a surge in cases that wasn't immediately followed by a surge in hospital numbers, ICU cases and ultimately deaths. We are in new territory. I see unconfirmed reports today that the UK is no longer screening arrivals from green or amber countries; I do hope that's true and also that it's sustainable.

A different disaster: on Thursday last week we were woken early in the morning by extraordinarily heavy rain. The flooding was very bad in parts of Belgium and worse in Germany, and a number of kind people contacted us to ask if we were OK. Fortunately we're elevated well above the river basin. We had some roads closed, and some houses in the next village had to be evacuated and had their cellars flooded. Other places had it much worse. But the most dramatic thing in our locality was a confused beaver seen navigating a street which is normally not under water.
Also in more or less local news, this morning I went to Landen to attend a ceremonial visit by Patrick Butler, Lord Mayor of Limerick, to inspect the battlefield on which Patrick Sarsfield, Earl of Lucan, lost his life in 1693. The Mayor of Landen, Gino Debreux, presented him with a rare contemporary print of the battlefield. 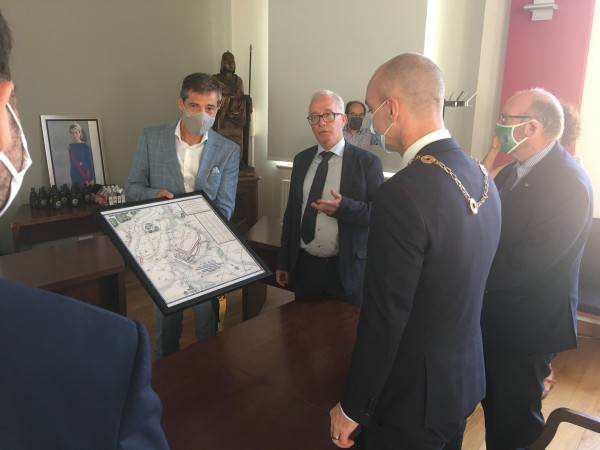 We then went to the Chapel of the Holy Cross, which you may remember is a favourite place of mine anyway, where Wim explained the course of the battle to us. The two mayors (both wearing sunglasses) inspected a contemporary 1693 rifle. (Later on the Mayor of Landen got a fantastic photo of the Mayor of Limerick firing a similar weapon, which I hope he will publish). 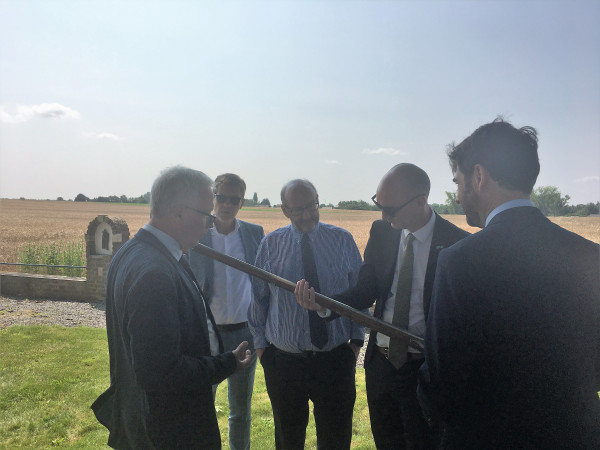 I've had a nice relaxed few days in Paris, which I'll write up at the weekend, and tomorrow is a public holiday here. Back to work after that. But it's been really good to have a five-day break, my first since the start of the year.
Collapse