There is a big exhibition about Napoleon in Paris, and in the course of a long weekend there F and I visited it yesterday. 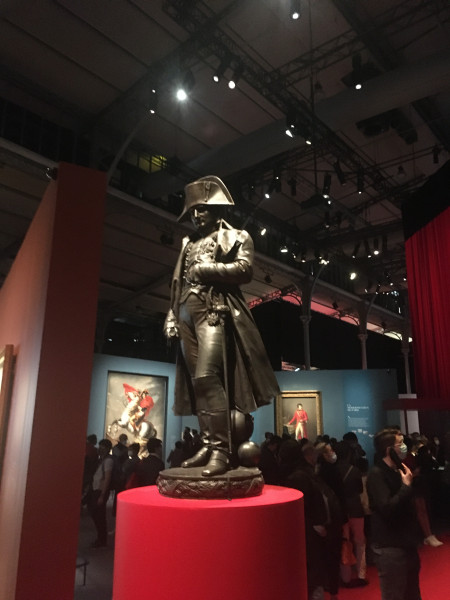 It’s alway interesting to see what is included and what is not in an exhibition like this. Napoleon’s career as a military and political leader lasted only 20 years, but he packed a lot into that time. The exhibition is big on art and artefacts, including several of the classic portraits: 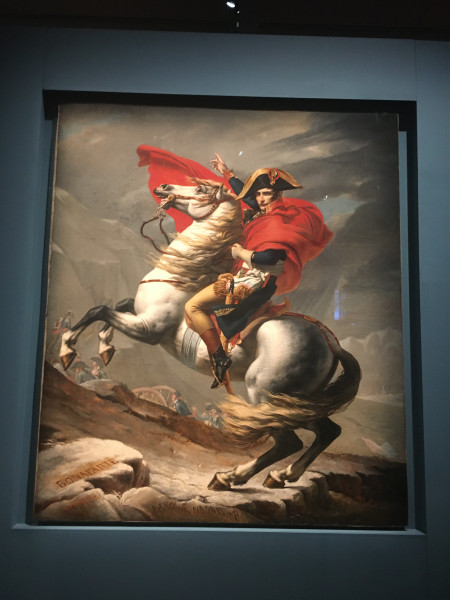 And also the coach that took Napoleon to his coronation and his second marriage, and some pretty amazing domestic objects. 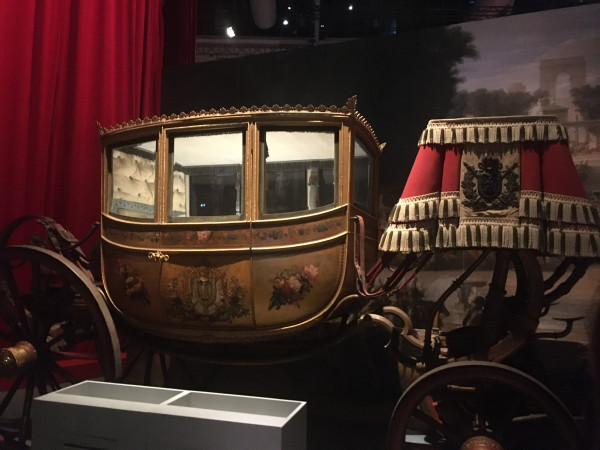 Videos of talking heads and animated maps illustrate the course of Napoleon’s career. These filled in a couple of important gaps in my own knowledge. I was aware of the Egypt campaign, of course; I didn’t realise that Napoleon also invaded the Holy Land, getting as far north as Acre before having to retreat. When he sneaked back to France leaving his army in the lurch in Egypt, it was to a hero’s welcome and within weeks he was in charge of the whole affair.

I was also vaguely aware of the Haitian revolution, but had somehow missed that this was sparked by Napoleon’s reintroduction of slavery, eight years after Revolutionary France had abolished it. This must be the worst thing that Napoleon did in his career, as a matter of principle. The extraordinary story of Louis Delgrès and the failed revolt in Guadeloupe was new to me.

It had not occurred to me that Napoleonic France had a legislative system, but of course it did, even if this was somewhat limited - the Tribunat, which could debate new laws but not vote on them, and the Corps législatif, which could vote on the new laws but not debate them, along with the hand-picked Conservative Senate (the adjective is part of the official name) which eventually formally deposed Napoleon in 1814. I would have liked to hear more about Cambacérès, the Second Consul who was basically prime minister and wrote the Code Napoléon. Not mentioned in the exhibition, but he was homosexual and everyone knew it.

There’s a nice presentation of the two empresses. I always feel sorry for Marie-Louise, made empress at 18 for five brief years. Her lover and second husband was a younger son of the Neipperg family, who owned the land on which I worked as an archaeological volunteer in Germany in 1986. The head of the family then was Joseph Hubert Graf von Neipperg, who died only last year, aged 102.

It’s impossible not to feel some sympathy for Napoleon at the end. I thought the Montfort/Vernet painting of Napoleon’s Farewell to the Imperial Guard was striking. 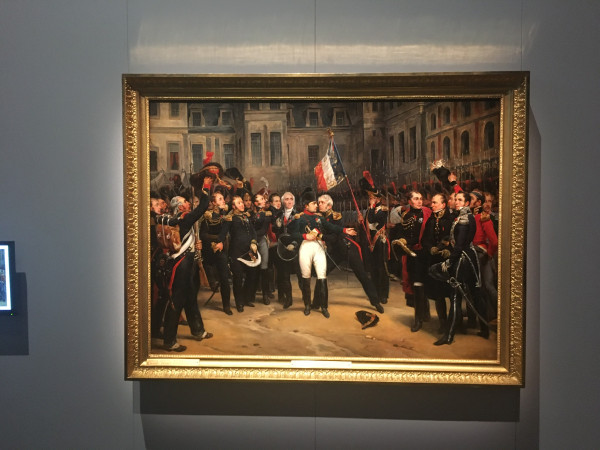 And you leave the exhibition under the brooding gaze of Vela's statue of the last days of Napoleon on St Helena. 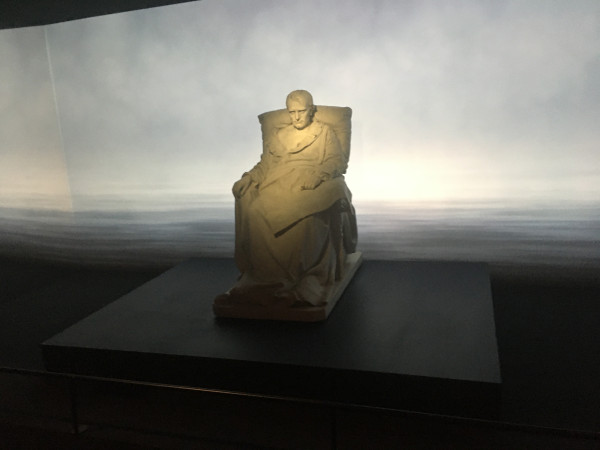 Time well spent. Get to Paris and view the exhibition while you can.
Collapse