Another flash, dazzling and eerily silent.

A retelling of Frankenstein from the point of view of one of the Scottish islanders, where Frankenstein creates a spouse for the mosnter. TBH I didn't really get it; I didn't find the use of dialogue convincing Scottish (let alone Frankenstein's use of German) and that rather threw me, and it was difficult to believe that early 19th-century islanders would behave as described. You can get it here.

This was the shortest unread book on my shelves acquired in 2014. Next on that pile is Strange Bedfellows: An Anthology of Political Science Fiction, ed. Hayden Trenholm. 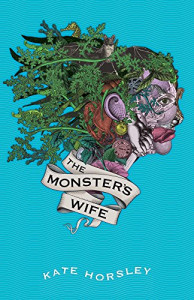