6) Harrow The Ninth, by Tamsyn Muir

Her birth had been expensive. Eighteen years ago, in order to wrench a final bud from this terminal axil, her mother and father had slaughtered all the children of their House in order to secure a necromantic heir. Harrow had been created in that hour of pallor mortis, while the souls of her peers were fumbling to escape their bodies, her genesis their ignition of thanergy as they died with a simultaneity her parents had agonised to calculate. None of this had been kept from her. It had been explained to Harrow, year after year, right from the time she knew both when to speak and when to not. This skill came early to Ninth House infants.

Jeepers. I really didn't understand what was going on here. I didn't remember a lot about the first book, which was a finalist last year, but am not sure it would have helped if I had. Clearly appeals to quite a lot of people.

She felt the apprentices’ hands, two girls who strained and heaved as they dragged her from the river. She heard Zataya order them to build up the fire, and then she breathed in the smoke the witch fanned from the flames. She screamed without sound at the hot, thick drip of blood against her naked chest, and then at Zataya’s command to her apprentices to spread the blood evenly over Naranpa’s supine form. And as the witch covered her with a blanket, pausing only to pry her mouth open and place a salt rock under her tongue, Naranpa wept unnoticed tears.

Interesting set-up, four characters on separate journeys to the same date with destiny, across a fantasy world which is largely based on Native American culture. Slightly muffs the denouement, but I kept reading.

It was only four standard Preservation day-cycles back to Preservation via wormhole, and I meant to use the time to finish watching Lineages of the Sun. It was a long-running historical family drama, set in an early colony world, with one hundred and thirty-six characters and almost as many storylines.

I'm one of the three people in fandom who rather bounced off previous Murderbot stories, largely due to my antipathy to cute anthropomorphic robot stories (even if the robot is also a killer robot). But this was OK, as it turns out that Murderbot does actually have a space for friendships and possibly even growth, making it a bit more than a one-joke story. Won the Nebula and Locus (SF).

He shook hands with the president, who was a trim, handsome white man in the Clark Gable mold, with dark hair just going silver at the temples. “Director. Thank you so much for coming out.”

I missed the middle volume of the trilogy, but it's easy enough to pick up on what's happening; the space programme as a liberalising catalyst to 1960s/70s America which is recovering from a devastating meteor strike. The calamities that kept falling on the head of the protagonist did challenge my suspension of disbelief just a bit, as did the postscript after the main action of the book was over. But very readable.

It was not the Other. He was thinner, and not quite so tall.

As I have said before, Clarke's first novel in the fifteen years since Jonathan Strange & Mr Norrell, a much much shorter book, in which the eponymous protagonist is one of two living inhabitants of a vast building which seems to be the entire world. Gradually the truth about the narrator's past and about the world they are in becomes clear. Intense and intricate. I nominated it for the BSFA Best Novel award.

The terminal is mostly just a big, brightly lit room where a few hundred people can assemble. There’s nothing that should be scary about it. Its walls are lined with ads for movies Aislyn isn’t planning to see and makeup she probably won’t ever wear. The people standing or sitting around her are hers, her people; she feels this instinctively even though her mind resists when her gaze skates over Asian faces, or her ears pick up a language that probably isn’t Spanish but also definitely isn’t English. (Quechua, her strange newer senses whisper, but she doesn’t want to hear it.) They aren’t bothering her, though, and there are plenty of normal people around, so there’s no good reason for her to be as terrified as she is. Terror doesn’t always happen for a good reason.

I was also one of the three people in fandom who bounced off the Broken Earth trilogy (I also counted the votes that gave the second volume its Hugo). However this worked a lot better for me for some reason - our protagonists discover that they have become the incarnations, the genii loci, of New York's boroughs, and also that they are under magical attack. Somewhat reminiscent of Ben Aaronovitch's Rivers of London, except that here it's the human-built settlements that have acquired personalities. Vivid and sharp. Has already won the BSFA Award and Locus (Fantasy). 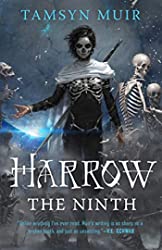 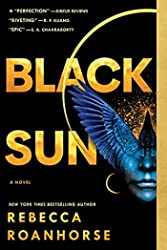 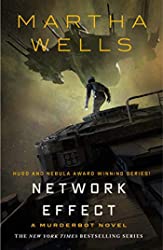 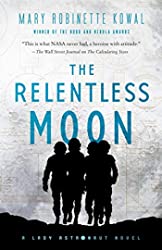 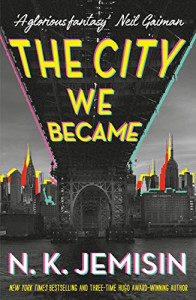 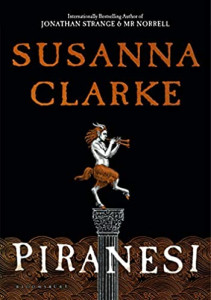