I'm a bit less cheerful today than I have been in some of my recent updates. Belgium managed briefly to qualify for the ECDC green zone last week, but infections have started to surge again in the last few days, today's case rate being a massive 82% ahead of a week ago. Hospitalisations and deaths have not yet started to rise in sympathy, which either means that a lot of people who are getting diagnosed are not in fact all that ill, or that the other numbers are delayed. And it's currently raining cats and dogs outside, on a Saturday when I have been grumpily stuck doing Day Job stuff since this morning. It's been great to be back in the office three days a week, less great when it extends to the weekend. And the ongoing tedious wrangling over Brexit, with the UK pretending they did not know what they negotiated or signed last year.

"Can you help us? We've agreed to a protocol by mistake." https://t.co/hTJ39rXhGr pic.twitter.com/Pb4DOIfemV

I did manage one completely fascinating bit of cultural tourism, in our own neighbourhood: the amazing baroque stucco ceilings of Park Abbey.
I had one of those bizarre media appearances on Egyptian TV last weekend, with long pauses for simultaneous translation, on the future of NATO. It sounded to me like I made sense, but I have no idea what the translation said.
Also an Albanian TV interview which I did in June was actually broadcast at the start of the month, this time interviewed in English but dubbed into Albanian.
One welcome bit of nostalgia was a friend posting photographs from a couple of student parties in Cambridge days. I had bad luck with the reflection off my glasses in the first one, and am looking the wrong way in the second. Amused that in the second I happened to be sitting in front of my future wife, two years before we started dating. Weird also to think that young F is now older than either of his parents were in these pictures taken in 1988. 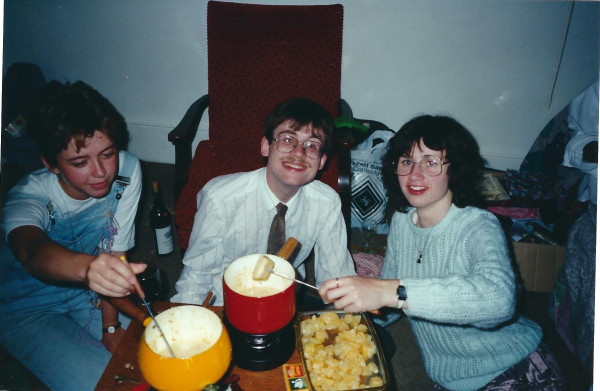 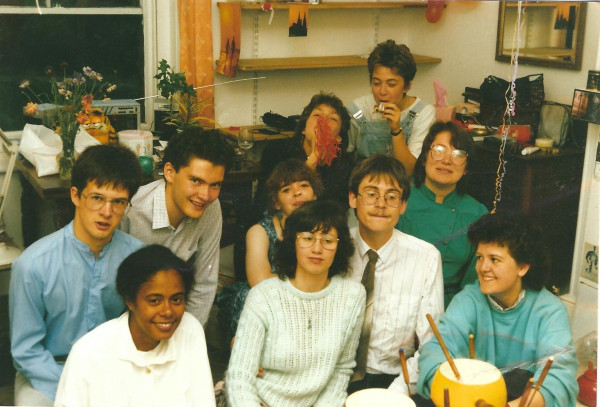 Not going to jinx it, but I'm planning to get away from Belgium for a couple of days next weekend. I'll report on that after the fact.

But for now, I think I'm likely to be keeping up these ten-day updates for a while yet.
Collapse