If you’re within reach of Leuven, and on the look-out for something a bit different to do this weekend, you could do worse than visiting the Abdij van Park, south of the city. We know it well - Anne actually volunteered in the museum for a few months, a couple of years ago. I started a videoblog entry about it last summer, but never completed it; this was the intro.
The abbey now hosts a religious art museum, Parcum, with a permanent exhibition and a rotating set of temporary displays. This summer - now scheduled to finish on 29 August, though they will surely extend it again - they have opened up some more of the abbey infrastructure for the visiting public. As well as various works of art, this includes the incredible recently restored baroque stucco ceilings of the monks’ refectory and library. Made in 1672 by Jan-Christian Hansche, these are vivid, three-dimensional scenes hanging over your head. Here, for instance, is St Norbert being struck by lightning, an incident that caused the young nobleman to rethink his life and dedicate himself to God. 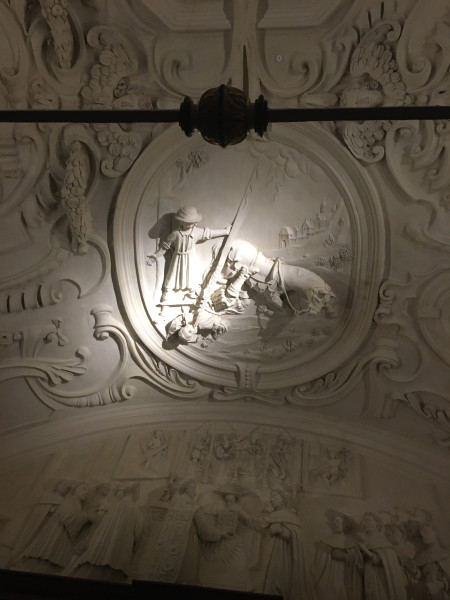 Here is the Samaritan woman at Jacob’s well: 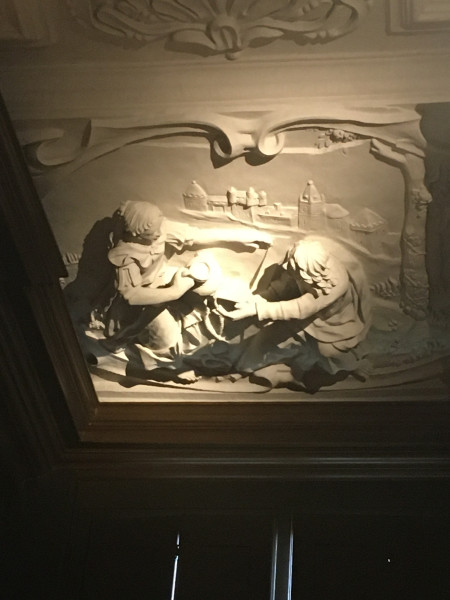 And most striking of all, here is the Last Supper, seen in a mirror on the refectory table, with apostles leaning out of the ceiling into our space: The rest of the art is interesting enough, but I don’t think I have ever seen anything quite like Hansche’s stucco ceilings. Well worth going to see.

Current
Middlemarch, by George Eliot
The Separation, by Christopher Priest
The Last Pharaoh, by Iain McLaughlin and Claire Bartlett
Harrow the Ninth, by Tamsyn Muir

Next books
Empire Games, by Charles Stross
The Kingdom of Copper, by S. A Chakraborty
Collapse