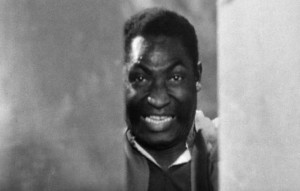 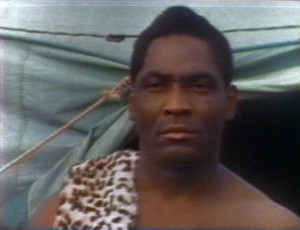 15 May 1965: broadcast of "The Final Phase", fourth episode of the story we now call The Space Museum. The Xerons revolt and kill the Moroks, allowing the Tardis team to escape. 15 May 1971: broadcast of sixth episode of Colony in Space. The Guardian destroys the ancient weapon, and himself; the IMC surrender to the colonists; the Master escapes, and the Doctor and Jo return home. 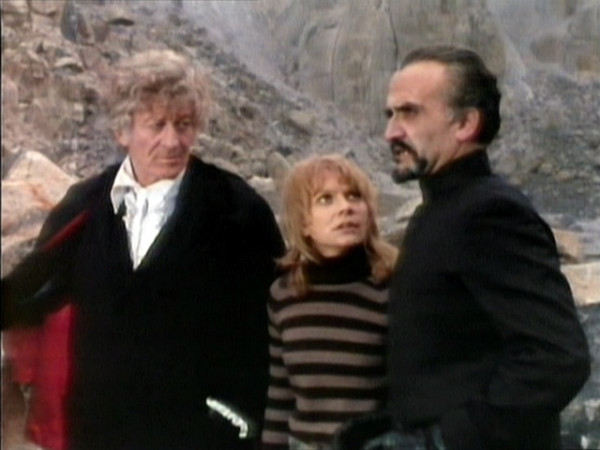 15 May 2010: broadcast of Amy's Choice. Amy is forced to choose between different versions of reality by the Dream Lord. 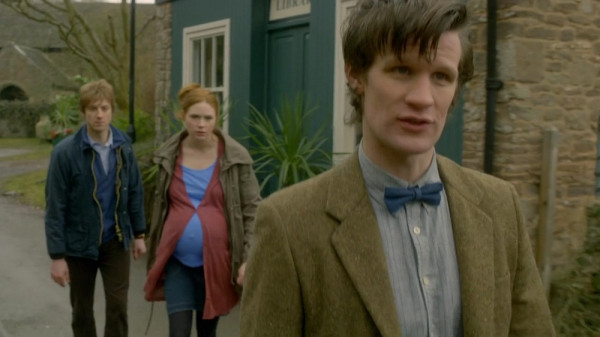 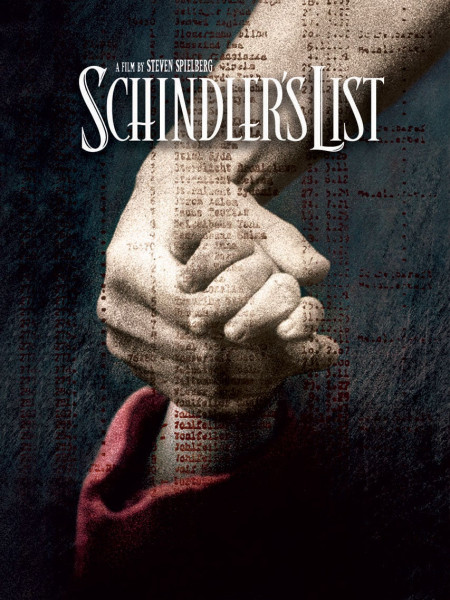 That year's other Best Picture nominees were In the Name of the Father and The Piano, which I have seen, and The Fugitive and The Remains of the Day, which I haven't. Apart from the two just mentioned, I had seen another six films made that year: Jurassic Park, Groundhog Day, Philadelphia, The Three Musketeers, Much Ado About Nothing and Dave. I must say I really like them all, but I do think that the Oscar voters made the right choice. IMDB users rate Schilndler's List top film of 1993 on one system and second to, bizarrely, Dazed and Confused (a film I don't think I had even heard of) on the other. Here's a trailer.
I spotted no actors who had previously been in a Hugo-winning flm, or in Doctor Who, and only one actor who had previously been in an Oscar winning film. It is Ben Kingsley, here the most prominent Jewish character, accountant Yitzhak Stern, and eleven years ago in the lead role in Gandhi. 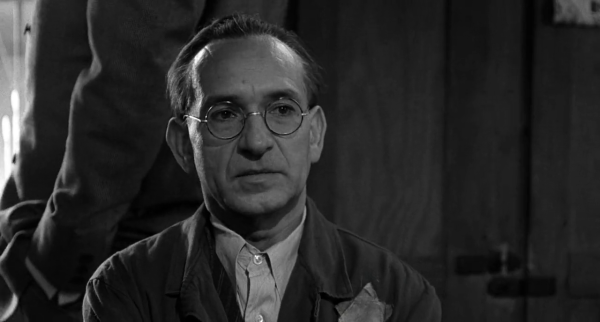 In case you didn't know, it's the story of Oskar Schindler, a German industrialist during the second world war, who rescued over a thousand Jews from extermination at Auschwitz. It is based on a Booker Prize-winning novel. I think it is the only Booker winner to also be an Oscar winner; I count four based on Pulitzer winners (You Can't Take It With You, Gone With The Wind, All the King's Men, and Driving Miss Daisy).

It's also almost entirely in black and white. The last film in black and white to win the Oscar was The Apartment in 1960. Schindler's List is the most expensive black and white film of all time, and also the highest earning. It's a tremendous device to make us feel simultaneously distanced and involved in the action, especially combined with the handheld camera documentary style filming. Life happened in colour in the 1940s, of course, in Eastern Europe as everywhere else. But our historical memory of the period in general is in black and white. The colour Nazis of Spielberg's earlier films Raiders of the Lost Ark and Indiana Jones and the Last Crusade are a bit comical. These Nazis are not, just as the black and white Nazis of Casabalanca are not. And the film's exceptions to the black and white rule are all the more memorable as a result. 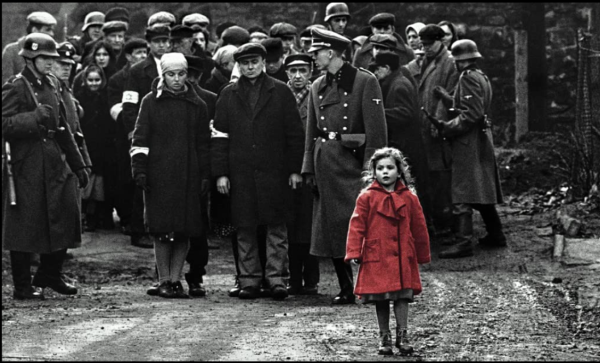 I have to say that it's a rather male film. The women are not as central to the action as the men. I was interested that one vivid incident, when the engineer Diana Reiter is shot dead for offering structural advice, was based on fact. It is also interesting that the real Diana Reiter was 40 when she died, and she is played by 26-year-old Elina Löwensohn. 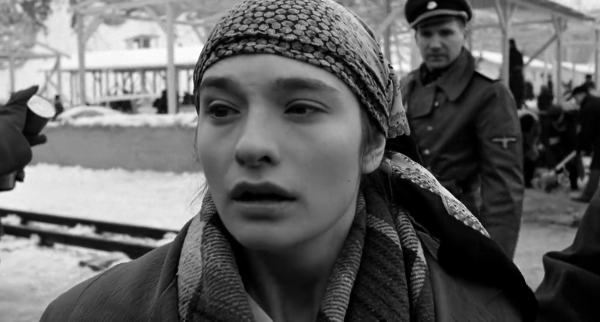 We've had several Oscar-winning films which looked at Jewish identity and anti-semitism in different times and places. (The Life of Emile Zola, Gentleman's Agreement, Ben-Hur, Annie Hall, Chariots of Fire, Driving Miss Daisy; the word "Jew" is not mentioned in Casablanca, but the subtext is very present.) Schindler's List is at its heart the story of Schindler and his antagonist Goeth, and only then of the people he saved, but it is such a long and wide film that we get a much much better exploration of these issues than in any of the others. The story is brought home to us directly at the very end, where the real survivors saved by Schindler, accompanied by the actors we have just seen playing them on film, honour Schindler's grave in Jerusalem. Apart from that caveat, the film is indeed a masterpiece, telling a grim story at length (still leaving out a lot of what's in the book), exploring the ambiguity of Schindler who did things that are normally considered bad (fraud, theft, forgery) to ameliorate something much worse (genocide). The settings are convincing. The music is unforgettable. Here's Itzhak Perlman playing it in concert.
It's also carried by Liam Neeson in the central role. Schindler is complex but I think not ambiguous; he enjoys the pleasures of life, but is also shocked and repelled by what is happening to the people around him, and is in the position where he can make a small difference to some. 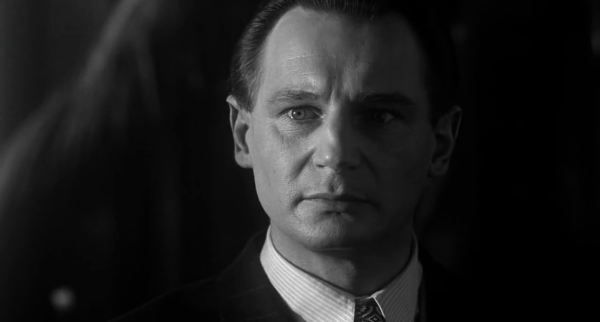 It's difficult to know what else to say. I'm putting it right at the top of my rankings, in fifth place overall, just behind Chariots of Fire, but ahead of Rebecca.

I also went and read the novel by Thomas Keneally, first published as Schindler's Ark and then retitled Schindler's List to capitalise on the film. The second paragraph of the third chapter is:

With some hundreds of other captured Polish officers from Przemyśl, Pfefferberg was on his way to Germany when his train drew into his home city of Cracow and the prisoners were herded into the first-class waiting room, to remain there until new transport could be provided. His home was ten blocks away. To a practical young man, it seemed outrageous that he could not go out into Pawia Street and catch a No. 1 trolley home. The bucolic-looking Wehrmacht guard at the door seemed a provocation.

It's a great book, and the great film that was made from it inevitably cut out some important details. The core of the story is still the same - the sensualist Schindler, who succeeds in saving a few lives, with perhaps more of an emphasis on the people he saved as well as the people he opposed and the women he loved. But the book has time to show us the overall context. There's an interesting cameo in an early chapter from a policeman who complains that the entire railway system is being diverted to transporting Jews, rather than the soldiers who might actually help win the war. It made me wonder briefly if the Germans could have won the war if it had not been accompanied by a policy of genocide. But of course, if there had been no policy of genocide, there would probably have been no war.

There's another interesting moment in the book when Schindler goes to Budapest to brief the Jewish Relief Organization on what was happening to Jews in Poland. This again is based on fact. In these days of instant news, which I guess we've had more or less since the 1960s, we forget just how difficult it was to get information, even about mass murder to which there were hundreds or thousands of witnesses. By 1943, the first reports were already out there - the New Republic broke the story in December 1942, rumours had reached Anne Frank and her family in hiding a few months before that. But Schindler was able to provide a dangerous and direct link between the Zionist relief funds and the surviving Jews in his part of the world. I find this particularly brave. Budapest was not home territory, the Zionists were not people who he knew, in the same way that Poland and the Sudetenland were.

But the most striking difference between book and film is the detail of suffering which the book can describe but the film cannot. Actors in 1992 were able to convincingly portray the terror and trauma of fifty years earlier. They could not portray malnutrition and disease. It's a comprehensive and convincing account of what life was like both inside and outside the camps, when horror and tragedy were everyday occurrences. Really very much worth reading, whether or not you see the film. You can get it here.