9 May 1964: broadcast of "Sentence of Death", the fifth episode of the story we now call The Keys of Marinus. Ian is accused of murder, and the Doctor is his defence lawyer. 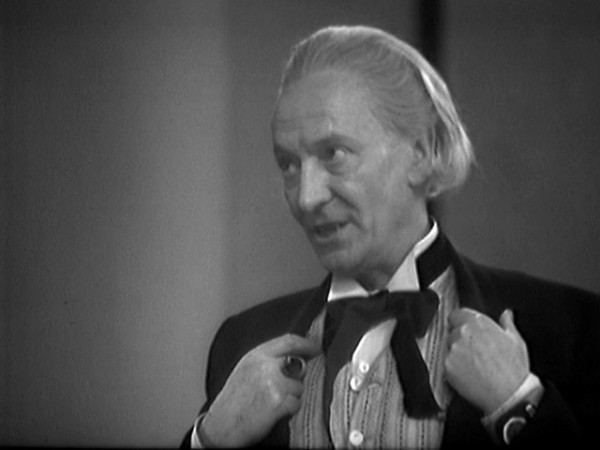 9 May 1970: broadcast of first episode of Inferno. The Doctor is tapping energy from the controversial Inferno project; meanwhile people contaminated by subterranean gas are turning into monsters. 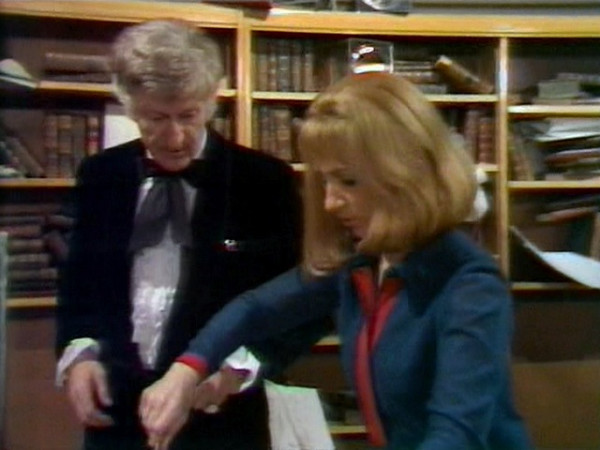 9 May 2003: webcast of second episode of Shada. The Doctor examines the mysterious book from Professor Chronotis' laboratory.

It's funny how two buses can come along at the same time. Steve Aiken, leader of the Ulster Unionist Party, resigned yesterday, following the resignation the previous week of DUP leader Arlene Foster. The UUP has very much lost its way since the days when it could win every Westminster seat in Northern Ireland (1964, since you ask). It came fifth in the 2019 Westminster election, and sixth in that year's European Parliament election. Successive recent leaders have tried to lead from the centre, but been somewhat sabotaged by their own grass roots which remain more conservative and traditional. Doug Beattie, Assembly Member for Upper Bann, is seen as the automatic choice for new party leader. I know him, and Aiken, and Aiken's predecessor Robin Swann who is health minister at present, and Swann's predecessor Mike Nesbitt, and Nesbitt's predecessor Tom Elliott. They are all decent enough chaps. But that's not enough.

There's a very good insider analysis on Slugger O'Toole of the party's current travails. I posted this comment in response:

I won’t join in the general decrying of the UUP as having no coherent message. That has been true for most Northern Irish political parties for most of history. Voters want to know who will represent them most effectively. For most voters that means asking first which party they identify with on a communal (or non-communal) basis, and then looking at competence. Policy coherence is quite a distant third.

The UUP has no chance at present of reaching deep into the so-called liberal unionist vote. Liberal voters, almost by definition, are not deeply invested in the Union, still less so after Brexit. They voted UUP before 2001 in large numbers, because the Nationalist parties wanted to destroy the state, the DUP were far too scary, and Alliance did not look as if they could deliver. The DUP were able to convert a lot of that vote by being visibly more competent than the UUP and less scary than they had been.

It now turns out that you can have Sinn Fein in government without the world coming to an end. At the same time Nationalists continue to bang on about Irish unity, which these voters do not care about unless it can demonstrably improve on the NHS (and so far it can’t). So they are not motivated to vote for Nationalists, but not really to vote against them either. Meanwhile Alliance has shaken off its previous reputation for being small and ineffective by becoming bigger and more effective. A liberal voter will not vote for the UUP when they can vote for the real thing.

There remains a very large chunk of voters who are motivated more by their desire for competent communal representation than anything else. The UUP should concentrate on them. First and foremost, they need to fix the service delivery problems identified by Choyaa. Irish voters, both sides of the border, expect a certain level of service from public representatives. Steve Aiken’s Nolan interview was crucial here; if you cannot explain your own reasoning on the biggest issue of the day, why should you be believed on anything else?

The UUP’s target should be the DUP. That’s where most of their votes went, and that’s where they can be got back from. And the grounds of attack should be not ideological but competence. Look what a good job we’ve done with health. Look what a bad job they have done in their leadership roles. If we want to save the Union, we must demonstrate that Unionists can deliver. Their incompetence is endangering our future. Don’t take the bait of the culture wars; you’re not going to win.

Personally I don’t think that it can be done. But it’s probably worth a try.
Collapse