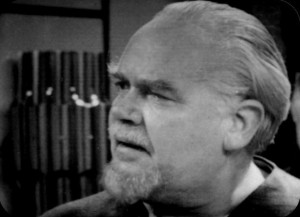 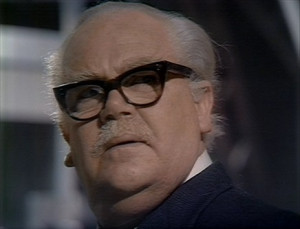 4 May 1959: birth of Anthony Calf, who played the Squire's son Charles in The Visitation (Fifth Doctor, 1982), his first professional acting role, and Colonel Godsacre in Empress of Mars (Twelfth Doctor, 2017). 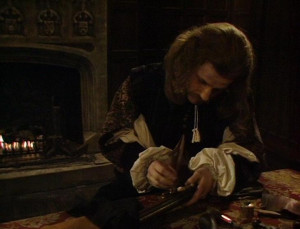 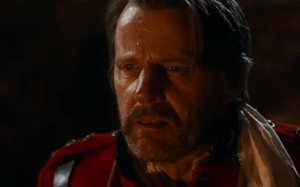 4 May 1968: broadcast of second episode of The Wheel in Space; first appearance of Wendy Padbury as Zoe. The Doctor is incapacitated and Jamie makes a new friend. 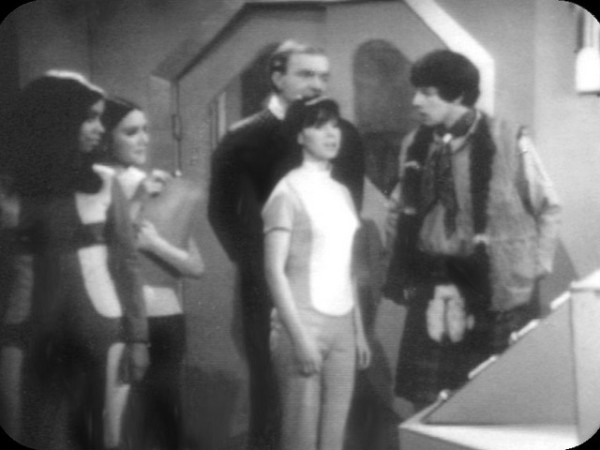 4 May 1974: broadcast of first episode of Planet of the Spiders. The Doctor investigates a clairvoyant; Mike Yates and Sarah Jane investigate a meditation cult under the control of spiders. 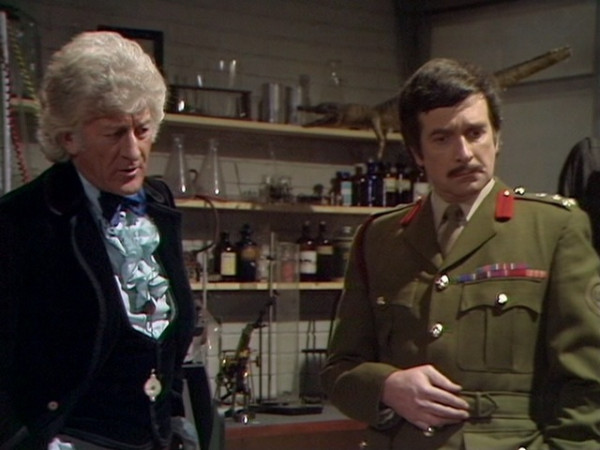 4 May 2013: broadcast of The Crimson Horror. In 1893, Jenny infiltrates Mrs Winifred Gillyflower's community of Sweetville in Yorkshire to find what has happened to the Doctor. 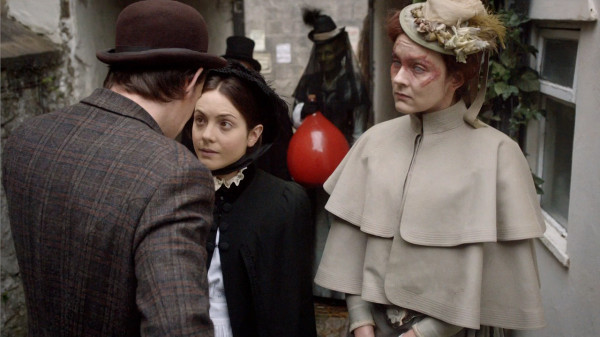 Two very short works by Neil Gaiman, one illustrated by Mark Buckingham, the other inspired by scupltures by Lisa Snellings.

Second frame of third story of Feeders & Eaters & other stories ("An Image to Maintain", in which Buckingham portrays himself on the phone to Gaiman): 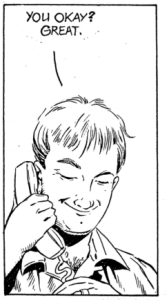 The title story is Gaiman's account of a spooky late-night encounter in a cafe (which has been dramatised); the second is about Alan Moore; and the third is a one-pager by Buckingham. Perhaps a little more refective on the nature of the artist's work than sometimes.

Second paragraph of the third of the Sculpture Stories, "The Sea Change":

inspired by this sculpture, "Aqua Marie". 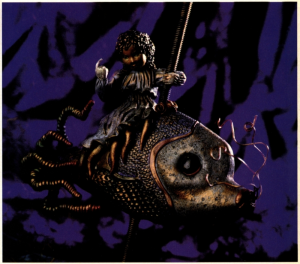 Very very short collection of six fiction pieces (on in verse) and an interview, all inspired by Snellings' work.

Neither of these is available o themarket; I got them as part of a Humble Bundle several years ago.
Collapse