7 March 1964: broadcast of "Five Hundred Eyes", third episode of the story we now call Marco Polo. Ping-Cho tells the story of Ala-eddin; Barbara is trapped in the cave of Five Hundred Eyes. (One of the lovely colour photos from the set.) 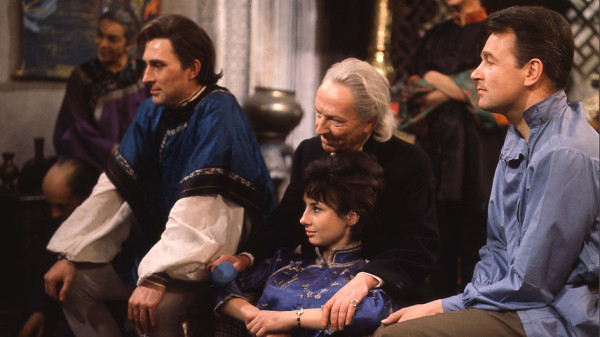 7 March 1970: broadcast of sixth episode of Doctor Who and the Silurians. The Doctor finds a cure for the Silurians' plague, but they capture him. 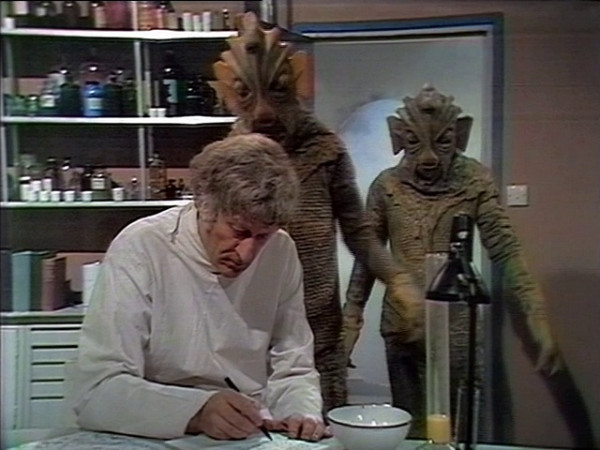 7 March 1981: broadcast of second episode of Logopolis. The Doctor and Adric travel to Logopolis on the instructions of the Watcher, not realising that they have brought Tegan with them and that the Master has followed them. 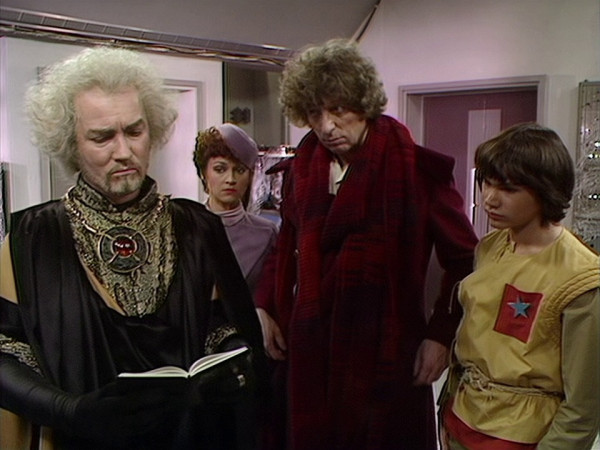 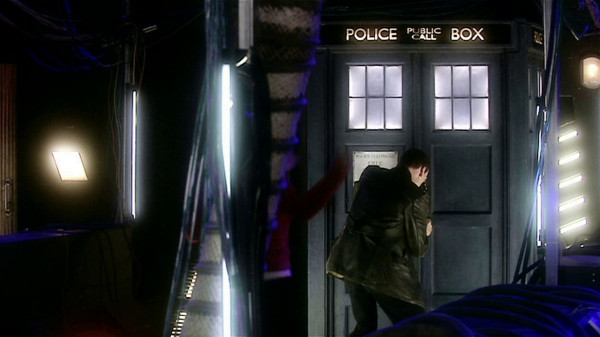 Second frame (more or less) of third story in original and translation - you must read the text from right to left, of course. Both sentences are spoken by Sui's genius father. 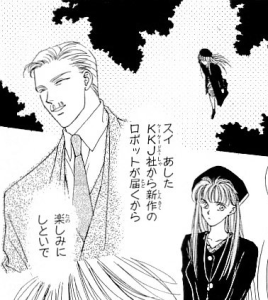 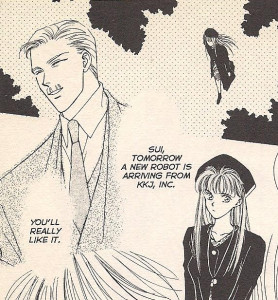 This was one of the works of 20th-century sf set in the year 2021 that I listed a while back, but it took me a while to get hold of the English translation of the first volume. This is manga written for a teenage girls' magazine, which is not a sub-genre that I am at all familiar with; Vermillion the robot is being taught how to be human by his creator's teenage daughter Sui, and Feelings ensue.

I had to get to grips with reading right to left, and with the very fluid approach to frames - the story sometimes flows all over the page; and there's a lot of incidental detail that is hinted at rather than shown or told. But these are five solid enough sf stories with a firmly shared setup; Sui and her father are enmeshed in a society where some have an irrational hatred of robots, some are jealously trying to move in on her father's trade secrets, and Sui herself is trying to be a normal teenager in 2021 with a beautiful boy robot waiting for her at home. (Her mother is not mentioned at any point.)

It did seem to me that Vermillion the robot is a perfect unthreatening boyfriend in that he is good company, helps out with the house work and not a sexual prospect in any way - in the very first story, he calls out a predatory professional contact of Sui's father's; there is genuine physical peril for the characters in most of the stories, which Vermillion is usually able to help them to escape from. I still hate cute anthropomorphic robots as a theme, but this was far enough off my usual beat to keep me interested. I don't think I will bother with any more, though, I don't think that there will be any development of the overall story arc; it's really a case of this month's perilous situation. Still, you can get the first volume here.

I was trying to imagine how a British version of this would have looked, and actually it's not too difficult; scanning the storylines of Bunty over the years shows that a number of them did have robot-based plots. (There were fewer in Mandy, but still more than one.) 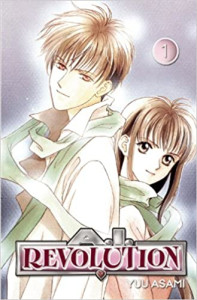