22 February 2011: death of Nicholas Courtney, who played Bret Vyon in The Daleks' Master Plan (First Doctor, 1965) and Colonel, later Brigadier, Alastair Lethbridge-Stewart from The Web Of Fear (Second Doctor, 1968) to Enemy of the Bane (SJA, 2008), the longest-running character on TV apart from the Doctor himself 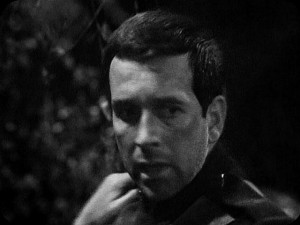 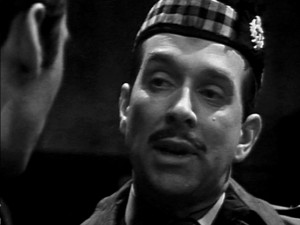 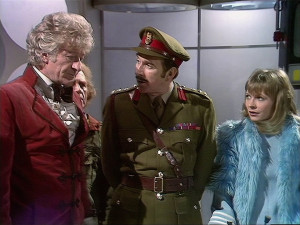 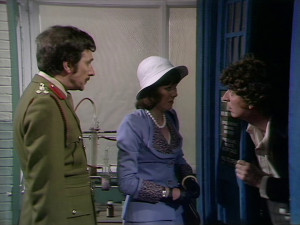 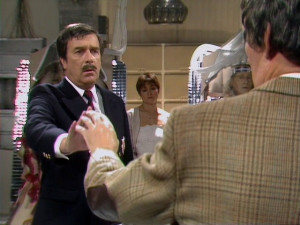 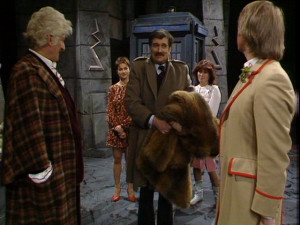 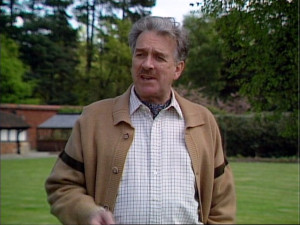 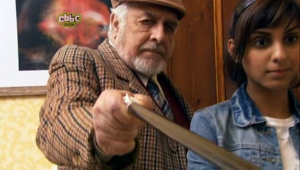 22 February 1964: broadcast of "The Roof of the World", first episode of the story we now call Marco Polo. Trapped in the snow, the time travellers are rescued by Marco Polo, who however impounds the Tardis. 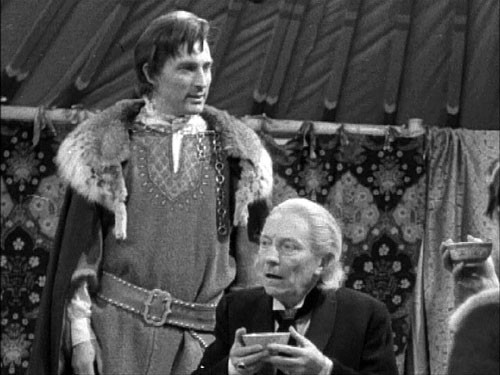 22 February 1969: broadcast of fifth episode of The Seeds of Death. The Doctor and friends get back to Earth and discover that the Ice Warrior' pods are disabled by water. 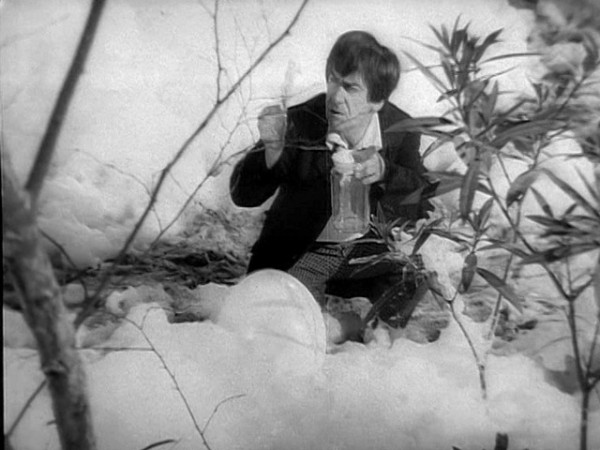 22 February 1975: broadcast of first episode of The Sontaran Experiment The Doctor, Sarah and Harry discover that a bunch of South African astronauts are battling a mysterious alien foe who turns out to be a Sontaran. 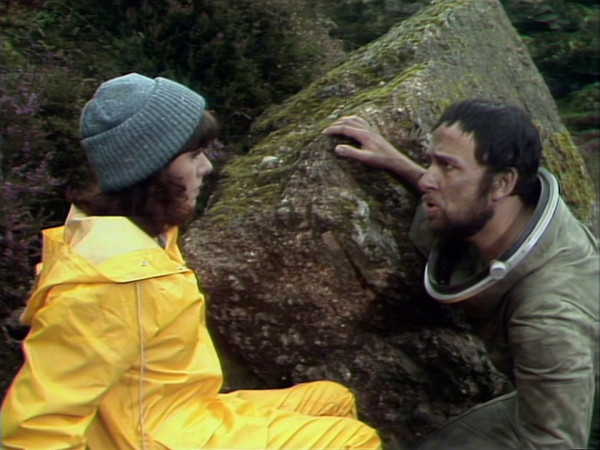 22 February 1982: broadcast of third episode of The Visitation. The Terileptils plan to destroy humanity, and do destroy the sonic screwdriver. 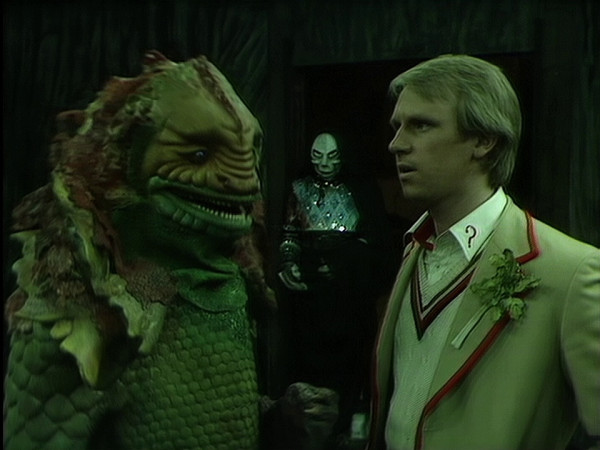 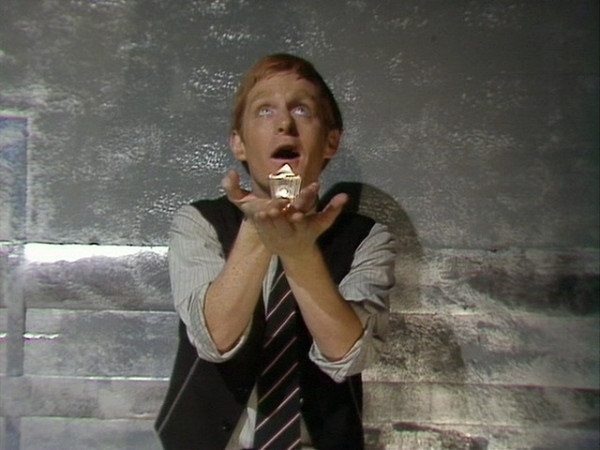 22 February 2002: webcast of second part of "Planet of Blood", the third episode of Death Comes to Time. Horrible slaughter discovered by the Doctor and Antimony in London; meanwhile Ace is undergoing mysterious training and there's a time lord played by Stephen Fry. (I found it all a bit confusing.)

22 February 2010: broadcast of The Fall of the House of Gryffen, seventh episode of the Australian K9 series. Darius, Starkey, and Jorjie spend a spooky evening at Gryffen's mansion. 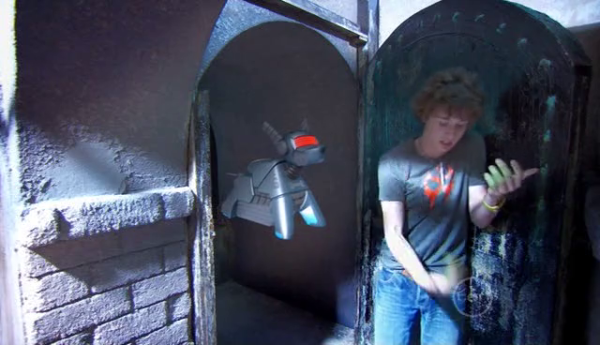 But no. There were no scales or wings at all

The second book of the famous trilogy, in which the evil Steerpike's plans to dominate Gormenghast Castle are resolved in vicious single combat with Titus Groan, the 77th earl. When I first read this, at least a quarter of a century ago, the two scenes that really stuck in my mind were the grotesque deaths of Deadyawn the headmaster, killed in a bizarre incident where his wheelchair intersects with a deadly schoolboy game, and of the twin aunts of Titus and Fuchsia, locked away by Steerpike to die in isolation. I was surprised on rereading by quite how early in the book both events come. For the rest of it, Peake's obsession with disability as a marker for moral iniquity is rather dubious (the 'Thing', an unspeaking girl who represents freedom, is the acme of physical and spiritual perfection, while Barquentine, Deadyawn and indeed Steerpike are mutilated and evil). But it is a gloriously baroque description of life in a very peculiar place, and it gets pretty intense in the final chapters, when the castle is flooded and the Countess and Titus stalk Steerpike through the rising waters.

As with the previous volume, and for the same reasons, a Bechdel technical pass; Fuchsia talks to her nanny again, and the demented twins burble at each other, without men necessarily being mentioned. They are all dead by the end of the book.

Note on the first book, revisited: It's slightly odd that the first volume of the trilogy is actually the one in which Titus figures least, though it bears his name.

This time around, as previously mentioned, we’ve been taking it at a chapter a day (with a break for Christmas, so almost three months; and I finished it a few weeks back). This rather brought home the odd pacing, with nothing much happening in the middle for many (mostly short) chapters. And the improbable physics of the catastrophic flood are more difficult to ignore when you don’t take it all in one go. But the final showdown between Steerpike and Titus is every bit as good as the two earlier bits, and there’s also the dramatic revelation of Steerpike’s responsibility for the death of the twins. However, it would make very little sense to a reader who has not already read the first book. You can get it here. 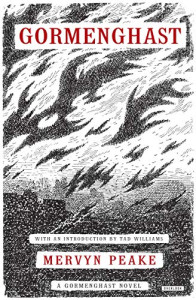