19 February 2020: death of Norman Hartley, who played Ulf in the story we now call The Time Meddler (First Doctor, 1965) and Sergeant Peters in The Invasion (Second Doctor, 1968) 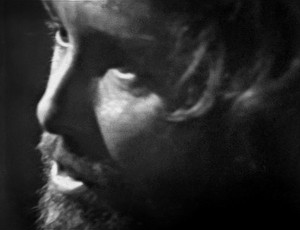 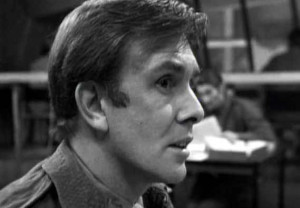 19 February 1966: broadcast of "Priest of Death", third episode of the story we now call The Massacre. Admiral de Coligny is shot and wounded; the Abbot (or is it the Doctor???) is killed. (No surviving pictures that I could find quickly.)

19 February 1972: broadcast of fourth episode of The Curse of Peladon. The Ice Warriors kill Arcturus who was behind it all; Aggedor kills Hepesh; and all ends happily. 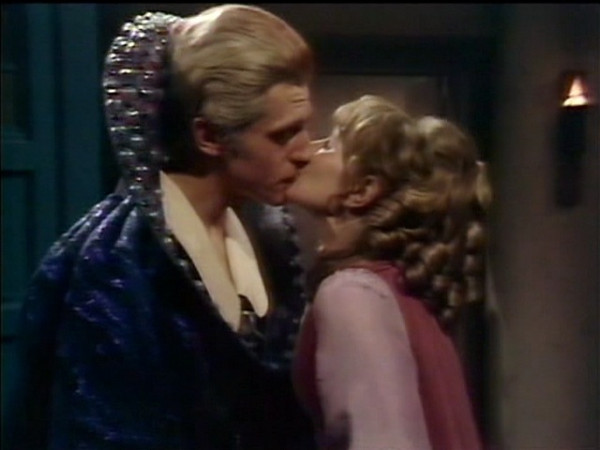 19 February 1977: broadcast of fourth episode of The Robots of Death. The Doctor alters the voice of Dask/Taran Capel with helium, and he is killed by his own robots. 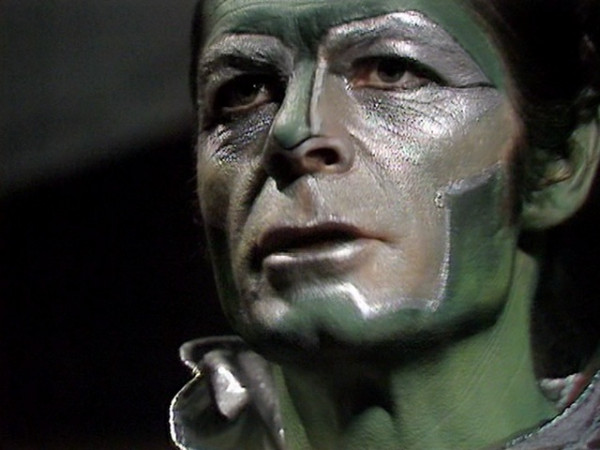 Last books finished
A Buzz in the Meadow, by Dave Goulson
A.I. Revolution vol 1, by Yuu Asami
Bold As Love, by Gwyneth Jones
Who Censored Roger Rabbit? by Gary Wolf
Pūrākau: Māori Myths Retold by Māori Writers, edited by Witi Ihimaera and Whiti Hereaka
A Wizard’s Guide to Defensive Baking, by T. Kingfisher
Who Framed Roger Rabbit, by Martin Noble, based on the screenplay by Jeffrey Price & Peter Seaman

Next books
Goodbye To All That, by Robert Graves
Science Fiction: The Great Years, eds. Carol and Frederik Pohl

Last books finished
A Buzz in the Meadow, by Dave Goulson
A.I. Revolution vol 1, by Yuu Asami
Bold As Love, by Gwyneth Jones
Who Censored Roger Rabbit? by Gary Wolf
Pūrākau: Māori Myths Retold by Māori Writers, edited by Witi Ihimaera and Whiti Hereaka
A Wizard’s Guide to Defensive Baking, by T. Kingfisher
Who Framed Roger Rabbit, by Martin Noble, based on the screenplay by Jeffrey Price & Peter Seaman

Next books
Goodbye To All That, by Robert Graves
Science Fiction: The Great Years, eds. Carol and Frederik Pohl

The sense of belonging and responsibility experienced by the Department of Finance’s new recruit on his arrival in the north block of Government Buildings on Merrion Street as a junior administrative officer on 1 June 1938 was to remain constant throughout his life. ‘It warmed my heart as a new arrival to find that everyone was friendly and accessible, that an officers’ mess atmosphere prevailed … Reaching the administrative grade in Finance, you felt you were on the golden route, at the heart of things.’ By reason of its controlling influence over other departments of state, the Department of Finance was regarded as the premier department, the Mecca for most aspiring career public servants. Divided into three divisions, Finance, Establishment and Supply, by 1938 it was still relatively small, with just some twenty-five officers occupying grades of assistant principal officer or above, all under the leadership of its legendary secretary, J. J. McElligott

I cannot say that I knew Ken Whitaker well, but he and my grandfather were close colleagues and he was an occasional presence at extended family parties in Dublin from my childhood. The last time I spoke to him, I cannot remember when, but he was already very old, he told me that in the late 1930s he had shared an office with my grandfather, who at the time was dating my future grandmother, also a civil servant. “He spoke to her on the phone in German so that I wouldn’t understand - but he didn’t realise that I spoke German too!”

They must have joined the civil service at about the same time; Whitaker, seven years younger, joined straight from high school at 18 with the highest entrance exam score in the country, while my grandfather had studied at UCD, emerging with a master's degree in physics. Whitaker's career progressed much faster - he had reached the very top of the Department before he turned 40, while my grandfather ended his career as the Department's Assistant Secretary (deputy head). If there was any resentment, I never picked up on it; my grandfather died in 1977, only a couple of years after he retired, and as I said Whitaker remained an occasional but vaguely familiar presence in my own life.

The other day, the Irish Times ran a picture of the two of them together, along with the then Minister of Finance, George Colley, launching Ireland's newly decimalised currency in February 1971, fifty years ago; my grandfather, in the middle, who had run the committee overseeing the process, looks rather ill at ease, peering anxiously at the new coins, while Whitaker, on the left, then Governor of the Central Bank, looks calm and in charge. 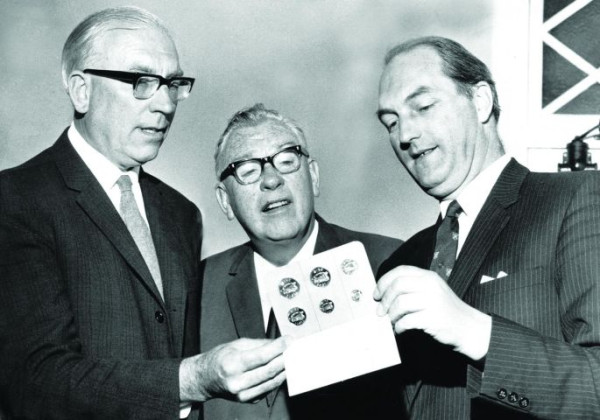 Anne Chambers, the author of this book, knew Whitaker well; I’ve read a couple of her other biographies, of Eleanor, Countess of Desmond and the pirate queen Granuaile, who both lived in the sixteenth century. This is much better than the other two, based on primary documentation and conversations with the subject and others who knew him. (My grandfather is not mentioned, though my father is namechecked im an appendix.)

A study of any senior official in the new Irish government as it underwent the generational shift in the decades after independence would be interesting enough. But of course Whitaker was much more important to Irish history than as a mere senior administrator. Three years into his tenure at the top of the Department of Finance, the government published what in the UK would be called a White Paper, with Whitaker's name on it, with the title "Economic Development", making a powerful case for the Irish state to raise its game in terms of public spending and fiscal planning, and encouraging foreign investment. The adoption of the plan gave Ireland a much needed boost, not just of wealth but of confidence, after almost four decades of what we would now call austerity. For once, Ireland was doing economics, rather than having economics done to it.

Chambers is very good on the detail of how Whitaker's career progressed, and how he managed to acquire the necessary political capital to successfully get major policy initiatives through a very conservative system. It's no big mystery; he just happened to possess a powerful combination of colossal intelligence combined with immense personal charm and modesty. (These are not of course assets that everyone has, even senior civil servants.) The book is disappointing though on Whitaker's intellectual journey. As a recruit direct from high school, he had had no third-level education when he became a civil servant and invested much time in distant learning through the University of London. It would have been really interesting to know what Whitaker actually learned, and to trace the roots of his economic theory, especially since it turned out to be so successful in practice.

The personal glimpses are very interesting. Whitaker was born in Rostrevor, where my father's family also lived in the 1940s, though the Whitakers had moved to Drogheda in the 1920s. His Northern links remained very strong, and he personally brokered the first Lemass / O'Neill meeting in 1965. He continued to send sensible advice on Northern Ireland to successive Irish governments until the end of the century. I cannot think of another person operating at that level of politics in the Republic who genuinely took the same level of interest in Northern Ireland over a period of decades. I cannot think of any equivalent level of long-term engagement with and commitment to Northern Ireland from any senior English, Scottish or Welsh political figure at all.

His stellar career of public service was blighted by private grief; he outlived two of his six children, a daughter-in-law, a grandchild and both of his wives. I remember talking to him (well, he was talking with a group that included me) in 1993 while his first wife was in a coma and he was spending most of his waking hours at her bedside. "You have to remember to be very respectful about her in what you say; apparently hearing is the last thing to go." I was impressed by how he was able to talk about what must have been the biggest blow of his life. (In fact, she recovered and lived a few more years; he married a much younger woman ten years later, but unfortunately was then widowed a second time.)

I can't say that this book would have huge interest outside Ireland, but it's very interesting for anyone wanting to understand the trajectory of the Irish state in the third quarter of the twentieth century. You can get it here.

This was the non-fiction book that had lingered longest unread on my shelves. Next on that list is Romeinse sporen: het relaas van de Romeinen in de Benelux met 309 vindplaatsen om te bezoeken, by Herman Clerinx, a guide to Roman remains in Belgium. 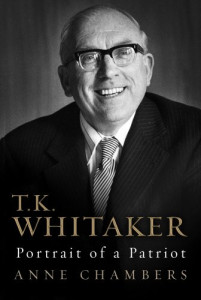