7 February 2014: death of Christopher Barry, who directed nine and a half stories from the first four Doctors between 1963 and 1980.

7 February 1970: broadcast of second episode of Doctor Who and the Silurians. A mysterious creature escapes the caves, kills a local farmer and terrorizes Liz. 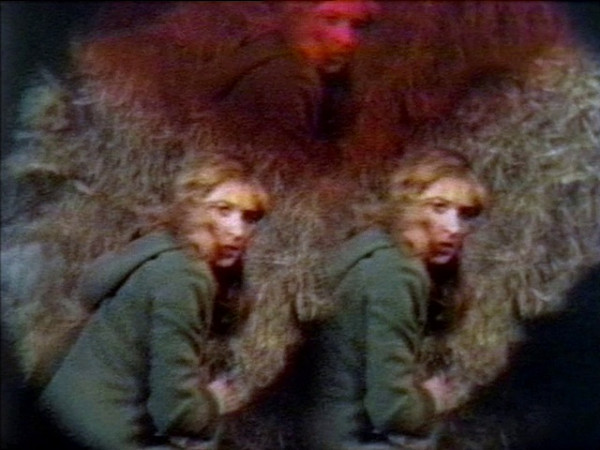 7 February 1976: broadcast of second episode of The Seeds of Doom. Chase's men attack the base, but the Doctor manages to destroy the Krynoid by exploding the generator hut. 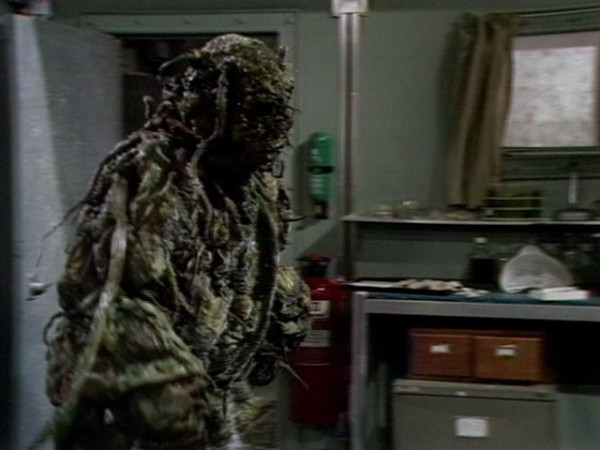 7 February 1981: broadcast of second episode of The Keeper of Traken. Kassia is under the influence of the Melkur; she orders the arrest of the Doctor, Adric and Tremas. 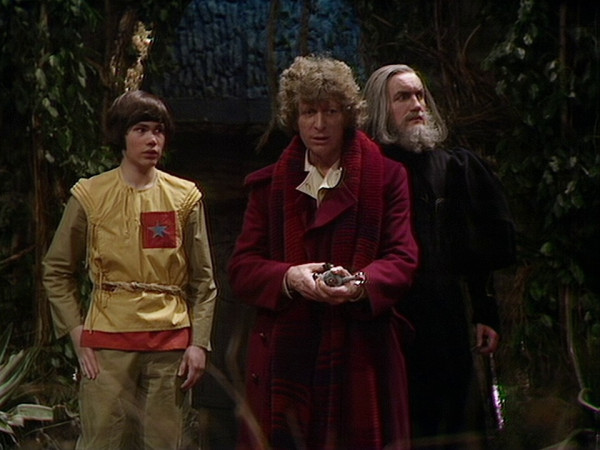 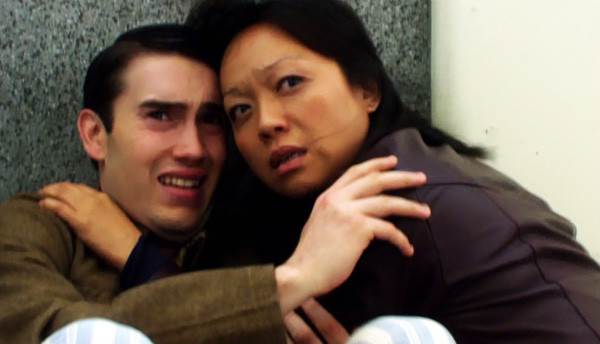 7 February 1987: Kathy Costello Wainright (née Nightingale) writes a letter to her friend Sally Sparrow, requesting her grandson to deliver it (along with a package of photographs) in 2007, as seen in Blink (2007). 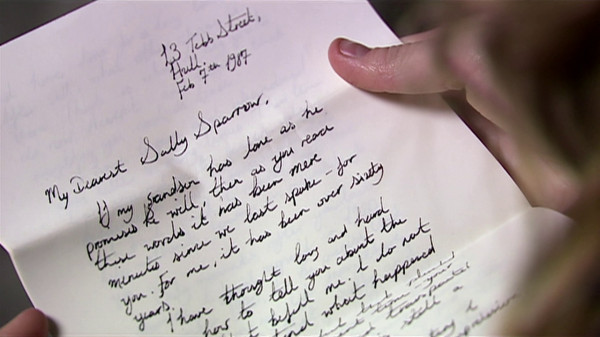 I have been mulling the question of who votes in referendums in Northern Ireland, but not in elections. There isn't a lot of historical evidence out there, but there is some. Here it is

First, and more briefly, let's look at the 8 March 1973 referendum generally referred to as the Border Poll. Voters were given a choice between two questions:

In terms of the ratio of votes in favour of the Union to votes for a United Ireland, it's about the same as the margin for independence in the South Sudan referendum of 2011. (See recent analysis here.)

The numbers don't tell the full story, of course. The SDLP, the old Nationalist Party and Republican Labour all called on their supporters to boycott the Border Poll. The Alliance Party and Northern Ireland Labour Party campaigned for their supporters to vote for Union. Even so, the total poll of 604,256 is significantly more than the numbers who voted in both later elections for parties who supported the Union in the Border Poll.

(NB that I have not broken out 48,497 votes cast for independent candidates in the local elections in the third and fourth columns, so allowing for the fact that some of them would have been pro-boycott, probably the two deficits end up much closer to each other.)

So, it seems fairly clear that 50-60,000 votes were cast in the Border Poll by people who either 1) did not vote at all in the May and June elections and 2) people who voted for the pro-boycott, pro-United Ireland parties in the May and June elections but voted in the Border Poll despite their favoured parties' instructions. Both interpretations were offered at the time, with Nationalist-leaning media suggesting that only 1% of Catholic voters had voted in towns in the West of Northern Ireland, and Unionist leader Brian Faulkner claiming that a quarter of Catholic voters had come out to vote for the Union. 12,396 votes in the Border Poll were either cast for a United Ireland or ruled invalid, so at least 75%-80% of the extra 50-60,000 voters voted in favour of the Union in March and then either voted for Nationalists or did not vote at all in May and June.

I think we can reject the possibility that electoral fraud or intimidation made a strong contribution to the difference. It seems unlikely that any organiser of electoral fraud would bother to put 50-60,000 votes' worth of extra effort into a referendum with a foregone conclusion, compared to the subsequent elections whose outcomes were much less certain. There was certainly intimidation in general, with bombs on the day in Nationalist areas, a British soldier shot dead while guarding a polling station on the Lower Falls, and the Old Bailey bomb in London which also caused one death. These events however would surely have depressed rather than boosted turnout on polling day, making the difference even more striking.

There is no other official evidence, as votes were counted at a single central centre and we therefore have no geographical breakdown of the vote. There is however one interesting set of data from Fortnight magazine, which published an opinion poll on May 21st, a week before the local elections and ten weeks after the Border Poll. 66% of Fortnight's respondents claimed to have voted in the Border Poll, compared to 58.7% of the electorate in real life; it's likely that Fortnight's respondents were unrepresentative of the politically apathetic. 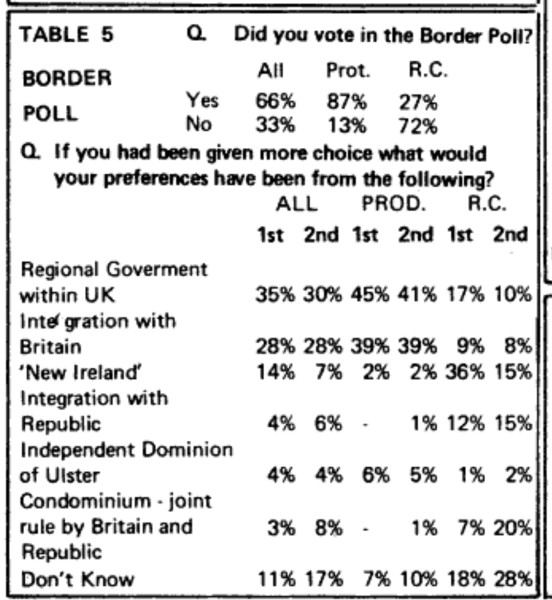 The Fortnight poll also asked about voting intentions for the Assembly elecion, which is another useful indicator of its accuracy:

Compared to the actual June 1973 results, it's clear that Alliance Party support was over-represented in Fortnight's sample by around 10% across the board (except in North Down), and the NILP were also over-represented if not by as much; SDLP voters seem to have been to find. The percentage of Catholics who told Fortnight that they would vote Alliance is exactly the same as the percentage who said they had voted in the Border Poll (27%).

Anyway, the conclusion is that in a low-stakes vote whose result was a foregone conclusion, around 40-50,000 voters (and possibly a lot more) voted for the Union and then three months later did not vote for pro-Union parties (very broadly defined) in the Assembly election. Some of them will have been SDLP and other Nationalist voters, who supported their communal representatives but also approved of the status quo sufficiently to vote for it.

My gut suspicion is that the largest factor would have been voters who were pro-Union but not pro-Unionist, including many Catholics; they were possibly inclined more towards Alliance than any of the other parties, but not inclined enough to actually vote for them. It's a bit less than the difference between the 19% support for Alliance in the Fortnight poll and 9.2% in the actual election (Alliance got 66,541 in June, but 19% would have been an extra 70,000).

Second, let's look at the 22 May 1998 referendum on the Good Friday Agreement, especially in comparison with the Assembly election a month later.

The turnout, at over 83%, was massive, the highest for any Northern Ireland vote since 1921.  (The number of invalid votes, by the way, is exceptionally low for any election anywhere. I think the only Northern Ireland election with a similar number invalid votes was the 1998 Forum election, where there were slightly more, 1908, on a lower overall turnout of 754,296.)

We do in fact have the turnout by constituency for the 1998 referendum, and it is instructive to compare the result with the 1996 Forum, 1997 Westminster and 1998 Assembly elections. I'm ranking the seats by the absolute difference between Referendum and Assembly turnouts.


It's pretty striking. Never mind the 50-60,000 missing voters of 1973; here are almost 130,000 who came out to vote on the Good Friday Agreement and then stayed at home a month later; and the consistency between the Assembly turnout with the 1996 and 1997 figures suggests that these were people who did not vote in those earlier years either.

One can slice and dice these figures in a lot of ways to try and get a sense of who the missing 130,000 are. Running statistical correlations with the results for political parties, and combinations of political parties, in the Assembly election gives some pointers.

First of all, there is a very strong negative correlation, -0.89, with the Sinn Fein vote in each constituency; in other words, the less the local support for Sinn Fein, the more the number of voters who turned out for the referendum but not the election. There's a slightly weaker correlation, -0.86, with the Nationalist vote as a whole (including the SDLP and with or without a few anti-Agreement independents). It suggests that Nationalists in general and SF in particular turned their supporters out equally well for both referendum and election, possibly even a little better for the election.

So this suggests that the missing 130,000 voters were people who were not from a Nationalist background, some more Unionist and some very much less so, who mostly supported the Good Friday Agreement in general but no party in particular, though if they leant in any direction it would be more Alliance than anything else.

In both the 1973 and 1998 cases, a large number of voters participated in the referendum - mostly voting for the Union in 1973 and largely voting for the Good Friday Agreement in 1998 - but not in the immediately subsequent elections; and in both cases, as far as we can tell (which admittedly is not very far), they are voters who definitely do not culturally or politically identify as Nationalists, though they may be from a Catholic background, and to a lesser extent do not identify with Unionism either. But they will turn out to vote for a constitutional option that offers stability; in 1973, people were voting not for Stormont but for a continued link with the UK; in 1998 they were voting for peace, if at a price, rather than conflict.

Those two referenda were held 25 years apart, and it is now 23 years since the more recent one. The voters who turned out for the referendum but missed the elections were not decisive to the referendum result in either case - the margin in 1973 was a lot more than the 50-60,000 we are talking about here, the 1998 margin also rather bigger than 130,000. But things have changed, and we are now looking at a situation where the result of a future Border Poll looks a lot closer. Turnout in recent elections has hovered in the low 60's rather than the 70%-ish of fifty years ago, or even the high 60's of the 1990s. This suggests to me that the hidden voters who will participate in a new Border Poll but not in an election are more numerous and more important.

As to what motivates them? Philip Smith has done some initial research that chimes with my own instincts. But there's a lot more to do.
Collapse