17 January 1970: broadcast of third episode of Spearhead from Space. Meg Seeley brings the swarm leader to the Doctor, Liz and the Brigadier; meanwhile General Scobie is confronted by his own double. 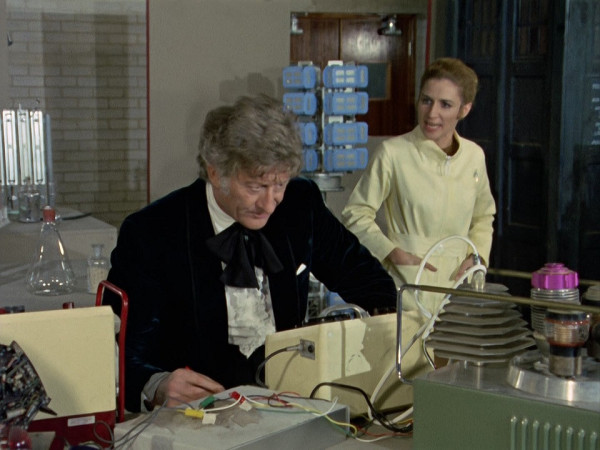 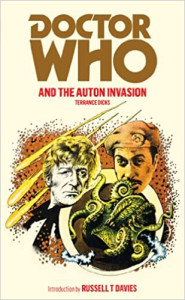 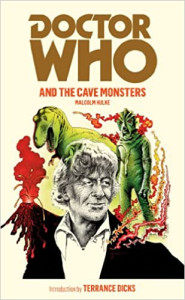 17 January 1976: broadcast of third episode of The Brain of Morbius. The Doctor restores the Sisters' flame, and Solon forces Sarah to help him operate on Morbius. 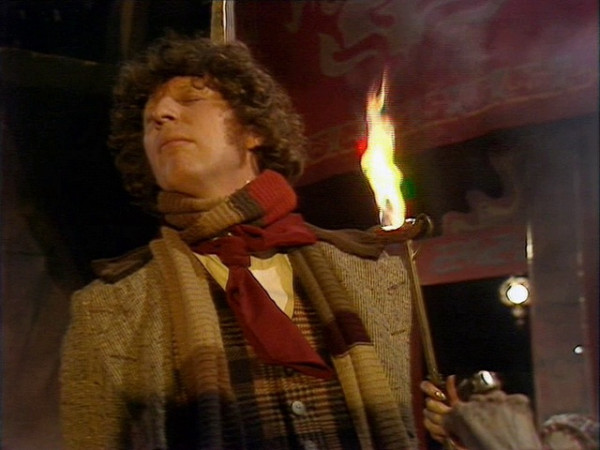 17 January 1981: broadcast of third episode of Warriors' Gate. Romana is rescued by the Tharils and brought to join the Doctor at a feast on the other side of the Gate. K9's condition continues to deteriorate. 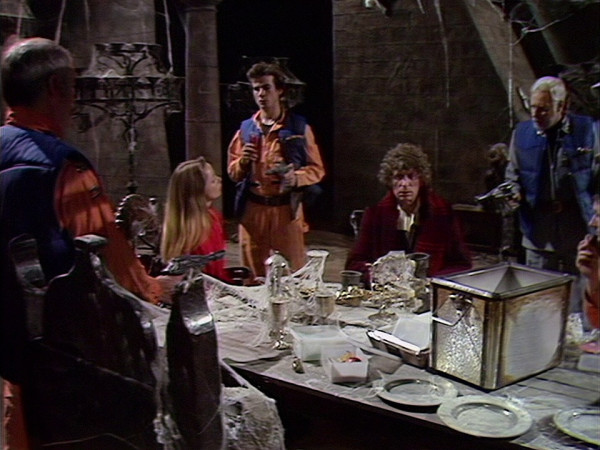 17 January 2012: broadcast of second part of K9's Question Time, which as noted yesterday is one of the three episodes here:

This year's Worldcon, DisCon III, to be held in Washington DC, has had a difficult few days, with a number of people leaving the team.

I have been appointed the new Division Head of the WSFS Division, which is the part of the Worldcon that admininsters the Hugo Awards, the Business Meeting which reviews the rules, and the Site Selection process for the 2023 Worldcon (currently contested between Chengdu, China and Memphis, Tennessee) - the three obligatory things that every Worldcon must do.

I was previously the Administrator of the Hugo Awards in 2017 and 2019, and one of the deputy administrators last year; and also Division Head for Promotions at the London Worldcon in 2014. I had not anticipated having any executive role this year, but life does not always work out as we expect.

The Hugos have had some reputational issues to deal with. Having fought off direct assault by ill-wishers in 2015 and 2016, some pretty significant mistakes were made more recently. Many of those were outside the immediate responsibility of the Hugo Administrators, including most notably the awful botching of last year's Hugo ceremony and the Hugo Losers Party in 2019, and the hostile response from some in the community to the winners of the award for Best Related Work in both of those years (cases where I very much stand by the eligibility decisions that were made by teams that I was a part of).

I have made mistakes as well, and I hope that I have learned from them. In particular, it's clear, not least from the problems that arose in the last few days, that the Hugos as a whole need to be less siloed and need to improve communication in both directions with the rest of the Worldcon and with the wider stakeholder community (as my work colleagues would put it). DisCon III had already started putting structures in place that would improve this side of things, and I look forward to working with those and building on them.

The 2021 WSFS team structure currently has a lot of gaps, including the Site Selection Administrator and many of the supporting roles in Hugo Administration and the Business Meeting. Worldcon and the Hugos are entirely run by volunteers, and cannot survive without active support from fans. I do have some people in mind already, but nothing is set in stone and I would welcome (private) expressions of interest, to go please to wsfs at discon3 dot org rather than any of my other addresses.

And I cannot make any comment on what the physical arrangements for this year's Worldcon will actualy be, given the global situation. But it will happen, and there will be Hugo Awards, and I am glad to play my part.

The BSFA Long List is out. Here are the 56 (!) Best Novel nominees, ranked by the product of their number of owners on Goodreads and LibraryThing.


This is of limited predictive value, but does give a sense of how far these books have penetrated the wider market.

Three books are in the upper quartile of all four metrics - Piranesi, Network Effect and The Empire of Gold. Striking how poorly The Silence seems to have landed with readers.