2 January 1948: birth of Deborah Watling , who played the Second Doctor's companion Victoria Waterfield in 1967-8 (and also returned for the unofficial spinoff Downtime in 1998) 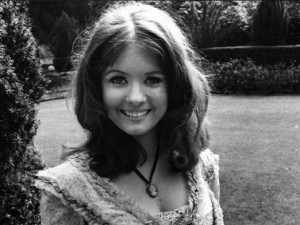 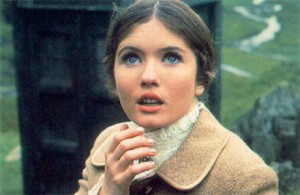 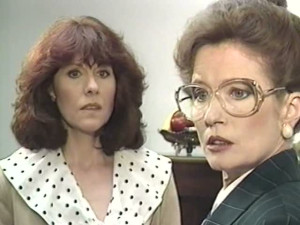 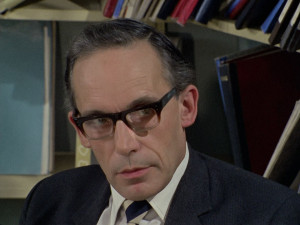 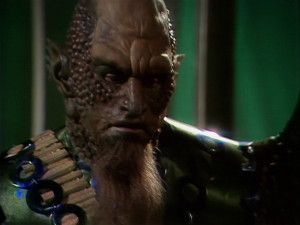 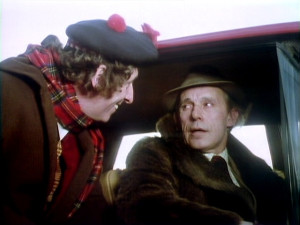 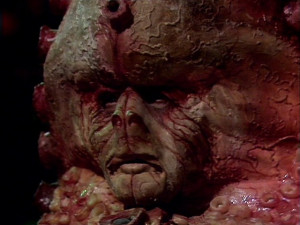 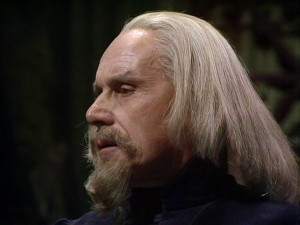 2 January 1965: broadcast of "The Powerful Enemy", first episode of the story we now call The Rescue, introducing Maureen O'Brien as new companion Vicki. The Tardis, now without Susan, lands on the planet Dido where the two survivors of a crashed space ship are terrorised by the mysterious Koquillion. 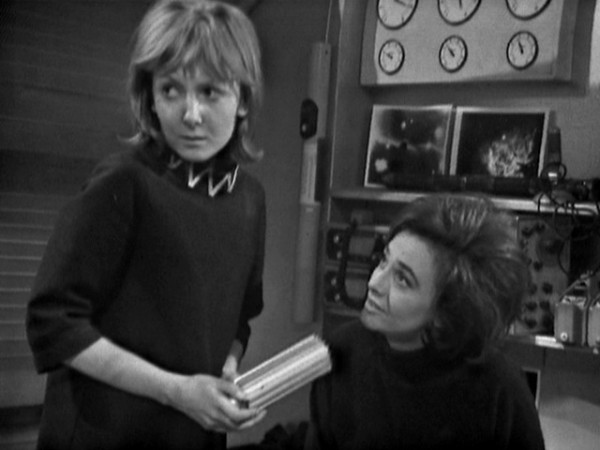 2 January 1971: broadcast of first episode of Terror of the Autons, starting Season 8 of Old Who and introducing Katy Manning as Jo Grant, Richard Franklin as Captain Mike Yates, and Roger Delgado as the Master. The Master takes over a circus, a radio telescope and a plastics factory. 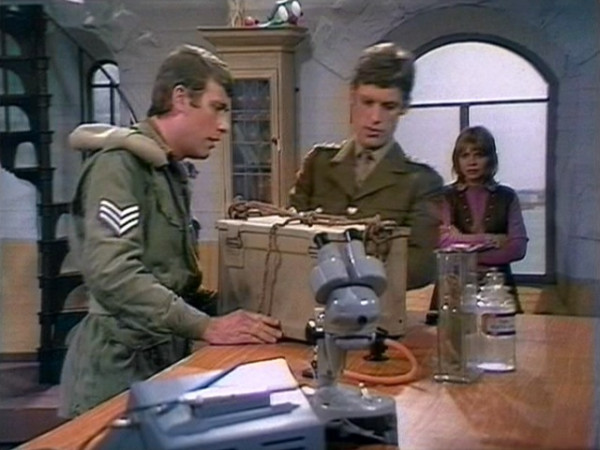 Back to the Future won the 1986 Hugo for Best Dramatic Presentaton. Second place went to Ladyhawke, third to Cocoon, fourth to Brazil (the only other one I’ve seen) and fifth to Enemy Mine. Brazil is rather a cinematic triumph, but I'd have voted for Back to the Future for making me feel good. That was the year that Ender's Game won both Hugo and Nebula for Best Novel. IMDB users rate Back to the Future top film of 1985 on one ranking and second on the other. That year's Oscar winner, Out of Africa, is pretty far behind. (Back to the Future won an Oscar for Best Sound Effect Editing.) 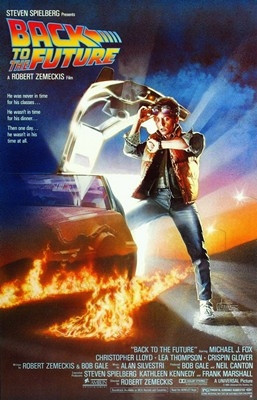 Two returnees from previous fims I've watched in this sequence. Christopher Lloyd, Doc here, was mental hospital patient Taber in One Flew Over the Cuckoo's Nest ten years ago. 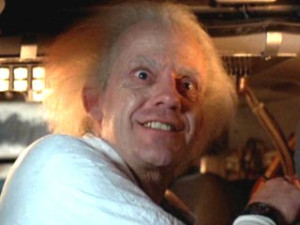 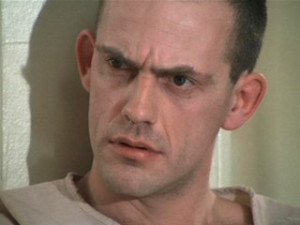 And Marc McClure, Marty’s brother Dave here, was Jimmy Olsen in Superman (and the sequels). 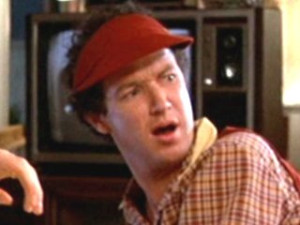 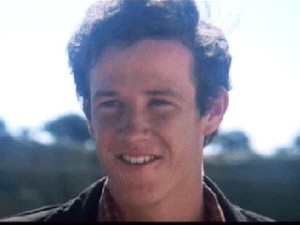 The film is a Bechdel fail - on the two occasions that Lorraine is talking to other women characters, it's about Marty. It does a bit better on race (a lot better than the average award-winning film), in that Donald Fullilove's Goldie Wilson is shown running for re-election as Mayor, though it's a little tin-eared that the white hero takes the place of the black man who has been injured rescuing him, and then helps to give Chuck Berry his sound (yeah, it's a time paradox, but even so it removes agency from Berry). 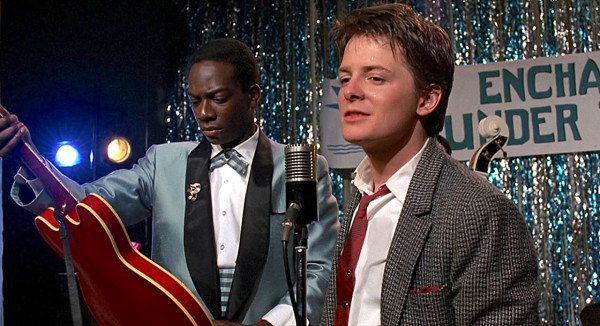 I just have to say something about the DeLorean. The factory where the cars were built was less than two miles from the house where I grew up in Belfast. For several years the British government desperately pumped taxpayers' money into the firm in order to bring peace by building cars that nobody actually bought. I have teenage memories of going past the factory in the train, noting the gleaming vehicles in the yard which always seemed to increase in number. Occasionally - very occasionally - we would see transporters loaded with the finished article going past our front door on their way to the docks. By the time Back to the Future came out, the DeLorean drama had ended badly, but it's a little heart-warming that these strange memorials to buying off the local warring factions have left a positive cultural legacy. However, this is a brilliant film in general. Incredibly, I had not seen it before, and nor had young F; we were captivated from start to finish. I'm putting it at the top of my list, in fourth place after 2001 but before Blade Runner. The central plot of Marty facing personal extinction if he cannot get his parents together in 1955 is a complete sf cliche, but it is very well executed. In particular Crispin Glover and Lea Thompson are totally convincing in playing three different versions of the same two characters, in the past and in both versions of the present. 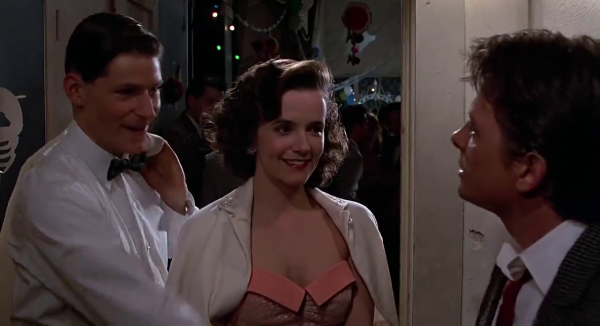 And the script is a delight as well as being beautifully delivered. The Ronald Reagan line is completely hilarious. Apparently when Reagan himself watched the film, he had the projection stopped and rewound so that he could enjoy the scene again.
Well, that was a promising start to my year's write-ups of films (though admittedly we watched it last weekend when it was still 2020). The next year's Hugo winner was Aliens, but first I will watch Out of Africa.

Gideon stood beside his father. The sun made a fuss of setting, bleeding red and orange into the sea. Gideon could smell salt. The vastness of the ocean was still new to him.

Towards the end of the year I'd been working through some of the short fiction submitted as part of the editors' section of the 2020 Hugo voter packet, but this is the first one that left enough of an impression to write up. It's a novella edited by Ellen Datlow (who was last to qualify for the final ballot for Hugo for Best Editor, Short Form, but went on to win the award by a pretty convincing margin). The author is a doctor from Cheshire, who doesn't seem to have written any novels as yet, but is getting well known in the horror community. Ormeshadow won Best Novella in the 2019 Shirley Jackson Awards (not a list I have been following, but maybe I should start paying more attention).

I thought it was really good. It's set at some point in the past (people travel by coach). The author says that "Despite the fantasy elements it’s about rural poverty, sibling rivalry, thwarted ambition, and abuse." The viewpoint character is a teenage boy whose family is forced to move back to his father's ancestral farm in Cheshire; there are murky local legends about the legacy of the Orme (dragon), but vicious present-day family dynamics as well. Intensely and convincingly done, and recommended. You can get it here.

This was my top unread book by a non-white author. Next is Into The Ashes, by Lee Murray. 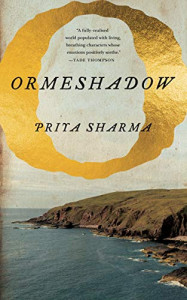