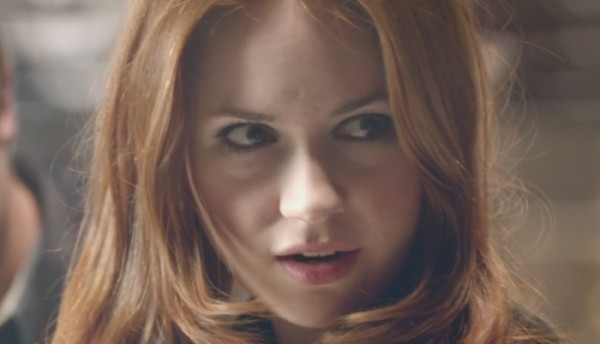 28 November 1964: broadcast of "The Daleks", second episode of the story we now call The Dalek Invasion of Earth. On the flying saucer, the Doctor passes the Daleks' intelligence test and is made ready for robotisation. 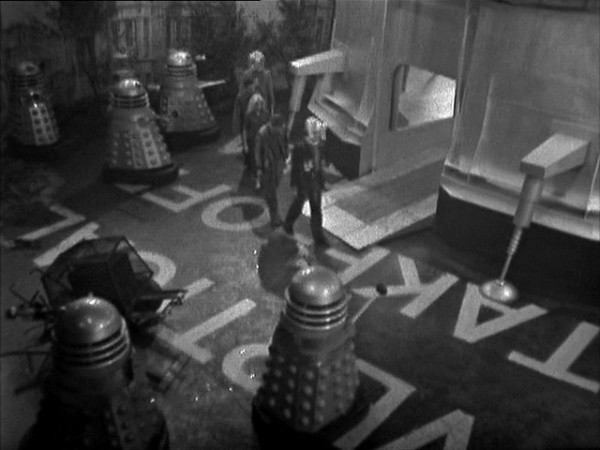 28 November 2015: broadcast of Heaven Sent. The Doctor is trapped in a mysterious castle. Over and over. For billions of years. 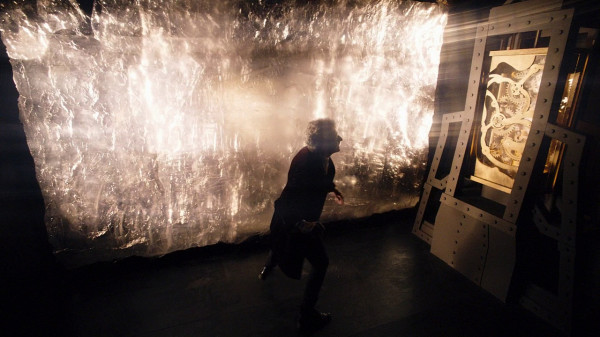 Return of the Jedi won the Hugo for Best Dramatic Presentation in 1984. The other finalists were, in order of finishing, The Right Stuff, WarGames, Brainstorm and Something Wicked This Way Comes. All were cinematic productions. I haven't seen any of the others

(NB that The Right Stuff has no speculative fiction content, even though it is about astronauts and spacehips.) 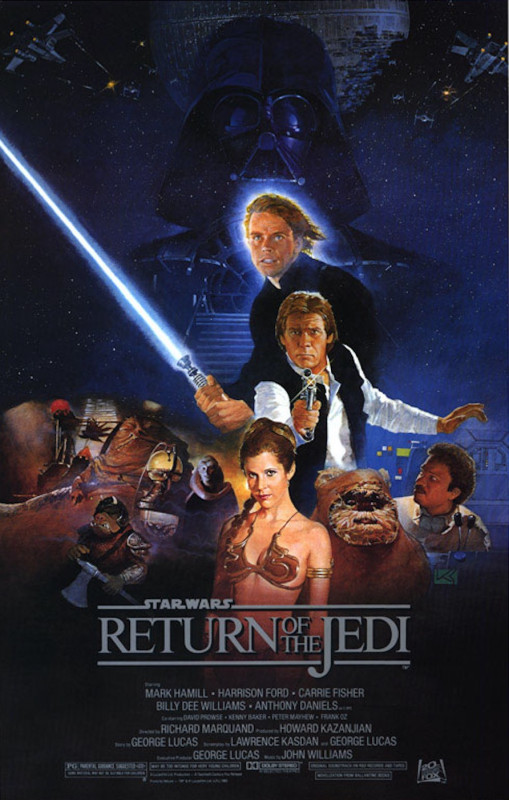 All the old gang are back, so I'm not going to run through the usuals, except to note that this is the fourth consecutive Hugo-winning film to star Harrison Ford (after The Empire Strikes Back, Raiders of the Lost Ark and Blade Runner). I will not two somewhat obscure Doctor Who crossovers.

Warwick Davis, who was only 11 at the time of filming and was given the part after Kenny "R2D2" Baker got food poisoning, plays Wicket the Ewok; you can't see his face but he already has his characteristic posture. He has of course gone on to greater things including Porridge in the Neil Gaiman-scripted Doctor Who episode Nightmare in Silver (Eleventh Doctor, 2013). 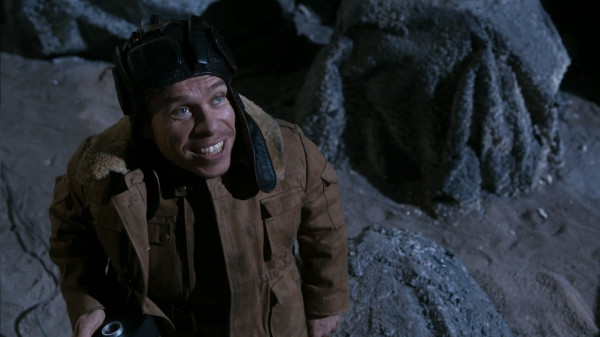 Much more obscurely, Claire Davenport plays the Fat Dancer in an early scene here, and also played the Empress in the lost Doctor Who story Marco Polo (First Doctor, 1964). I am not sure if any pictures of her in that role survive; if she's the woman in the picture below, she's very heavily made up. 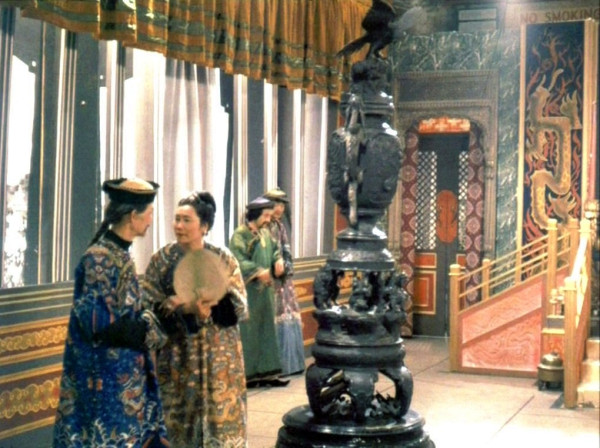 Well, we actually have a second named woman character here, Mon Mothra who appears out of nowhere in a single scene.

Billy Dee Williams returns as Lando Calrissian, reinvented as a rebel general despite his shifting loyalties (and poor leadership skills) demonstrated in The Empire Strikes Back.

So it's making a token effort towards diversity, with the emphasis on the token.

In two and a quarter hours, not a lot actually happens in this film. The first third or so is very fast-paced, but the momentum is lost towards the end, particularly when the Ewoks appear to be waiting anxiously for something to happen. I have to say that I also find the central moral dilemmas of both Luke and Darth Vader unconvincing. We never have the slightest hint that Luke is flawed enough to be seriously tempted by the Dark Side of the Force; and on the other side, Anakin's deathbed conversion seems abrupt and out of character from what we have seen before.

But but but. When the action is happening, especially in the first half, it's breathtaking. So many fight scenes and just so much brilliant cinematography. The animations are very good as well, perhaps a little bit more obviously related to the Muppet Show than in the previous film, but that's not such a bad thing. And the decision to cast actual people as the Ewoks was inspired (even if not quite as interesting as the film seems to think).

I'm also going to call out one truly lovely moment of characterisation of a minor player, when Paul Brooke, as the Keeper of the Rancor which Han Solo and Luke Skywalker have just killed, mourns the loss of his monstrous charge.

All in all, though, I'm with the consensus that this is the weakest of the three original films. (What a shame that they never made any of the promised prequels.) I'm putting it half way down my list of Hugo/Nebula winners, below Bambi but above Fantasia.

There's a comics adaptation too, but before I go there, I bought an electronic version of the comic adaptation of The Empire Strikes Back shortly after I watched it back in October; but that was the weekend that I lost my iPad, so I did not get around to reading it until now. The second frame of the third (of six) parts is: 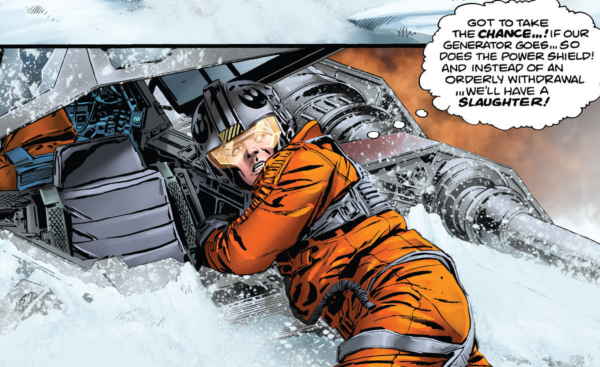 There's a whole new team working here - the first Star Wars adaptation was written by Roy Thomas and Howard Chaykin and drawn by Steve Leialoha, but the other two of the original trilogy were written by Archie Goodwin and drawn by Colombian artists Al Williamson and Carlos Garzon. It sticks pretty closely to the film, shot for shot; the art is perhaps better executed but less imaginative (if you see what I mean). I do love the frame-by-frame animation that you get on the Kindle version.
https://vc.videos.livejournal.com/index/player?player=new&record_id=1569958
You can get it here.

The comic adaptation of Return of the Jedi has only four issues, rather than the six for the two previous films. This is the second frame of the third part: 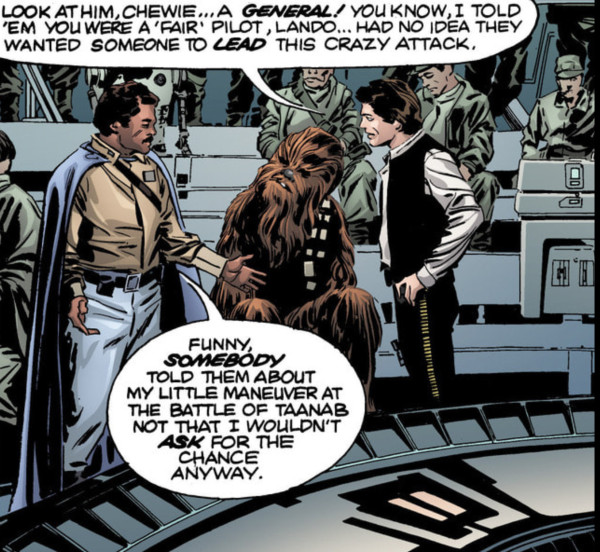 The action sequences, which are after all the main point, are well done, and here the animation is especially rewarding.
https://vc.videos.livejournal.com/index/player?player=new&record_id=1569962
In general I approve of the tightening up, yet despite my complaints above about the overall thinness of the plot, I felt that we skipped a couple of interesting points here; most notably the ghost scene at the end with the shades of Anakin, Yoda and Obi-Wan Kenobi is absent, and though it's a bit silly I felt it gave closure to the story. Anyway, you can get the comic adaptation here.

Next up: Terms of Endearment, that year's Oscar winner. Next up for Hugos: 2010.
Collapse