18 October 1933: birth of Edward Brayshaw, who played revolutionary Léon Colbert in the story we now call The Reign of Terror (First Doctor, 1964) and the War Chief in The War Games (Second Doctor, 1969). 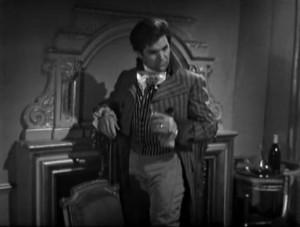 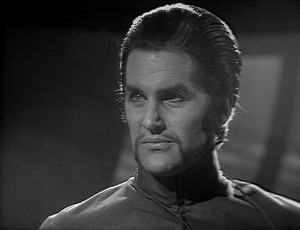 18 October 1963: Studio recording for "An Unearthly Child" (the version that was broadcast).

18 October 1975: broadcast of fourth episode of Planet of Evil. The Doctor clears the antimatter from the ship and restores Sorenson (who doesn't really deserve it in my view) to his normal self.

18 October 1980: broadcast of fourth episode of Meglos. The Doctor frustrates the evil cactus's plans, Brotadac accidentally destroys Zolfa-Thura, and the Deons and Savants agree to get along better in future.

18 October 1986: broadcast of third episode of Mindwarp (ToaTL #7). Brain transplants and battles; Peri is captured and prepped for her 'orrible fate.

18 October 1989: broadcast of third episode of Ghost Light (the last episode made of Old Who). Light is displeased; the women turn to stone; Control turns into a woman; and I'm sure it made sense to me when I watched it.

18 October 2010: broadcast of first episode of The Vault of Secrets (SJA).

18 October 2011: broadcast of second part of The Man Who Never Was, the very last ever episode of the Sarah Jane Adventures (sob).

July 2008 began very painfully. At the very end of June I had a vasectomy, and with somewhat imperfect timing moved office a few days later, thinking I would have recovered over the weekend. No. My testicles were swollen to the size of a tennic ball (felt much bigger) and I could barely walk. My gallant intern D and neighbour J did most of the packing up of the old office, and young F joined in the trip to IKEA and putting furniture together. I should also chronicle that the first external visitor to the office was A, who then worked for AP across the corridor but shortly after moved downstairs to Bloomberg, where she has been ever since. Here is D, screwdriver at the ready, wishing I would start helping her rather than sitting in the comfy chair taking photos. 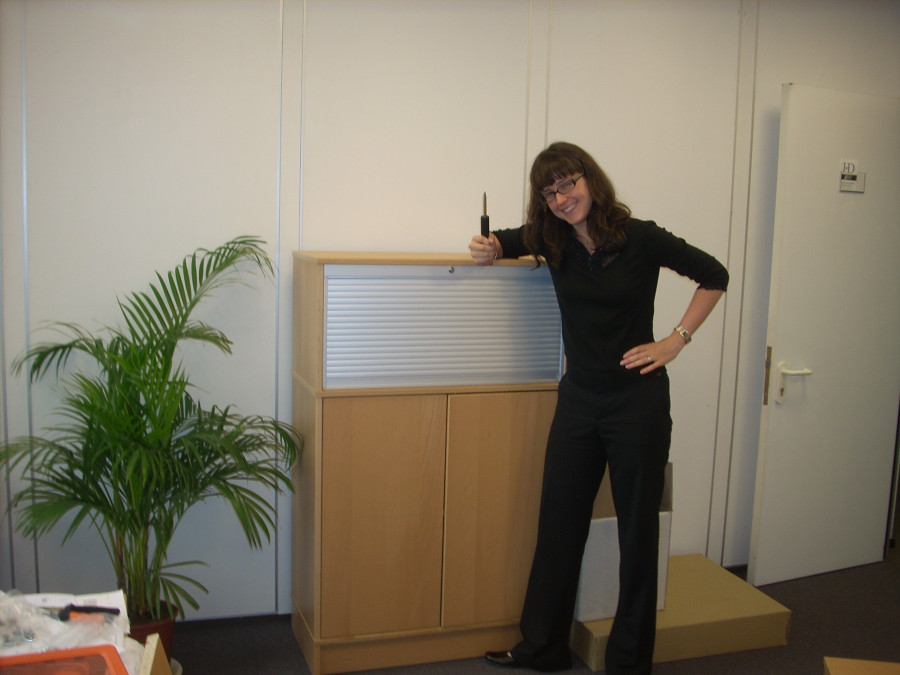 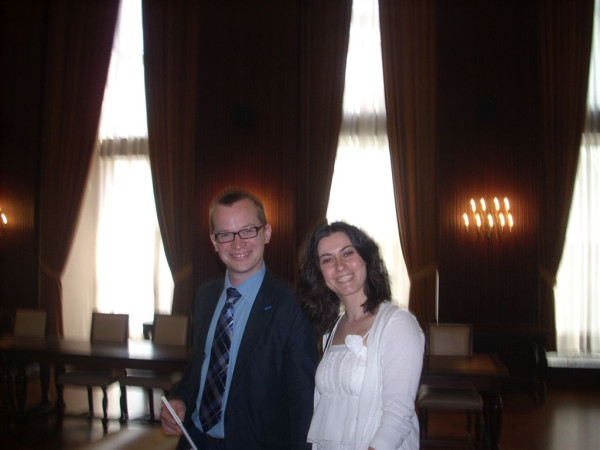 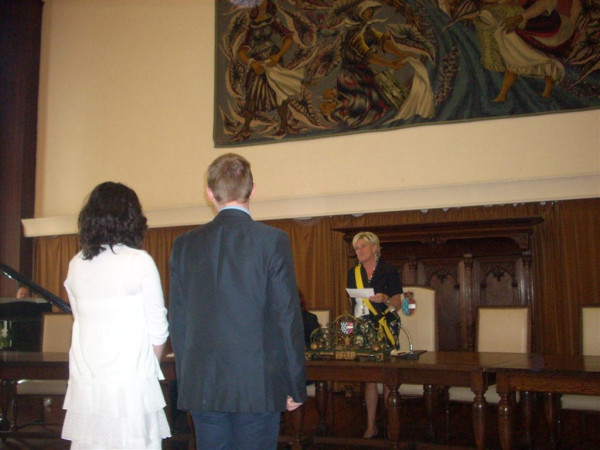 And we all attended the religious ceremony in the Église Sainte-Croix (the one off Place Flagey) a week later. 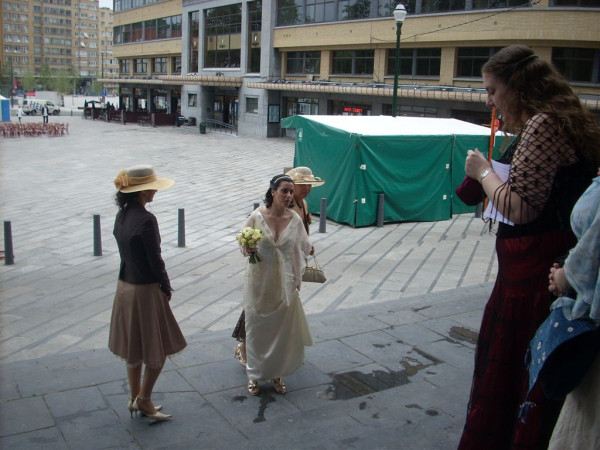 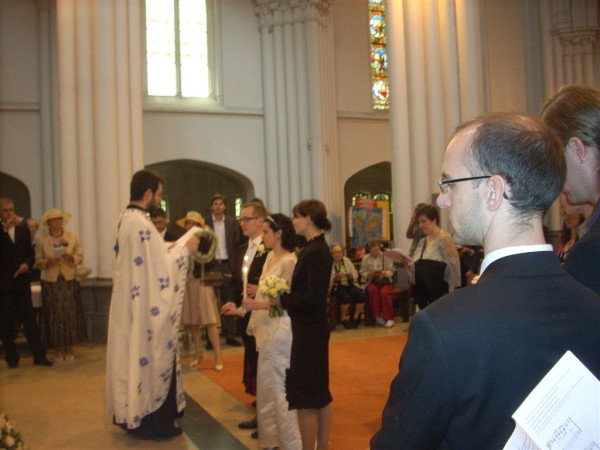 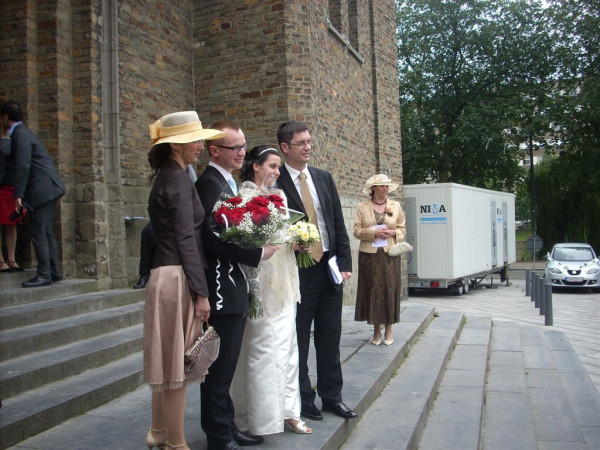 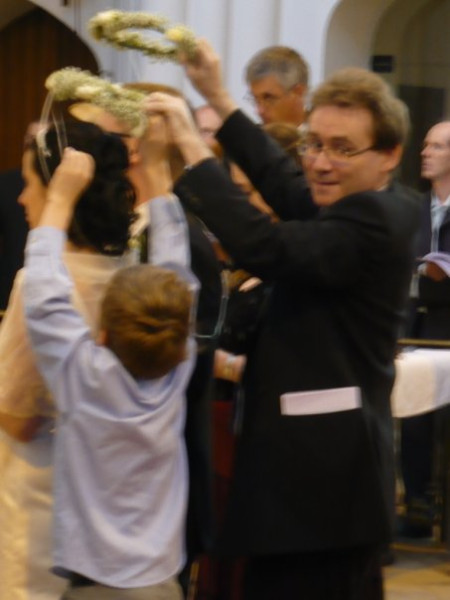 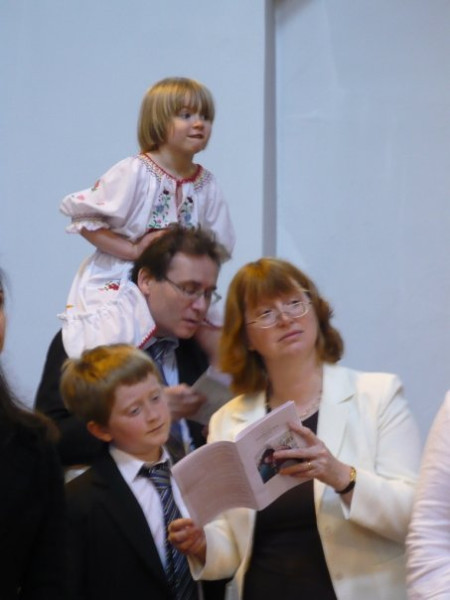 F had his ninth birthday at the end of the month, and two friends came round to meet the star attraction. 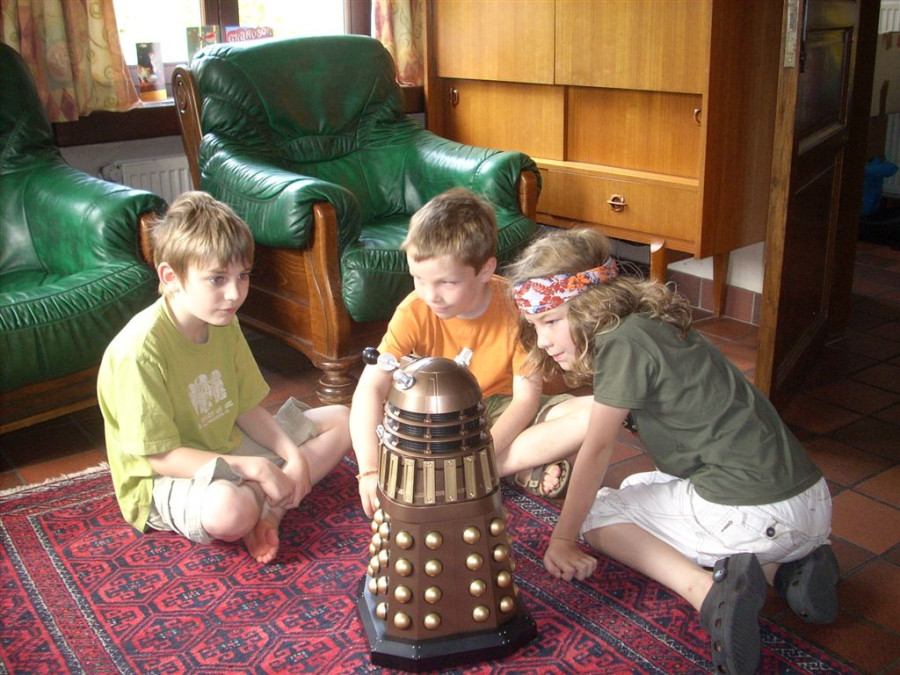 I had a day trip to London at the end of the month, and on 1 August we set off for our summer holiday.

Non-fiction 4 (YTD 36)
Why I am not a Christian, and other essays on religion and related subjects, by Bertrand Russell
The Periodic Table, by Primo Levi
The Cruise of the R.Y.S. Eva, by Arthur (McMurrough) Kavanagh
A History of India, by John Keay (did not finish) 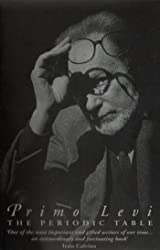 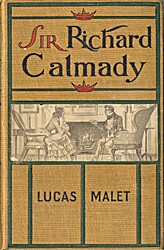 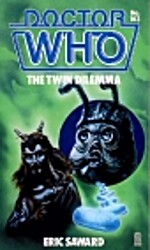 Very sorry to learn that the singer-songwriter Colin Wilkie left us today, at the age of 86. His wife and long-time performance partner Shirley Hart went before him, in August last year. They were folk musicians who made a reputation in the UK in the early 1960s, eventually settling in Germany in 1966 where they integrated into their new home while also becoming informal ambassadors for their home culture.

I particularly loved them because in the summer of 1986, when I had an accommodation crisis, they took me in, no questions asked, as an non-paying guest in their home for two months. Their son Vincent, now a musician in his own right, was travelling so I was able to stay in his room. I was 19 and must have been really annoying.

But Colin was always mellow, especially after his evening joint - the first time I'd seen anyone use marijuana. Their household also included a cat, by the name of Pink Floyd, who enjoyed the attention I gave. ("Do you think it's legal", Colin asked Shirley, indicating me and Pink Floyd, "for a chap to marry a cat?") I taught them to play Dampfross, the German version of the great boardgame Railway Rivals, and Shirley won every time. ("Next thing", said Colin, indicating me to Shirley, "he'll suggest we start playing for money.") In return they demonstrated the virtues of hospitality and generosity. And they had a wonderful collection of novels of varying degrees of quality.

Shirley's vocal chord problems meant that she wasn't performing professionally, but they would occasionally do a bit of jamming in the evening, to keep their hand in. Colin had a regular weekly TV spot. as well. Sadly there is no video of them together, but here's an audio of their performance of "The Family of Man", one of their standard numbers, matched with pictures of the two of them at the height of their career.
Here's Colin on his own performing "One More City" in 2003.
I lost touch with them after I left Germany in 1986, but was very glad to renew contact with Colin via Facebook in the last few years. They were a tremendous couple, and the world is poorer without them.
Collapse