9 October 1912: birth of Seymour Green who played two villainous sidekicks, Hargreaves the butler in The Seeds of Doom (Fourth Doctor, 1976) and Mestor's chamerlain, Slarn, in The Twin Dilemma (Sixth Doctor, 1984). 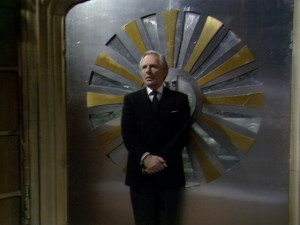 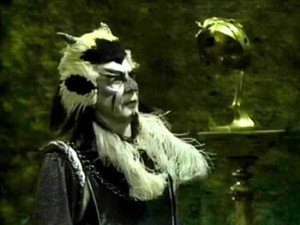 9 October 1963: filming starts on the eventually broadcast version of the first ever episode, "An Unearthly Child".

9 October 1965: broadcast of Mission to the Unknown, the only episode of Who where no member of the regular cast appears; Marc Cory discovers the Daleks' plan and tries to send a message back to Earth before he is killed. Thsi still isn't from the episode (which is lost) but shows producer Verity Lambert, who was on her way out at this point, being menaced by the alien delegates who are the Daleks' allies. 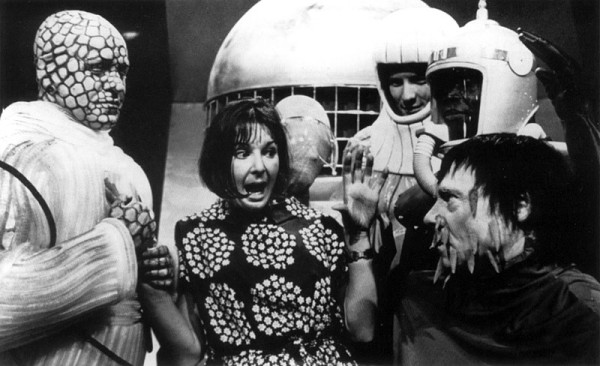 9 October 1976: broadcast of episode 2 of The Hand of Fear. Sarah is rescued from the nuclear reactor, but the mysterious stone hand has other people it can control... 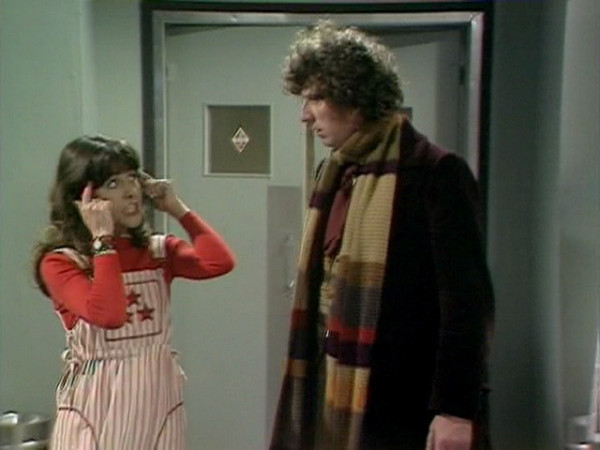 I travelled with my mother (sceptical. anxious), my widowed aunt Annie, who had been married to my mother’s brother (calm), and my fifteen-year-old son (curious). In Vienna we boarded a smaller plane for the 650-kilometre trip east, across the invisible line that once marked the Iron Curtain. To the north of Budapest, the plane descended over the Ukrainian spa town of Truskavets, through a cloudless sky, so we could see the Carpathian Mountains and, in the distance, Romania. The landscape around Lviv — the ‘bloodlands’ described by one historian in his book on the terrors visited upon the area by Stalin and Hitler — was flat, wooded and agricultural, a scattering of fields pockmarked with villages and smallholdings, human habitations in red, brown and white. We must have passed directly over the small town of Zhovkva as Lviv came into sight, a distant sprawl of an ex-Soviet metropolis, and then the centre of the city, the spires and domes that jumped ‘out of the undulating greenery, one after another’, the towers of places I would come to know, ‘of St George's, St Elizabeth's, the Town Hall, the Cathedral, the Korniakt and the Bernardine’ that were so dear to Wittlin's heart. I saw without knowing them the cupolas of the Dominican church, the City Theatre, the Union of Lublin Mound and the bald, sandy Piaskowa Hill, which ‘soaked up the blood of thousands of martyrs’ during the German occupation. I would grow familiar with all these places.

A great book by international human rights lawyer Philippe Sands, which looks at his own family history and the background of two hugely significant international lawyers, Hersch Lauterpacht, who successfully promoted human rights as an international responsibility, and Raphael Lemkin, who developed the legal concept of genocide, and how they intertwined in the city of Lviv (as it now is) and the nearby town of Zhovka/Żółkiew. He also throws into the mix Hans Frank, the Nazi ruler of Poland, and his sidekick Otto von Wächter, both of whom have surviving sons whose takes on their fathers' careers are grimly different from each other. Carefully reconstructed from letters, photographs, documentation and memories, and framed by the Nuremberg trial of Hans Frank for crimes against humanity, it's a superb account of how ordinary enough circumstances can transform into horror and also generate genius. You can get it here.

I've never been to Lviv, but it always fascinated me as the capital of the province of Galicia on the Diplomacy board (Lemberg in those days). I'm even more fascinated now.

This was my top unread book acquired in 2017 (actually on loan from my father-in-law). Next on that list is Borderline, by Mishell Baker. 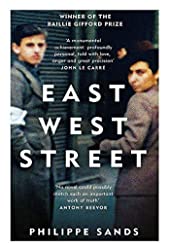