2 October 1932: birth of Gabriel Woolf, who played Sutekh in Pyramids of Mars (1975) and voiced the Beast in The Impossible Planet and The Satan Pit (2006). He also voiced Rossiter in the Big Finish Sixth Doctor audios Arrangements for War (2004) and Thicker Than Water (2005). (We don't see his face, no no photos.)

2 October 1950: birth of Ian McNeice, who played Winston Churchill in several Eleventh Doctor stories between 2010 and 2011. 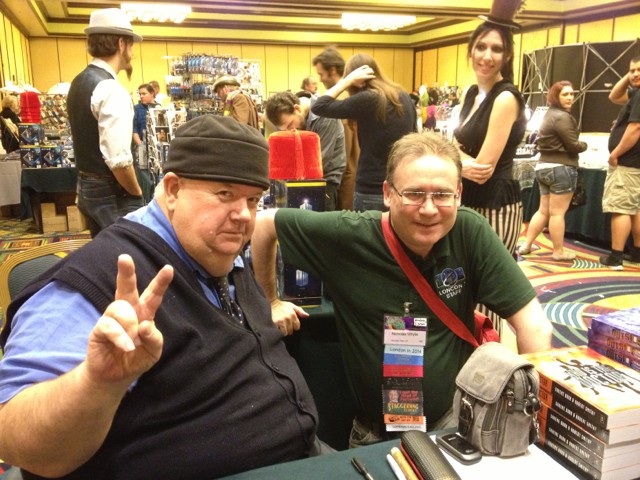 2 October 1965: broadcast of "The Exploding Planet", fourth episode of the story we now call Galaxy 4. The Doctor and friends manage to repair the Rills' spaceship and escape the Drahvins, who are left behind on the planet as it explodes. 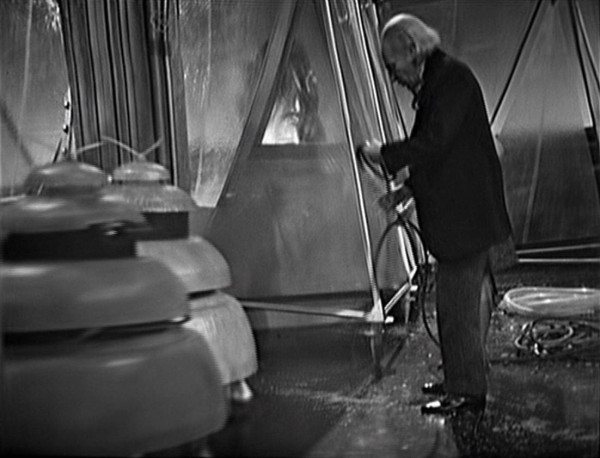 2 October 1976: broadcast of first episode of The Hand of Fear. The Tardis lands in a quarry which is playing a quarry. Sarah and the Doctor are caught in an explosion and Sarah picks up this mysterious hand that starts to take over her mind... 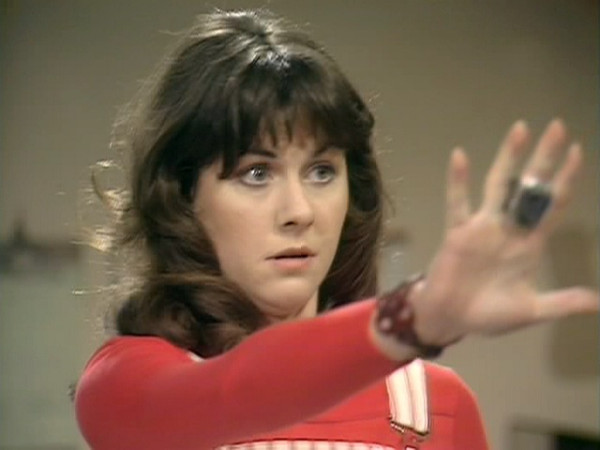 Before bed, I had written to Glisselda about Abdo and Lars’s success. A page boy interrupted my breakfast with an invitation to the Queen’s suite. I put on a nicer gown than I would have otherwise and went to the royal family’s wing of the palace. The guard, who was expecting me, let me into an airy sitting room with high ceilings, salon couches around a tiled hearth, and draperies of gold and white and blue. At the back of the room before the tall windows stood a round table set for breakfast, and behind it sat Glisselda’s grandmother, Queen Lavonda, in a wheeled chair. Her spine was bent; her skin looked pale and fragile, like crumpled paper. Her grandchildren sat on either side, chatting encouragingly at her. Glisselda spooned porridge into her grandmother’s mouth, open like a baby bird’s, and then Kiggs tenderly wiped her chin.

I hugely enjoyed Tess of the Road, the third in this series, when it was up for last year's Lodestar Award, and also liked the first, Seraphina, when I read it earlier this year. The stories are fantasies set in a world where dragons and humans are at odds, but also sometimes interbreed; the dragon/human relationships can be read as race, gender or whatever you like, but in the story they have an integrity of their own. The first half of Shadow Scale seemed to be marking time to get the narrator from A to B, but the second half really pays off in terms of explaining some of the underworkings of the universe. There is some romance, but gosh, it is diverse romance, and I'd hugely recommend this to the YA readership who are its target audience, and indeed to older readers as well. You can get it here.

This was my top unread book by a woman. Next on that pile is The Tropic of Serpents, by Marie Brennan. 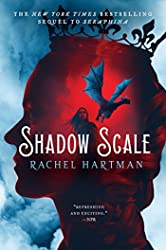