20 September 1921: birth of Jack Kine, visual effects designer whose photograph is used on screen for the facist leader of the parallel Britain in Inferno (Third Doctor, 1970). 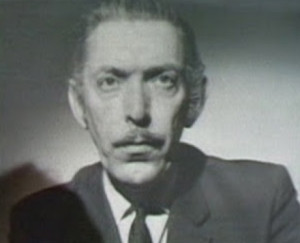 20 September 1925: birth of John Wiles, innovative producer who succeeded Verity Lambert but did not last long in 1965-66.

Also 20 September 1925: birth of Christopher Barry, who directed nine and a half stories from the first four Doctors between 1963 and 1980. 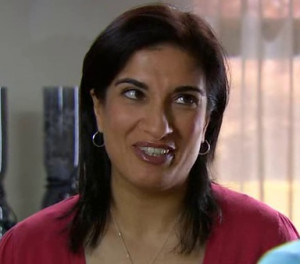 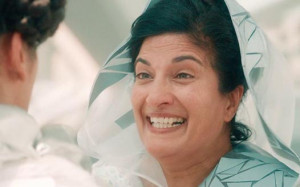 20 September 1975: broadcast of fourth episode of Terror of the Zygons. The Doctor foils the Zygons' attempt to attack London with the Loch Ness Monster, and Harry stays behind on Earth. 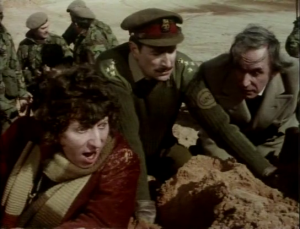 20 September 1980: broadcast of fourth episode of The Leisure Hive. Pangol attempts to create an army of dupicates of himself, but the Doctor and Romana regress him to infancy, and depart. 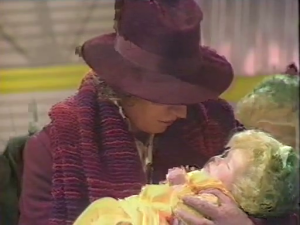 20 September 1986: broadcast of third episode of The Mysterious Planet (ToaTL #3). The Doctor and Peri continue being chased around the mysterious planet, now revealed to be Earth. 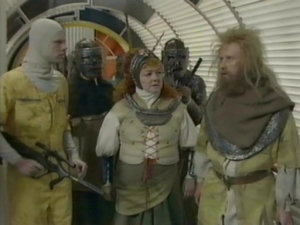 20 September 1989: broadcast of the third episode of Battlefield. The grand battle between UNIT and Mordred's forces, though this turns out to have been a diversion. 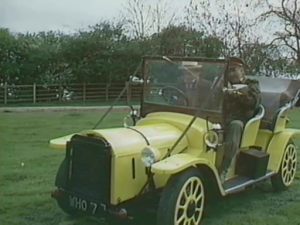 20 September 2015: broadcast of Time Heist. The Doctor and Clara find that they are robbing a maximum security bank, but why? 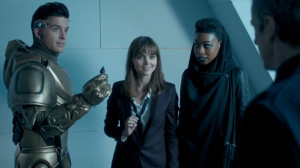 Not so much bookblogging here recently because I've been in a couple of big long reading projects, all of which are now concluded. So I'll be filling in the gaps over the next few days. Here are two Thirteenth Doctor novels by the same writer, set shortly after the first series of Thirteen Doctor TV stories.

The Secret in Vault 13

Graham was packing a case for the upcoming holiday and singing along to a playlist of seventies classics, which was being piped into the room by the TARDIS's rather fabulous - when it worked - sound system.

This is rather fun. It's a book of two halves: first of all the Doctor and friends discover the mysteries of the Galactic Seed Vault, and then they have to run about collecting the keys to open it (à la Marinus or Key To Time). Lots of continuity references for us old schoolers to spot. Written for a younger audience. You can get it here.

The Maze of Doom

Of all stories from the classic era, I had not really expected The Horns of Nimon to provide material for a New Who novel. (Bearing in mind that even The Smugglers got a sort-of sequel in The Curse of the Black Spot.) Much adventuring for our team in a secret Mediterranean base where dire things are being plotted for humanity and particularly for poor Ryan. Great fun again, not very deep. You can get it here. 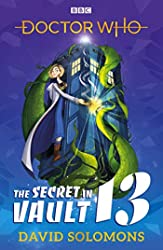 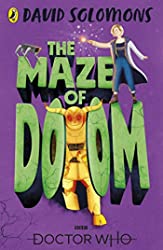