22 August 1925: birth of Ivor Salter, who had three roles in Old Who - the Morok Commander in the story we now call The Space Museum (First Doctor, 1965), Odysseus in the story we now call The Myth Makers (also First Doctor, 1965) and Sergeant Markham in Black Orchid (Fifth Doctor, 1982). But for my selfish purposes, he was also the semi-regular policeman in Here Come the Double Deckers! 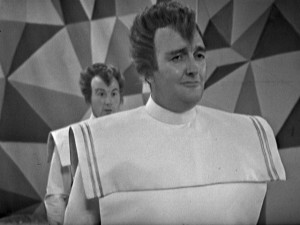 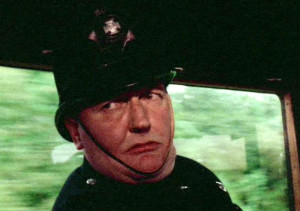 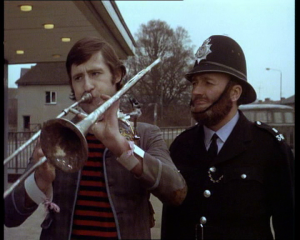 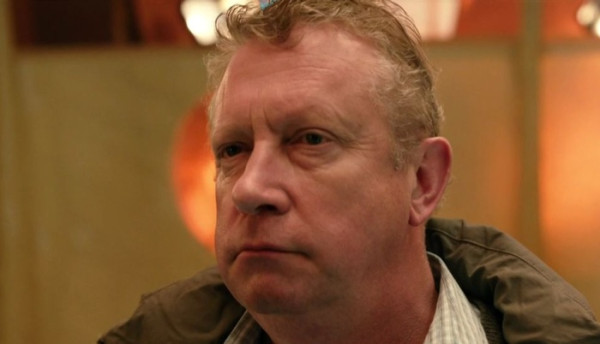 22 August 1964: broadcast of 'A Change of Identity', third episode of the story we now call The Reign of Terror. Susan and Barbara are rescued; Ian escapes; the Doctor disguises himself as a Regional Officer (magnificent uniform), but the jailer has rumbled him... 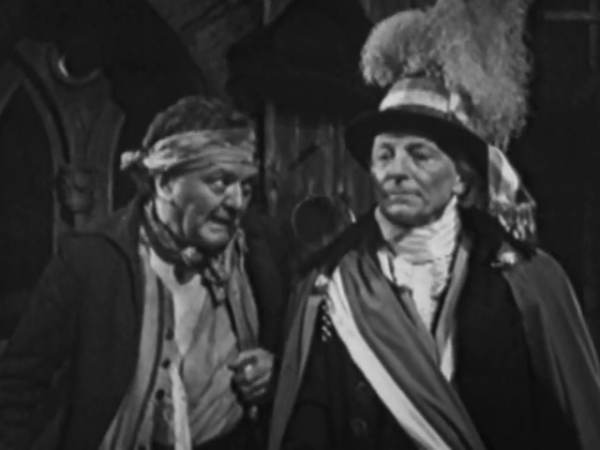 22 August 1985: broadcast of episodes 5 and 6 of Slipback on radio. Eric Saward still thinks he is Douglas Adams and the Doctor manages not to prevent the Big Bang.

22 August 1572: The Doctor reappears, and he and Steven make it back to the Tardis, leaving poor Anne Chaplet to face the awful events of the following day. (as shown in The Massacre, 1966)

A Boy and His Dog won the 1976 Hugo for Best Dramatic Presentation, beating Dark Star, Monty Python and the Holy Grail, Rollerball and The Capture (a fannish slide show about aliens capturing a cruise ship). I must say I can't quite believe this; I have seen the first two of these and they are way better, and my skimming of Rollerball a couple of years back looked more promising also. I guess Harlan Ellison was being rewarded for his popularity in the fannish community of the day. (Other Hugos that year went to The Forever War, "Home is the Hangman" and "Catch that Zeppelin!". And why was Dark Star on the ballot? It was released in the wrong year, surely?) A Boy and His Dog had also been on that year's Nebula ballot, along with Rollerball and Dark Star, but was (rightly) beaten by Young Frankenstein. IMDB users rate A Boy and His Dog 35th and 26th on the two systems. 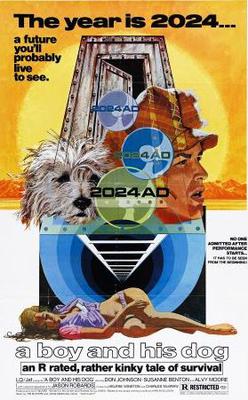 We have one returnee from a previous Hugo winner: Alvy Moore, who plays Dr Moore on screen here and was also the producer of the film, had an uncredited part as Zippy in the 1953 War of the Worlds.

The film is based on a Nebula-winning story by Harlan Ellison, and has almost exactly the same plot. In a post-apocalyptic dystopia, Vic and his faithful telepathic dog Blood wander the desert fighting people. They meet Quilla June, who tempts Vic down to the underground refuge where her people have preserved the pre-apocalypse spirit of middle-class America. It turns out that Quilla June's people only want to use him for his sperm, which is more virile than they can provide, so they escape back to the surface only to find poor Blood on the verge of death due to inadequate protein consumption in Vic's absence. Vic fixes this by killing Quilla June and feeding her to Blood, so everyone lives happily ever after except for her. (This last bit is not shown, but heavily implied, in both story and film.) Here's a trailer, claiming without irony that it is the best science fiction film ever made.
I was not hugely impressed. As so often, everyone is white. Women are there to use for sex (above ground) and reproduction (below). The first and longer part of the film is set in the desert dystopia which we now regard as a Mad Max cliche, though in fairness Mad Max must have been at least partly inspired by A Boy and His Dog. There is lots of shooting, and Quilla June is pursued.

I actually thought the underground sequence was much more interesting. I've been trying to think of sources - the Morlocks of course are the original, and I wonder if any of the production team had seen the 1967-8 Doctor Who story, The Enemy of the World, in which a community of scientists are deceived into staying underground and causing earthquakes and volcanic eruptions. But the level of creepiness of the preserved Topeka - with everyon in white-face, no less - is extraordinary. (IMDB has a story that when fans at the 1974 Worldcon were given a preview, they found this sequence much more bring than the desert scenes. Not sure if I believe that, but the next year they voted for this instead of the better alternatives, so who knows?)

The gender politics of the story are not exactly in tune with today's sensibilities, but it should be recorded that Quilla June in the film is much more assertive than in the original story. She is absolutely on for sex with Vic (the original story's explicitness about her lack of consent was probably too much even for the 1970s), she thwacks him and others as well as being a good shot, and most crucially she actually busts him out of Topeka and back to the surface, where in the original story he breaks out by himself and drags her along with him.

And look, the dog is absolutely fantastic. Blood is played by Tiger, who had been a replacement for the original dog in The Brady Bunch. I'm really impressed by his cool demeanour and ability to look intelligently in the right direction. There's a lovely moment near the end where Don Johnson, playing Vic, mistakenly addresses Tiger by his real name; for whatever reason, they kept that in. He gets a lot of good lines too, spoken by Tim McEntire (who also wrote the music).

Not a film for the ages, but I've ticked it off my list at least. The following year there was no Hugo or Nebula award for films. Then I think some obscure flick came out in 1977 that got some attention at the time.

Oh yeah, I re-read the story as well, though there's not much to add to the above. The second paragraph of the third chapter is:

There was one building standing all alone at the end of the smashflat block, like it had been missed and chance let it stay. She ducked inside and a minute later I saw a bobbing light. Flashlight? Maybe.

Edited to add: The day before I wrote this, Bright Lights Film journal published a much better examination of both film and novella (and of the original film script, which differed substantially from both) by Stephen Harris: "A World Like This Deserves Contempt: Adapting Harlan Ellison’s A Boy and His Dog". Go read it instead.

We didn't publish the full stats for the 1945 Retro Hugo categories that weren't put to the final ballot this year, mainly because voting ended only seven days before the Retro ceremony and we had to prioritise fairly ruthlessly.

But after internal discussion, we are publishing them here. There is only one category that is remotely controversial (and there of course the voters delivered karma to us anyway by delivering a tie in the other category closely related to that one).

Going in order of increasing complexity:

1945 Retro Hugo nominations for Best Semiprozine:
There were none.

Impossible to have a full final ballot without including several nominees who received only 3 nominating votes.

It was impossible to have a full final ballot without including several nominees who either received only 3 nominating votes or were of the wrong length for the category, ie below 90 minutes.

Where possible we transferred nominating votes from this category to Best Dramatic Presentation, Short Form; but if voters already had a full ballot in Short Form, their votes could not be transferred.

This hit some nominees particularly hard, and speaking personally I must say I regret that we weren't able to get The Uninvited as a finalist; I enjoyed it more than any of the others. But there you go - I just count the votes, I don't get to choose who wins.

(As a matter of fact just one of my first preferences for the 2020 Hugos won. If you are wondering if it was you, well, yes of course it was.)